The Struggle of Great Lent – ΙI

Of course, we must keep the fast only as far as we’re able, with discretion, because we’re not all the same. “Unless the good be done well, it is not good”. In other words, unless good is done in a good way, method, time and amount, but instead is done without discretion, then it’ll do more harm than good. Fasting is certainly extremely necessary, it’s good, but it’s a means rather than an end The means has an end and that is humility. This is why we need to arrange everything in accordance with the discretion of a spiritual father, someone illumined by the Holy Spirit. Your spiritual father will tell you  how much to fast, how often to receive communion, where to strike at the enemy, what you should do here and what there. And then, through the discretion of your spiritual father, you can put your house in order. We shouldn’t do more than is appropriate, we need moderation in all things, because immoderation cancels out any benefit. So fasting is holy, but it’s a means. We should adjust it according to what our spiritual father says and what out psychosomatic powers allow. As long as there’s good will. Basil the Great says there’s as much difference in resilience between people as there is between iron and grass. Saint Synklitiki fell ill towards the end of her life with a throat disease. Her blessed throat, which had always spoken the word of God, festered on the inside. Her mouth had saved countless people. The devil had asked permission to test her and God had granted it. The stench from her rotting flesh became so bad that the nuns had the greatest difficulty in seeing to her needs. They used the most pungent perfumes to try and bring her a little respite in her sickness. When her mouth had been healthy, it had spoken and brought benefit to many, but when she fell ill, she was able to preach even more strongly. How could a silent and rotting mouth preach? She noiselessly declared her great patience and endurance in God’s trial. She made a titanic effort to deal with the devil of impatience, of complaint, of the labour and toil of sickness. What did she need with fasting? This is why illness is regarded as involuntary asceticism. One person has cancer, another diabetes, somebody else has lots of troublesome health problems. How will these people purify themselves? How will they see God’s light? Through patience and giving thanks to Him. These make up for the fast which, because of their illness, they’re unable to keep, and, in fact, often struggle ten times harder than if they were fasting.

During this period, we really have to struggle to purify ourselves. From the ascetic tradition we have hermits who spent the whole of their lives in the desert, with labours, toil, fasts, tears, sleeping on the ground and deprivation of every other kind of pleasure. And all this effort, together with the struggle of the soul against all kinds of thoughts concerning the rebellions of the flesh, engendered sanctity. So every Christian who’s a monk and wants to experience purification has the right to labour and not be deprived of his reward. Purity brings great boldness towards God, because He Himself is pure, the Mother of God is most pure and Saint John the Theologian lived his life as a virgin, as did so many other saints. The whole beauty of the Church is founded on purity and spotlessness. When our heart is pure and beautiful it will exude fragrance and loveliness. But if people have filth in their hearts, that’s what they’ll expel. Let’s struggle to cleanse the inside of our glass, our heart, so that we’ll be pure and pleasing in God’s eyes.

We have instances from Church history of many people “in the world” (not monastics, that is), who pleased God and became great. Abba Paphnuti [from Ancient Egyptian = “man of God”], an ascetic of great gifts, once prayed to God and said: “God, who have You placed me with. With whom do I share the same measure of virtue?”. And he heard a voice, saying to him: “Down in Alexandria there’s a poor man, a cobbler, down in a basement. You have the same amount of virtue as he does”. “But I’ve been a hermit in the desert from childhood and I’m equal in virtue with a lay person, a married man?”. “Yes, you’re equal to him”. The next day, the saint picked up his staff and his bag, put in some dry rusks and set off for Alexandria. He went down into the city, found the layman and said to him: “What do you do here, friend?”. “What should I do, father? I’m a sinner, the worst person in the world”. “Can we talk?”. “Certainly”. “What’s the virtue that you’re working on acquiring?”. “Virtue, me? I live ‘in the world’ and am completely mixed up. Now you, you’ve got virtues”. “No, you’re doing something”. “I’m not doing anything”. “God showed me, so you can’t tell me lies. I prayed and He told me that we share the same measure of virtue. There must be something about you”. “Sorry, Father. If what I do can be considered something, I’ll tell you. I married, and from the moment I put on the crown, I said to my wife: ‘If you love me, we’ll live apart, like brother and sister and work for the sanctification of our souls. Do you agree’. ‘I agree’. And since then we’ve lived in purity and virginity”.

In the desert, Blessed Paphnuti tried to cleanse himself through the ascetic life, and restraint, in which he was greatly assisted by the condition of his way of life. The other man lived “in the world”, with a wife, with all the challenges of secular life and, with God’s help had reached the stature of a saint. And his struggle was greater than that of the hermit. Proof that he was great in the eyes of God.

After that, something else happened which has to do with this cobbler. One day a Christian went to the Blessed Paphnuti and said:

“Father, I quarrelled with a priest and I don’t know how he reacted, whether he cursed me or swore at me, but he’s now departed this life and we weren’t reconciled. What do I do now?”.

“There’s nothing I can do in this case, but there’s a holy man who I’ll send you to and he’ll help. Go down to Alexandria, to a basement where there’s this cobbler. Tell him I sent you, mention the problem and he’ll help”.

The Christian said to himself: “For goodness’ sake. A hermit can’t help and a layman can?”. Nevertheless, out of obedience to the hermit, he did as he was told. The cobbler told him to wait until night fell and then took him to a church in the city. After again telling him to wait, the cobbler went up to the large door made the sign of the cross and it opened. The inside of the church was bathed in light and there was heavenly music. The cobbler told the man:

“Go in there and look at the choirs on the left and right. You’ll see the priest there”.

The man went in, saw the priest in the left choir and received his forgiveness.

You see what ascetic effort can achieve? What the soul’s struggle can do? What did that layman do to purify his soul. When he told the girl he’d married  that they should live like brother and sister, was that an end to it? No, they fasted and kept vigil together, they made prostrations and read the Gospel. They read Patristic books, went to church, confessed, took communion, chased  away evil thoughts and struggled assiduously. And that’s how they became saints “in the world”.

So here is proof that even “in the world”, when Christians take on the struggle with good will, the Grace of God does not exclude anyone. But we make excuse for ourselves and say that because we’re “in the world”, we can’t. Desire gets the better of us. What do we need to do? Fight in the body and in the soul. In other words, control our thoughts. Thoughts come, sinful fantasies, images, faces, idols and scenes. We must get rid of them immediately with “Lord Jesus Christ, have mercy upon me”. When the mind is careful not to accept all of that and has the divine weapon, the Name of Christ, then every enemy of our soul is slain, whether it be the devil, sordid fantasies or repulsive thoughts. Then, if we guard our soul, mind and heart in this way, our inner self will remain clean and pure.

Let’s struggle really hard now, and the rewards will be very great. Nobody finds grace unless they make the effort. If a farmer doesn’t tend his crops, he won’t see any yield. When our fast is accompanied, reinforced and flanked by prayer, study, vigilance, church attendance, confession, Holy Communion, good works- especially almsgiving- then the beauty of the preparation of the soul for the reception of Great Week is complete. Then we’ll experience the Holy and Sacred Passion of Christ  more intensely, because our heart will soften, it’ll alter and it’ll realize how great God’s love for humankind is. Then, within us, we’ll experience very forcibly the Holy Resurrection, we’ll celebrate it in a way befitting to God and we’ll celebrate Holy Easter together with the angels. Amen. 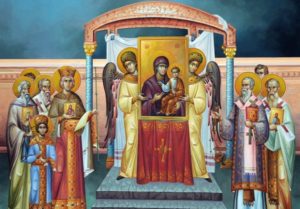 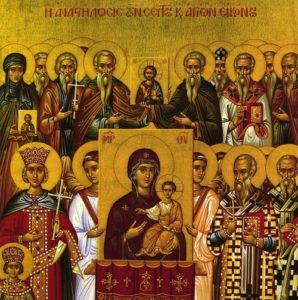 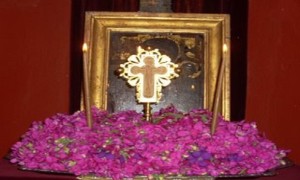 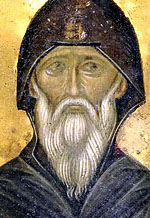 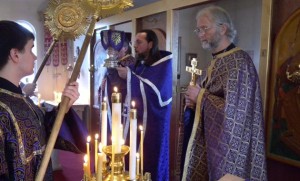