These well meaning Christians in particular no longer recognize that help, both for oneself and for others, requires the “prayer and fasting” commanded by Christ Himself. They resist the very idea that one must learn those difficult arts both through a life within the Church and under the guidance of someone with experience. In refusing such therapy, these Christians implicitly endorse the project which cost our forefathers Paradise:  They want to discern good and evil by themselves, and outside of obedience to God. Even if they do sometimes tolerate the idea of such obedience, they refuse to access its meaning by listening to their pastors. They have a deep suspicion of spiritual fatherhood, preferring guidance from therapists, friends, or a favorite blog and magazine. 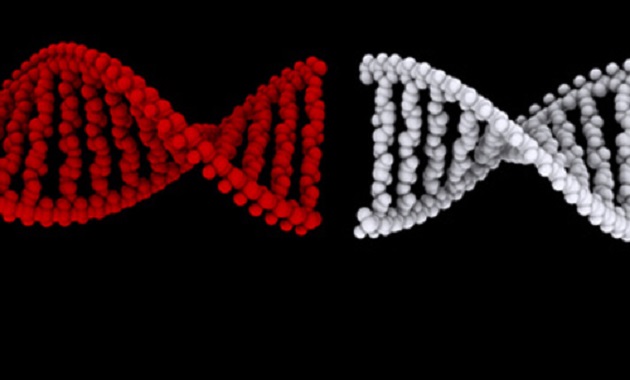 To summarize: the West is like “burnt earth” for Christianity: Those who reject it take its perverted Western part for the whole. They discount Orthodoxy as incompatible with the secular values which have become their Ersatz-religion. Those who affirm the Christianity of their cultural environment are dead set about declaring their starved souls to be well supplied.

An additional challenge derives from how the Orthodox Church presents herself, at least in Europe. Here, unlike in America, each diocese serves its own immigrant believers, and does so in languages which are inscrutable for anyone who might chance to drop by. We locals will have to wait until the grandchildren of those immigrants no longer understand that foreign language, and they themselves will press home the local vernacular. In addition, in Europe, unlike in America, the Orthodox churches are (as a rule) poor. Rich dioceses are not always willing to share their buildings with poorer parishes. The majority of these parishes therefore depend on financial support and hospitality magnanimously supplied by the Western Christianities. Such support is offered, and peaceful “ecumenical” cooperation safeguarded, under condition that no “proselytizing” takes place. For me who has lived the greater part of her life as a Protestant, and, even while enjoying that confession at its very best, remained deprived of proper guidance, this is an extremely painful situation.

On the other hand, my experiences in the USA have also alerted me to the risks involved in an all too speedy acceptance of converts, especially of whole congregations of converts, along with their pastors. It is difficult to shed one’s intellectual and emotional habits. It is also difficult to go against the mainstream. It is very difficult to discern the slight but decisive misguidance that comes with heterodox Christianities’ affirmation of the “good” of human dignity, social solidarity, fairness, inclusion, or tolerance. It is tempting to let one’s cultural criticism be detoured to complaints about capitalism and the military-industrial complex (about which no one can personally do much), rather than focusing on the widespread disregard for Christ’s restoration of human nature (and the demands that restoration imposes, in pointedly personal ways, on those thus restored). Many Orthodox in the West, and not only the new converts, have caught the virus of wanting to “fit in”. This is how they allow their energies to be directed away from the simple discipline of obedience and of a humility that survives the test of daily family and professional life. Many well adjusted Orthodox in the West have intellectualized, internalized, psychologized their faith. They no longer go to confession regularly and no longer properly prepare for holy communion. They no longer struggle to keep up their prayer rule or fast. Deprived of the protection which such basic ascesis can offer, even Orthodox academic theologians and priests, and thus the very “talented” ones who should work for converting “the nations”, lose the flavor of their salt. They adopt a language (and the priests among them a way of shaving and dressing) which fails to properly indicate the difference Orthodoxy makes.  If we Orthodox intellectuals speak (and if our priests look) like everyone else in the secularized West, we deprive those whom we should in love bring back to the Church of one prima facie opportunity to even notice our invitation.

To be sure, there is no greater joy in life than to finally find the Church. But a beginner will also encounter traps and temptations. He needs expert guidance. For a whole year, my godmother, Susan Engelhardt, “held my hand” through long telephone conversations every week. In addition, I shall never stop thanking the Engelhardts for the care they took in seeking out the right kind of guidance for me: Archimandrite Basilius Grolimund of the St. Spyridon skete in Geilnau. Here I found a father who would answer most of my urgent questions right away, persuade me to postpone others which needed further training, who keeps cutting off every new delusion, protects me against all enemies, orients my striving, discourages my faults, offers his own and his brotherhood’s struggles as a model that encourages humility, and, most importantly, supports my path through His holy prayers.

Thus, to come back to your question, my answer is still rather Traditional: The “role of Orthodoxy in the West today” is to generate (or plant) such elders. Around them, out of the spiritual devastation left behind by a distorted Christianity and it’s even more perverted enemies, both dissatisfied non-Christians and yearning would-be Christians do in fact assemble. They somehow do manage to stand through the long and dry services in Serbian, Greek, and Russian, none of which they understand, and in an occasional German they hardly understand. They do manage to choke down their disappointment when the number of pilgrims prevents a hoped-for conversation with Father (again!), do manage nevertheless to come back, manage to listen to his sometimes painful advice, strive to follow such advice, – and find in the love that resides in that place the glory of God.