a) The dominant theme in the hymnology of Cheese-fare Sunday is ‘Adam’s Lament’ since ‘on this day we keep the memory of the expulsion of Adam the First-created from the paradise of delight’.

In Paradise, Adam, the father of the whole world, knew the sweetness of divine love. So when he was expelled because of his sin, abandoned by God’s love, he mourned bitterly and heaved deep sighs, as Saint Silouan the Athonite tells us. 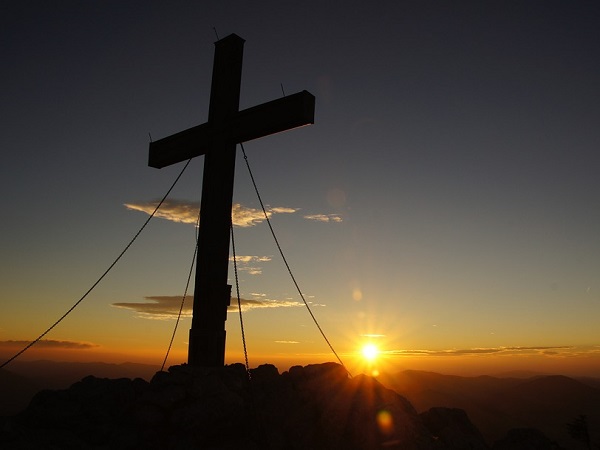 b) Before the fall, according to Biblical and Patristic tradition, Adam had shared in God’s glory. He was endowed with the gift of prophetic insight. He contemplated the whole of creation prophetically. He named all things in accordance with their properties. He had a share in spiritual gifts, which he lost through his disobedience. And he found himself naked and recognized his ugliness. He was overwhelmed with the fear of hell and his outlook became earthly and wicked.

c) Before the act of disobedience, God had warned about the concomitant misfortunes. This warning seems to have been a kind of threat, as Saint Gregory Palamas teaches, and he goes on to say that our ancestors had the opportunity to avoid the fall in three ways: by loving God, by knowing Him or through fear of His almighty power. The acceptance of the deadly advice of the devil, ignorance and being unmindful of the Creator, as well as the loss of the fear of God all led to the act of disobedience.

d) The repercussions of Adam’s transgression were of decisive importance for the whole of the human race. By severing our communication with God, we now grow up with passions and become accustomed to a life of sin. The mind is darkened and the passions grow. Our motive for observing the divine commandments isn’t the love of God but fear of punishment.

Saint Gregory Palamas says that many people blame Adam for setting aside the divine command and bringing corruption and death into the world. But we can’t condemn him too severely because he’d had no experience of the deadly nature of disobedience. Those Christians whochoose the same path as he did, even though they know full well the consequences of his transgression, bear a much heavier burden of responsibility.

e) So while Christians know that the ‘wages of sin is death’ (Rom. 6, 23), they chose to follow Adam’s path. This is evident both in our personal and social life. Somebody else is to blame for all of our misfortunes, and we condemn them as corrupt, rapacious, treacherous and back-biting. Responsibility is transferred to impersonal institutions and, in the end, to God. There’s not a trace of awareness among people, who are flattered all the time by spiritually imbecilic leaders, that each of us, to the extent of our powers, is responsible both for the decline and the progress of society. We’ve arrived at the tragic point where we’ve expelled Crucified Love from our lives. We’re orphaned and complain that other people have killed our father.

f) All of this has been written with pain, but also with a glimmer of hope, which is founded on the liturgical texts and the hymns of the Sunday of Cheese-fare. Because the lamentation of the old Adam has been transformed into inexpressible joy by Christ, the new Adam, Who took upon His shoulders the burden of alienated humankind, showing the way to the Cross and the Resurrection. Instead of bewailing our lot over the multi-faceted crisis and lamenting, like ‘owls in waste places’ (Ps. 101, 7. Sept.), let us all accept our own responsibility and repent before God and other people. Society might not then be transformed into Paradise, but at least it won’t be transformed into Hell.