Today’s Gospel reading presents us with two typical kinds of people: a Pharisee and a Publican, who were praying in the Temple. They were the two opposite poles of society at that time. One was pious and righteous in the eyes of others, an expert on the Law who belonged to the group of the Pharisees, the leading religious class. The other was a representative of the class of sinners, of people whose profession was associated with extortion, violence and siphoning off the property of the people. In the view of the whole of society at that time, a publican was the worst of sinners. 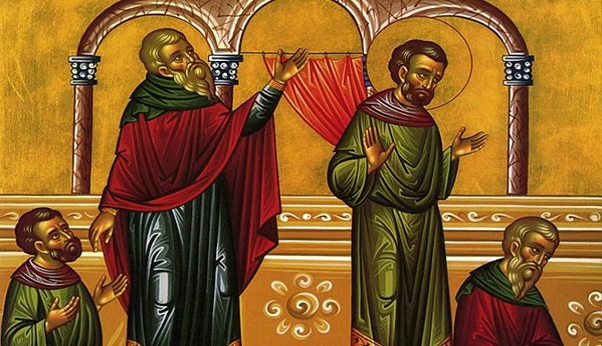 What did these two people say in their prayers? Let’s look first at the prayer of the Pharisee, in an effort to see whether we would recognize this kind of religiously-active person among us today. ‘God, I thank you that I am not like other men, extortioners, unjust, adulterers, or even like this tax collector. I fast twice a week, I give tithes of all that I get’. This prayer’s a hymn to himself and his virtues. The Pharisee lists his works and feels incomparably superior to other people, whom he regards, in general, as sinners. He thanks God, or rather congratulates himself, because he’s over and above everyone else. He doesn’t feel that he lacks anything at all. He’s self-sufficient and seems not to depend on God in the slightest, since he has so many of his own works to support him and about which he can boast. At the centre of the world he sees not God but himself and his universally acknowledged virtues. All he needs from God is recognition and confirmation of his virtues. How could God have any other opinion about this accomplished, virtuous person? He feels as close to God as if he had entered an agreement with Him to judge and condemn sinners together.

Does God concur with the Pharisee’s certainty, though? The answer’s given at the end of the parable. But let’s look at the prayer of the publican. Devastated by his sins and recognizing that every one of his actions and activities is linked to sin, he seeks God’s mercy, while beating his breast. ‘God, be merciful to me, sinner that I am’. He doesn’t judge anyone, he condemns only himself and recognizes he’s completely lost without God’s mercy.

He was ‘vindicated’: that is, at the end of the parable, it was the humble publican not the conceited pharisee who found grace and went home innocent and reconciled with God. ‘For those who exalt themselves will be humbled, but those who humble themselves will be exalted’. This end to the narrative must have come as a surprise to many in Christ’s audience, because they’d all have believed in the religious pre-eminence of the pharisees over the publicans. But Jesus wanted to overturn the accepted view, which saw only the external aspect of human activities. He wanted to show that the depths of people’s hearts, which God alone sees, don’t always reflect their life as it apparently is. 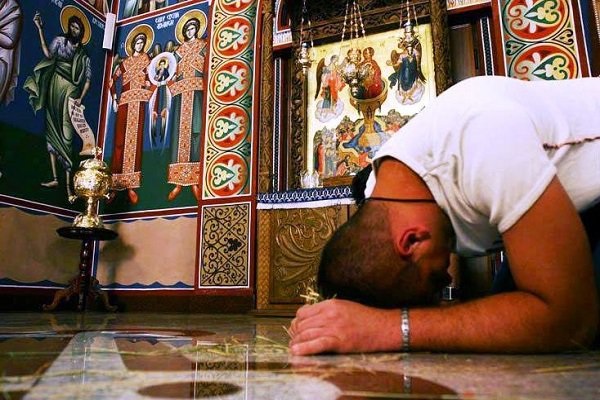 It should, of course, be said- to avoid any misunderstanding- that Christ doesn’t blame the Pharisee because he’s virtuous and carries out his religious duties. He condemns him because he bases his whole life on them, rather than on God, because he feels self-sufficient and has no suspicion that the basis of all the virtues is humility. By the same token, Jesus doesn’t laud the publican for his sinfulness, but because he’s aware of it and rightly surrenders himself to God’s verdict, asking for His mercy. He awaits salvation from God, because he has nothing of his own to depend on for it.

As Saint Luke’s Gospel states just before the parable is told, it’s addressed to those who are certain of their piety and disdain others, in other words to people you’re likely to meet in every day and age. People who consider themselves self-sufficient, in religious terms, and accomplished in the virtues. People who condemn others as being incorrigibly steeped in sin, and who delight in describing God’s punishments which await such miscreants. They forget that they themselves are also subject to God’s impartial judgement. Since such behaviour involves hypocrisy, ‘Pharisaical’ has come to be taken as a synonym for ‘hypocritical’.

By placing this reading at the beginning of the Triodio, the Church wants to shield the faithful against the conceited thinking of the pharisee, which can lurk in the heart of any devout Christian. The Church prefers to highlight the example of the publican who, repenting over his life, prayed with contrition. The following hymn of the Church is a wonderful summary of the message of the parable:

‘Let us avoid the proud speech of the Pharisee

And learn the humility of the Publican.

With sighing let us cry to the Saviour:

Have mercy, You Who alone are quick to pardon’.

[First kontakion, Mattins for the Sunday of the Publican and the Pharisee].