The fourth evil-doer was Pilate, Caesar’s representative in Jerusalem, who in a sense stood for the whole of the pagan world at the trial of Christ. Pilate looked down on the Jews, and the Jews returned the favour. At first he wasn’t of a mind to become involved in Christ’s condemnation: ‘You take him and judge him in accordance with your law’ (John 18, 31), he said to those who brought the charges. Later he adopted a position in Christ’s favour and after a trial of sorts said to the Jews: ‘I find no fault in him’. (ibid, 38). In the end, in the face of threats such as ‘if you free him you’re no friend of Caesar’s’, Pilate agreed to their demands (Luke 23, 24). And gave orders that Christ be scourged and crucified. 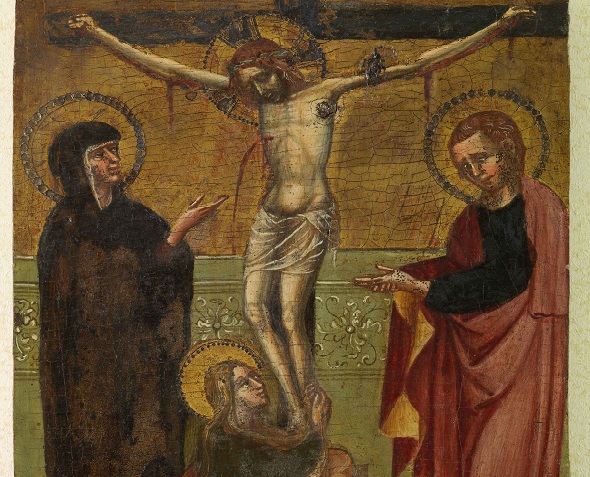 Pilate’s crime resides in the fact that he could have protected the Righteous One but didn’t. He himself said to the Lord: ‘Don’t you know that I have the authority to crucify you or to set you free?’ (John 19, 10). With this declaration, Pilate assumes the eternal responsibility for the death of Christ. What was it that impelled Pilate to commit this crime which places him among the other evil-doers? His feeble-mindedness and his fear. His weakness of mind prevented him from applying the law and his fear made him anxious to retain the favour of Caesar.

The fifth evil-doer was Barabbas. At the time he was in prison ‘for some insurrection… and murder’. He’d been convicted of anti-state activities and murder and was guilty in both Roman and Jewish law and under sentence of death. He himself hadn’t sinned in any way against Christ. Those who sinned were the Jews who placed him above Christ, who favoured him over the Lord. Pilate thought of using Barabbas as a way of saving Christ from the death penalty. The Jews, however, used Christ to save Barabbas. Pilate placed the Jews in the dilemma of choosing between Christ and Barabbas- essentially between God and a criminal.  But ‘Birds of a feather flock together’. So the evil-doers chose the evil-doer.

[It’s interesting that Barabbas was accused of insurrection, and ‘murder’ may have been part of that. Given the fact that Caiaphas and his coterie were terrified of upsetting the Romans, Pilate must have thought that has suggestion was a ‘done deal’. But not all Jews accepted Roman occupation with equanimity and it may be that there was a faction among the Jewish leadership that incited the mob and ‘wangled’ Barabbas’ release. Two things we’re well aware of in our own day and age is that one man’s terrorist is another man’s freedom fighter; and that those in power are likely to pursue their aims in the most cynical manner. This is, of course, speculation and I’m not suggesting that Barabbas was a hero, but I suspect that the brief account in the Gospels leaves much unsaid that was well understood at the time. WJL.]

The sixth evil-doer, like the seventh, was crucified with Christ, one on His left and one on His right, on Golgotha. Isaiah had prophesied this: “And he was numbered among the transgressors’. One of them, even on the threshold of death, blasphemed; the other, however, prayed.

Here we have two men facing the same fate: both of them hanging on a cross, both of them about to depart this world and not expecting anything more from it. But there’s a great difference. This is the answer to all of those who say: ‘Put everybody in the same material circumstances, grant them all the same honour and the same worldly goods and they’ll be of the same mind’. One criminal, who would soon breathe his last, mocked the Son of God: “If you’re the Christ, save yourself and us’ (Luke, 23, 39). The other begs the Lord: ‘Remember me, Lord, when you come in your kingdom’ (ibid. 42). The pain of crucifixion kills the one spiritually and bodily. It kills only the body of the other, however, because his soul is saved. For one the cross of Christ is a stumbling-block; for the other salvation.

These are the seven kinds of evil-doers around Christ. Lord, help us to see our own life before we condemn those evil-doers who nailed the God of love to the cross. Let’s ask ourselves: do we also belong to this group? At least let’s be like the seventh of them, the one who repented on the cross and, in unbearable pain, sought and found redemption for his sins.