Sunday before the Nativity

When people are out of sorts, the last thing they usually want to hear is bad news. On the contrary, they want some good news, to give them a lift, to give them the courage to get on with life. Incontrovertible proof of this truth is the recent change of circumstance of many of our fellow citizens [His Eminence is referring to the catastrophic economic and social crisis to which Greece is being subjected]. You hear lots of people saying, for example: ‘I just don’t want to watch the news any more… it’s all so depressing’. Or, on the other hand, they shout: ‘At last, some good news… That’s made my day… It’s put me in a good mood’. 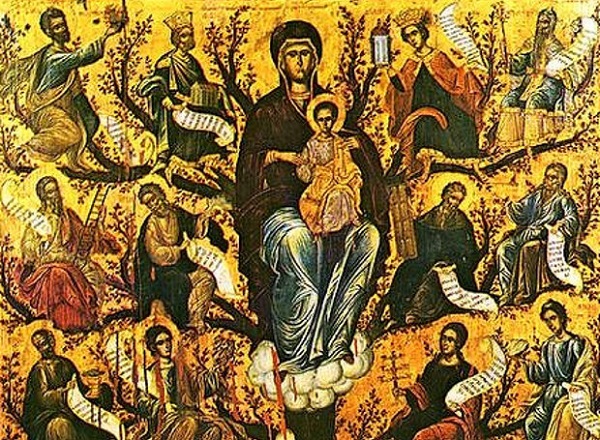 And while we’re on the lookout for some joyful news, along come the holidays. People who are tired and dejected seek a change of mood within the spirit of the festive season. In the Christmas lights, the decorated trees, the glitter, they hope to find a light, a ray of joy which will dispel the gloom and the pessimism. But will they manage to?

Maybe, maybe not. They certainly won’t achieve much, though, if they dwell solely on the superficialities of the festive atmosphere, if they’re concerned only with the externals. Because behind this shell which people construct every year as a change in their routine there’s a unique event which often enough they pass over or don’t stop to think about.

And this event is God’s advent. What could there be of greater significance in the history of humankind? God. God Himself came among us, became one of us, lived with us, shared our worries, and in the end died a dishonourable death. And why? To save us, to make us gods. To elevate us to the heavens, to the purpose for which we were made.

Today’s Gospel Matth. 1, 1-25) gets across the actual meaning of the word. ‘Gospel’ [Anglo-Saxon gōd ‘good’ + spel ‘news], means ‘glad tidings’. Saint Matthew the Evangelist reminds us on this day of the world-shattering event of the nativity of God. He Who created the ages simply skips through all the centuries of human history and becomes visible in the here and now. The Gospel writer lists His forefathers. They’re people of all types and all classes. Some kings, but also paupers. Some sinners but also men of virtue. Some righteous, but also the wicked. Because he wants to show that God wasn’t born into what people would consider a ‘good family’. The Lord took human nature as a whole. He didn’t choose only the good, the bright side, but he wanted all of it. He takes the whole person and makes us gods. He takes sin with Him in order to cleanse it.

My friends, this is the really good message which we’re truly awaiting. What all peoples have been waiting for who were in the darkness of ignorance. It’s the message of release from what was binding us. He came- and let’s not gloss over the fact. God was born on earth and is born in the heart of every person who genuinely seeks Him. Let’s open our hearts to Him and then, believe me, the lights of the feasts will cease to be a passing glow.