And He is the Expectation of Nations

Below we will present the birth of the God Who became human, as this is shown to be the expectation of all the peoples of the world, from ancient times until today.

From the very first moment after the Fall and the exodus from Paradise, the human soul has sought ways and means to return to the state from which it fell. It has felt the need to bridge the gap which was created between God and humankind by the Fall. But every effort aimed at reconciling us has failed, has proved unsuccessful. In this way, people realized that, since we ourselves are not capable of ascending to God, of necessity God would have to descend to earth.

This thought developed gradually in people’s consciousness and formed within us the expectation of God’s descent to earth in human form. 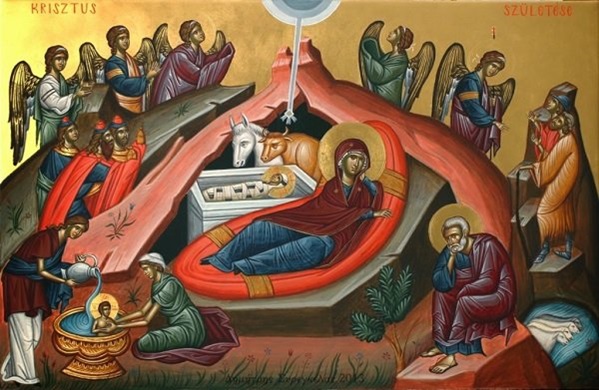 From the fifth century B.C. and later, this expectation assumed world-wide proportions to a great extent.

In China, Confucius awaited a ‘holy person’ from the West, a God/Human, a king sent by God who would succeed in bringing humanity back to the Good. In Chinese literature there is a hero, a shepherd and lord, who would restore everything to its former glory. He would be the only one worthy of being sacrificed to the Supreme Lord so that order and peace would return to the world. He would have human form and be united with the heavens. This is why he was called ‘heaven person’ or ‘god person’. He would be in the world, but the world wouldn’t recognize him. He’d be wounded, scourged and miscreants would be freed instead of him.

There were similar traditions and legends in India. In Buddhism, they awaited Agni, the god of fire and the sun, who would become incarnate from a virgin and would be an intercessor between God and humans. According to the source texts of Indian Buddhism, the historical Buddha, Gautama, warned, in the 5th century B.C. that in five hundred years his teaching would pass [Vinya Pitaka II. 253 ff.].

The Persians also expected a savior god/man, whom they identified with the god Mithras. He would be born of a virgin and his nativity would be foretold by the appearance of a star set apart from the rest of the celestial firmament.

There were also related traditions in Egypt. Here, there was the myth of Isis and Typhon [Set]. According to this, sin came into the world through a woman, under the influence of an evil spirit in the form of a serpent. Salvation would come to the people through a descendent of the woman.

Among the ancient Greeks there was clear expectation of a real Redeemer. Typical of this is the myth of Prometheus, as presented by Aeschylus: since Prometheus sinned against God, he was punished by being attached to a rock. He would be freed only by a descendent of the virgin Io. The sage Socrates spoke of the longing for a Redeemer who would awaken people from their spiritual sleep.

The expectation of a Redeemer was present also among the Romans. The poet Virgil wrote that a new breed of men would be sent down from heaven [Eclogue, 8].

Where the expectation of a redeemer who would save his people and all the world is most clear, of course, is in the people of Israel. The prophets of the Old Testament wrote the history of Christ before Christ.

The Prophet Isaiah has been called the ‘fifth Evangelist’ because he revealed details which refer to Jesus Christ. Saint Matthew the Evangelist describes the nativity of Christ in these terms: ‘In the time of King Herod, after Jesus was born in Bethlehem of Judea, wise men from the East came to Jerusalem, asking, “Where is the child who has been born king of the Jews? For we observed his star at its rising, and have come to pay him homage”. When King Herod heard this, he was frightened, and all Jerusalem with him; and calling together all the chief priests and scribes of the people, he inquired of them where the Messiah was to be born. They told him, “In Bethlehem of Judea; for so it has been written by the prophet: And you, Bethlehem, in the land of Judah, are by no means least among the rulers of Judah; for from you shall come a ruler who is to shepherd my people Israel”.

Then Herod secretly called for the wise men and learned from them the exact time when the star had appeared. Then he sent them to Bethlehem, saying, “Go and search diligently for the child; and when you have found him, bring me word so that I may also go and pay him homage”. When they had heard the king, they set out; and there, ahead of them, went the star that they had seen at its rising, until it stopped over the place where the child was. When they saw that the star had stopped, they were overwhelmed with joy. On entering the house, they saw the child with Mary his mother; and they knelt down and paid him homage. Then, opening their treasure chests, they offered him gifts of gold, frankincense, and myrrh. And having been warned in a dream not to return to Herod, they left for their own country by another road. 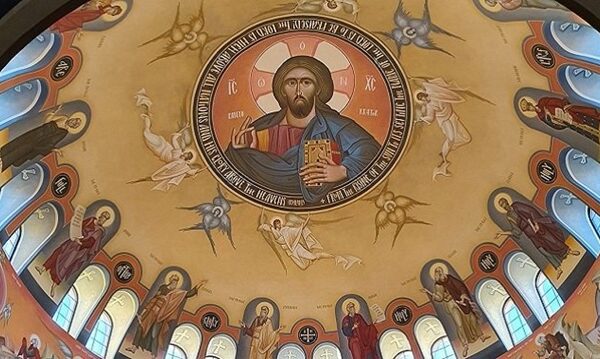 Now after they had left, an angel of the Lord appeared to Joseph in a dream and said, “Get up, take the child and his mother, and flee to Egypt, and remain there until I tell you; for Herod is about to search for the child, to destroy him”. Then Joseph got up, took the child and his mother by night, and went to Egypt, and remained there until the death of Herod. This was to fulfill what had been spoken by the Lord through the prophet, “Out of Egypt I have called my son”’.

Today, two thousand years later, there are people who are entirely unconcerned about the great presence and are seeking someone to redeem them from their loneliness, anxiety, decline and death. Christ’s Church challenges and invites us to life without death, to death defeated by death, to joy and peace which no-one can take away from us, unless we do so ourselves by surrendering to sin. ‘Come to me, all of you who labor and are heavy laden and I will give you rest’. The words of Christ bring us a way out of our deadlock, certainty to the uncertainty of our world. ‘Today the virgin gives birth within the cave’. Within the depths of our being, here and now, the great nativity takes place. Christ is born within us simply, quietly, secretly and cordially. We become one with Him and He with us. Today. Not in the past or the future. Freely, without psychological pressures and phobias. If you want, as much as you want, whenever you want. Love doesn’t push, He invites, He waits for the beloved to respond to His love. The Lord says: ‘I’m a father to you, a brother, a spouse, a home, food, clothing, a root, a foundation. Whatever you want, I am that. You’ll want for nothing. I’ll do the work. I came to serve you, not you me. I’m a friend, a member of your body, the head, your brother, sister and mother. I’m all of these. Just be with me. I’ll be poor for you, an itinerant for you. On the cross for you, in the grave for you. In heaven, I’ll entreat my Father for you, on earth I come as an ambassador from my Father to you. You are everything for me, sibling, co-inheritor, friend and member of my body. What more do you want?’ (Saint John Chrysostom).

* Genesis 49, 10, in the Septuagint. The Hebrew Bible has ‘and unto him shall the obedience of the peoples be’. Of course, the Septuagint was a translation from ‘the Hebrew’, but which Hebrew? The present Masoretic text was decided upon very much later than the Septuagint which often seems to reflect an ‘older’ or at least different version of the Hebrew [WJL].