‘Justifying ourselves, following our own opinion and satisfying our own will are the progeny of ungodly pride’ (Abba Dorotheos).

When we’re accused of something, our first reaction  is to defend ourselves. To explain why it’s not like that, even if it is. And that doesn’t apply only to the youngest any more. Grown-ups are lacking in backbone in that, even if the reality is clear, we still try to justify ourselves. ‘I’m human, what can I do?’; ‘I’m at fault but…’; ‘Circumstances are to blame’. Particularly nowadays, when the antidote is to interpret everything, with the emphasis on the psychological method, which is that in order to feel better I have to examine why something’s happened to me and how I can deal with it. This is after I’ve forgotten that the real antidote for every ailment is humility, provided, of course, it’s accompanied by repentance. 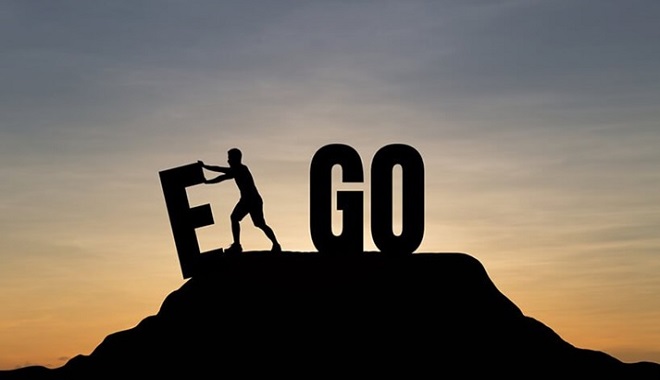 We now lack both of these. As if it’s demeaning to make a mistake. As if we lay claim to a justification for our opinion and our will. How can the message of Church life work in our soul: the message that, in order to find your self, you must first lose it? That, rather than blaming others for your own wrongdoing, or saying that they do the same but worse and thus finding a justification, you can instead find solace in the feeling that it’s human to err. Circumstances, other people, our family environment, our upbringing and our experiences have obviously played a role in our inability to see ourselves and others properly. But there’s no solace if we don’t acknowledge, without reservation, the responsibility to accept and to change.

The tradition of our Church sees our relationship with God as being that of Father and children. Each of us has the need for the same relationship with our neighbor and especially with the people who are closest to us. Some of us are called upon to undertake the role of father  before we’re ready. Because being a father means taking the decision to really look at ourselves, to embark on a course of rebirth which will transfigure us. We can’t hide ourselves and we can’t hide the truth about who we are and what we do. But since this course demands persistence in the pursuit of self-knowledge, and humility in seeing what it is that’s separating us from love, we have to struggle with ourselves, while, at the same time supporting the others we’ve been called upon to support and to accompany on the path towards the truth.

Sex is not at issue here*. Fatherhood demands decisiveness and the experience of sonship. The ego erases us in the name of freedom, autonomy, the will, and our opinion. It’s not that we have the right to be immature; it’s that it’s inevitable. Children need love. As do grown-ups. The spiritual tradition of our Church depends on the presence of a spiritual guide who will open the way to Christ, through a relationship of love, sincerity and the acceptance of the things repressed in the soul.

Those who seek justification for themselves will never be free of that tyranny. The truth, of course, doesn’t involve continual self-condemnation. It’s a matter of choice. The road passes through the relationship.

*Fr. Themistoklis is perhaps being a little opaque here, but he is simply re-stating the position of the Fathers. ‘Fatherhood’ is a relationship, and isn’t restricted to the male sex. Neither is ‘sonship’. When Christ says that women will be raised ‘as sons’, he means that they will be in the relationship normally, at that time, reserved for sons. By the same token, ‘motherhood’ isn’t a relationship restricted to women. ‘Motherhood’ isn’t ‘child-bearing’, which is indeed restricted to women (although 1 Cor. 4, 15 in the original Greek can mean that Saint Paul ‘gave birth’ to the Corinthians!). Saint Païsios, for example, had a very clear understanding of ‘motherhood’ and much of what he said and wrote reflects this as much as it does ‘fatherhood’.
Needless to say, this is a profound theological insight and, as such, is a very far cry from the superficial modern notions of men ‘getting in touch with their feminine side’ and ‘gender equality’ [WJL].