(From a letter to a school-teacher and her mother).

Both you and your elderly mother are interested in the Orthodox faith. Since you began to fulfil the commandments of fasting, prayer, charity and communion, the secrets of the truth have become ever more apparent to you. And this, indeed, is the proper path: by practicing what we know, we arrive at the unknown. 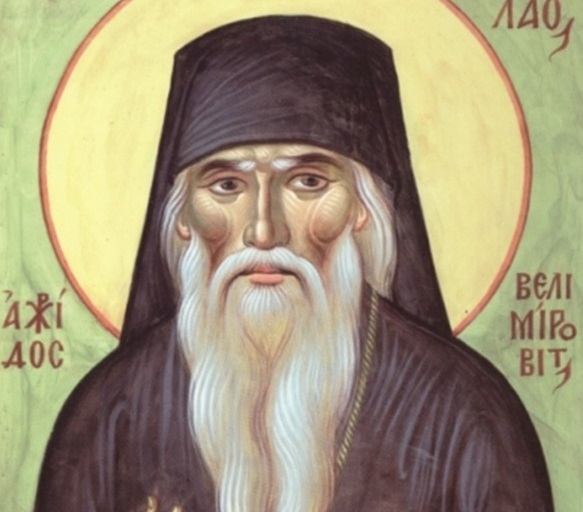 Silent prayer over long years reveals the truth. But your heart is burning with the desire to direct many others onto the path of truth. People are people, however: in one, the mind is darkened by lies; in another, the heart is hardened by the passions; and what you desire won’t come easily. It requires much cleansing, many washings in holy water, seven-fold immersions in the Jordan. So, a worker from Vanati surprised you with the question: ‘Who says God exists?’. And you’re at a loss to reply to him. First of all, pray to God about it, and then answer as follows:

The vegetation under your feet is evidence, brother. It can be traced back to the day and moment that the words of the Creator were spoken: Then God said, ‘Let the land produce vegetation: seed-bearing plants and trees on the land that bear fruit with seed in it, according to their various kinds’ (Gen. 1, 11).

The sun, the moon and the stars are evidence. If, brother, you’re looking for testimony above your head, the blazing sun’s a witness, the strange moon and the clusters of stars. Go wherever you want to, to try and find out where they came from and you won’t learn, until you arrive back at that day and moment when the Lord’s words rang out over the darkness and chaos: God said, ‘Let there be lights in the vault of the sky… to shed light on the earth. God made two great lights… He also made the stars’ (Gen. 1. 14-16).

The sea and the air are also evidence. If you’re looking, brother, the length, breadth and depth of the sea is evidence, as are the mountains, the wind and the forest, the ant-hills, the honeycombs of the bees, and everything that lives in the sea, in the air, in the mountains, in the forests and in the mounds of earth and cells of beeswax. Trace them back in time, turning neither right nor left-  asking nobody the way- and you’ll arrive back at that festive moment when the voice of love rang out from heaven. ‘Let there be, let there be, let there be’. ‘And it came to pass’ (Gen. 1).

The ox and the ass are evidence, according to the words of the prophet Isaiah: ‘The ox knows its master, the donkey its owner’s manger’.

Tell me, brother, what material below the heavens isn’t witness to God? I’ll give you a hundred years to wear yourself out over this pointless effort and you won’t find a single blade of grass that doesn’t testify to the majesty of its Maker. But to cut down your time and to help you to see what isn’t evidence of God, I’ll tell you myself: in the whole wide world, only those, and those alone, who are perverted people.

The order, the proportions, the number, and the divine harmony of the whole of creation is evidence. The mind and conscience of all the holy and righteous people is evidence. But, above all things and all people, there’s the evidence of our Lord and Savior, Jesus Christ, in whom our great and eternal God was manifested in the human body, visited the human race, declared the mysteries, showed us the way and opened Paradise. If you want to see God with your eyes and hear him with your ears- which God made possible for us to do- look at Jesus Christ. And you’ll see, you’ll hear, and you’ll come alive with a new life.

This is a way in which you can respond to that poor soul who is thirstily seeking after God and wanting to see and to hear him.  But that isn’t all that can be said. That’s just one sheaf in God’s huge field, in which whatever grows is testimony to the Creator. And it grows for no other reason but to give its testimony, and then is gone forever!

For your part, my daughter, continue to grow in virtue. Look neither left nor right; just follow the path of salvation. Soon we’ll have to die. And after death, God’s judgment awaits us regarding how we, as the closest to God, bore witness to him. And at the judgment, there’ll be two ranks of people: the one, on the right of the Lord of glory, will be those who weren’t ashamed of Christ; and, on his left, there’ll be those who, in this life, ‘in this sinful and adulterous generation (Mk. 8, 38), were ashamed of Christ.