How we ought not to despise those who are delivered up to unclean spirits.

It’s clear that we ought not to hate or despise those whom we see to be delivered up to various temptations or to spirits of evil, because we ought firmly to hold on to these two points: first, that no-one can be tempted at all without God’s permission; and secondly that all things which are brought upon us by God, whether they seem to us at the time to be sad or joyful, are allowed for our advantage, as if by a most kind father and most compassionate physician, and that therefore we are, as it were, given into the charge of mentors. We’re humbled so that, when we depart this world we may be go to the next life in a state of greater purity, or have a lighter punishment imposed on us, since, as the Apostle says, we have been delivered to Satan in the present for the destruction of the flesh in order that the spirit may be saved in the day of the Lord Jesus (1 Corinthians 5:5).

An objection, asking why those who are tormented by unclean spirits are separated from the Lord’s communion.

Germanus: Then how is it that we see them not only scorned and shunned by everybody, but actually kept away from the Lord’s communion in our provinces, in accordance with these words of the Gospel: ‘Do not give that which is holy to the dogs, nor cast your pearls before swine’ (Matthew 7:6)? You’re telling us that somehow we ought to consider that the humiliation of this temptation has been brought upon them with a view to their purification and profit? 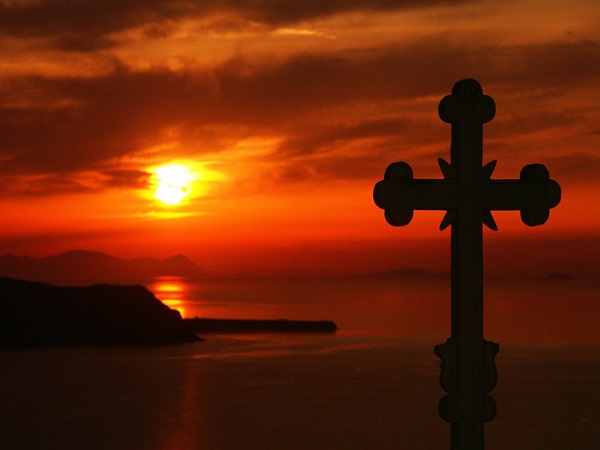 The answer to the question raised.

Serenus: If we had the knowledge, or rather faith, I mentioned above (that is, to believe that all things were brought about by God, and ordered for the good of our souls), not only would we never despise them, but rather we’d pray without ceasing for them as our own members, and sympathize with them with all our hearts and with the greatest affection: ‘for when one member suffers, all the members suffer with it’ (1 Corinthians 12:26). We know that we cannot possibly be perfected without them because they’re members of us, just as we read that our predecessors could not attain the fullness of the promise without us, since Saint Paul speaks of them as follows: ‘These were all commended for their faith, yet none of them received what had been promised, since God had planned something better for us so that only together with us would they be made perfect’ (Heb. 11, 39) …

On the fact that those who are not subjected to temporal trials should be more greatly pitied.

The people we ought to consider truly wretched and miserable are those who, although they defile themselves with all kinds of sins and wickedness, bear no visible sign of the devil’s possession. Their actions are not dealt with in proper measure and no scourge of punishment is brought to bear upon them. They receive no swift and immediate remedy in this world, because their heart, being too hard and impenitent for punishment in this life, heaps up for itself wrath and indignation in the day of wrath and revelation of the righteous judgment of God (Rom. 2, 5), where their worm doesn’t die and their fire isn’t quenched (Is. 66, 24). The prophet seems perplexed at the affliction of the saints, seeing them subjected to various losses and temptations, while, on the other hand, sinners not only pass through the course of this world without any scourge of humiliation, but even rejoice in great riches, and the utmost prosperity in everything, inflamed with uncontrollable indignation and fervor of spirit. He exclaims: ‘But as for me, my feet had almost slipped; I had nearly lost my foothold. For I envied the arrogant when I saw the prosperity of the wicked. They have no struggles’ (Ps. 72, 2-3)… But we know that even saintly people have been given over in the flesh to Satan and to great afflictions for some very slight faults, because divine mercy will not suffer the very least spot or stain to be found in them on the day of judgment. It purges away in this world every spot of filth, as the prophet, or rather God Himself, says, in order that He may commit them to eternity as gold or silver refined and needing no penal purification. ‘I will turn my hand against you and will smelt away your dross as with lye and remove all your sin; and after this you shall be called the city of the just, a faithful city’ (Is. 1, 25-26). And again: ‘The refining pot is for silver, and the furnace for gold: but the Lord tries the hearts’ (Prov. 17, 3). And this also: ‘For the Lord disciplines the one he loves, and chastises every son whom he receives’ (Heb. 12, 6).