Discourse 27 on the Gospel of Saint John [1]

No one has ever gone into heaven except the one who came from heaven- the Son of Man who is in heaven.

What I’ve often said I’ll now repeat, and will continue to say. And what is it? That when Jesus was about to touch on sublime doctrines, he often showed restraint because of the inability of his audience [to understand more]. He didn’t speak expansively, in a way commensurate to his greatness, but rather used expressions more readily understandable. Sometimes the sublime and great needs to be mentioned only once in order to make its value apparent; but unless simpler sayings, closer to the comprehension of the audience aren’t continually repeated [first], then the more sublime would not easily be grasped by an unsophisticated audience. This is why there are more ordinary sayings of Christ than there are majestic ones. Yet doing this could harm the disciple [Nicodemus] by restricting him to lower understanding, so Christ doesn’t simply present his ordinary sayings, but first explains why he does so. This is what he’s done here, too. When he’d said what he did about baptism and the birth by grace which takes place on earth, he wanted to go on to apply it to how he himself had been mysteriously and inexpressibly begotten. But he holds this in abeyance for a while, and doesn’t proceed. He then tells them his reason for not going on. Which is what? The carnal nature and incapacity of his audience. Referring to this, he adds: ‘If I have spoken to you of earthly things and you do not believe; how then will you believe if I speak of heavenly things?’. Therefore, whenever he says anything ordinary and humble, we must attribute this to the incapacity of his audience. 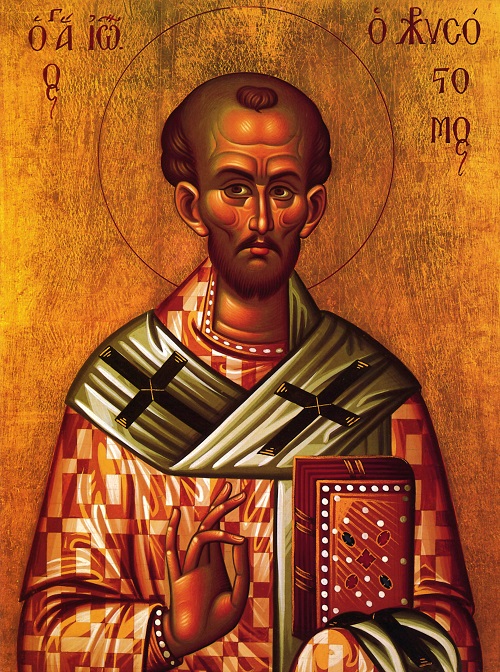 The expression ‘earthly things’, some say, is here used of the wind. That is: ‘If I’ve given you an example from earthly things, and you didn’t believe, how will you be able to learn things more sublime?’. And don’t be surprised if he calls baptism an earthly thing here; he does so either because it’s performed on earth, or because it is so in comparison to the most wondrous way in which he himself was begotten. Although the manner of our birth is heavenly, it’s earthly when compared with that true generation which is from the substance of the Father.

And he rightly doesn’t say: ‘You haven’t understood’, but: ‘You haven’t believed’. When people are ill-disposed towards things that it’s possible for their mind to grasp and are reluctant to accept them, it’s fair to charge them with lack of understanding; but when they don’t accept things which can’t be apprehended by reasoning, but only by faith, the charge against them is no longer the inability to understand, but unbelief. He therefore leads them away from enquiring into what had been said by ratiocination, and instead touches them more severely by charging them with lack of faith. Given that we must accept our own birth by faith, what do they deserve who spend their time in ratiocination about that of the Only-Begotten Son?

But perhaps it might be asked: if the audience weren’t going to believe these words, why were they mentioned? Because, though they themselves might not have believed, those who came after would believe and profit by the words.. Upbraiding them severely, then, Christ goes on to show that he doesn’t know just these things, but others which are far more and greater than these. And this he declared by what follows, when he said: ‘No one has ever gone into heaven except the one who came from heaven- the Son of Man who is in heaven’.

‘What kind of concomitant is that?’, one might ask. The very best, and entirely in line with what’s gone before. Nicodemus had said: ‘We know that you are a teacher who has come from God’. It’s on this very point that Christ corrects him, saying in effect: ‘Don’t think of me as being a teacher like that, as were the many prophets who were from earth, because I’ve come from heaven now. None of the prophets has ascended there, but I dwell there’. Do you see how even that which seems very exalted to us is actually unworthy of his greatness? He’s not only in heaven, but everywhere, and he fills all things; yet he speaks in a way adapted to the incapacity of Nicodemus, in an effort to lead him up little by little. And here he’s not calling the flesh the ‘Son of Man’, but is denoting his entire self as the inferior substance. This is what he often did: he would call his self either divine or human, as a whole.

Just as Moses lifted up the serpent in the wilderness, so must the Son of Man be lifted up.

This again seems to depend on what’s gone before, and has a very close connection with it. After having spoken of the great benefit that came to humankind from baptism, he proceeds to mention another benefaction, which was the cause of this, and not inferior to it: namely, the benefit from the cross. When Paul argues with the Corinthians, he records both of these benefits when he says: ‘Was Paul crucified for you? Or were you baptized in the name of Paul?’. These two things most of all declare his ineffable love: that he both suffered for his enemies; and that having died for them, he freely gave to them entire remission of their sins, by baptism.

But why didn’t he say plainly, ‘I’m about to be crucified’, instead of referring his hearers to the ancient prefiguration? First, so that they would learn that old things are akin to new ones, and that they’re not foreign to each other; next, so that you would know that he didn’t go to his passion unwillingly; and again, apart from this, that you would learn that no harm comes to him from the event, and it brings salvation to many. He tells us the ancient story so that no-one would be able to say: ‘How is it possible for people who believe in somebody who’s been crucified to be saved when the man himself is held by death?’. This is why he brings in the ancient story. For if the Jews escaped death by looking at the bronze image of a serpent, how much more will those who believe in Christ crucified, enjoy a far greater benefit, and with good reason. It’s not thorough the weakness of Christ crucified, or because the Jews are stronger than he that this takes place but because God loved the world. This is why his living Temple is crucified.

That everyone who believes in him should not be lost but have eternal life.

Do you see the reason behind the crucifixion, and the salvation which comes from it? Do you see the connection between the prefiguration and the reality? There, the Jews escaped death, but temporarily; here, believers escape it eternally; there, the hanging serpent healed the bites of snakes; here, Crucified Jesus cured the wounds inflicted by the spiritual dragon; there, those who looked with their bodily eyes were healed; here, those who behold with the eyes of their mind have put off all their sins; there, that which hung was brass fashioned into the likeness of a serpent; here, it was the Lord’s body, made by the Spirit; there, a serpent bit and a serpent healed; here, death destroyed and death saved. The snake which destroyed had venom, but the serpent which saved was free from venom; and the same is true here, because the death which slew us had sin with it, as the snake had venom, but the Lord’s death was free from all sin, just as the bronze serpent had no venom. Christ did no sin, neither was guile found in his mouth [1 Peter 2:22]. And this is what Paul also declares: that having disarmed the powers and authorities, he made a public spectacle of them, triumphing over them by the cross [Colossians 2:15] Just as a bold athlete enhances his victory by lifting his opponent up before crashing him down, so Christ, in the sight of all the world, disarmed the opposing powers. Having healed those who were harmed in the wilderness, he delivered them from all the wild beasts by being hung upon the cross. But he didn’t say ‘must hang’, but, ‘must be lifted up’ [Acts 28:4]. He used this seemingly milder term, on account of his hearer, and because it was close to the prefiguration.