Christian Morals, as they Emerge from the Incarnation of Logos – 1

As we know, the intervention of God in the history of mankind was a continuous revelation over many centuries and was completed with the incarnation of the Divine Word. The aim of the revelation before Christ was so that the fallen human race could learn where it came from and where it was headed; learn its origins , where it had its beginnings, what everything surrounding it was destined for and, at the same time, to discover the existence and power of God, Who had created these things. Finally, and most importantly, to prepare people for the redemption which was to come. 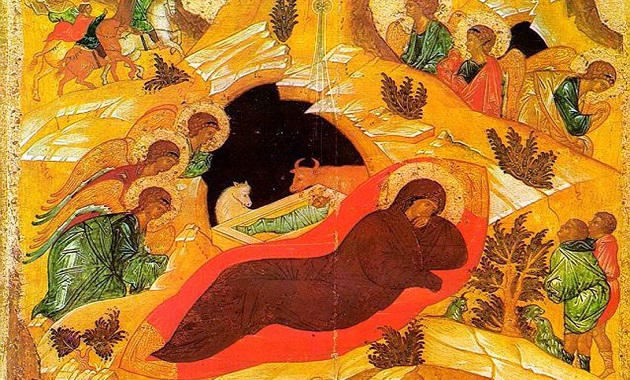 For many centuries, people struggled with this knowledge, which the Devil and his minions twisted, and so the trial of seeking and doubting tormented people at that time. Those who had a pure faith accepted the partial revelations of God which He allowed from time to time. But they were unable to see the main result: the cure of the afflicted human race, which would result in sanctification and glorification (deification). The notion of divine revelation attracted people, as if it were a nostalgic conclusion, but the promised goal never actually came about. Even the Law of Moses, which was held to be the codex of divine revelation, was no more than a means of restraining people from polytheism and idolatry and a rule for the most utilitarian behaviour between people. As Saint Paul says: “for the law made nothing perfect; but on the other hand, a better hope (Christ) is introduced, through which we draw near to God (Heb. 7, 19). And again: “for the law has but a shadow of the good things of the future and not the true form of these realities” (Heb. 10,1).

The stress of this human anxiety was dispelled by the presence of the Word of God “in the fullness of time”. The catastrophe which engulfed humanity after the Fall, and into which it dragged the whole of the rest of creation, could not be set to rights by the mere knowledge of divine revelation. What was needed was a powerful intervention (such as that which brought about the creation from nothing, when God “spoke and they were made; He commanded and they were created”) in order to check the torrent of corruption and to restore people to the divine image which they had tarnished. The condition of humankind was like that of someone rolling down a steep escarpment, with other people standing on the brink and advising him to get back up. People realized full well that they had to escape the chaos engendered by the Fall, but the means of this salvation was nowhere to be seen.

The plaintive cry of human pain continued with a great many supplications “Lord, manifest your face and we shall be saved” (Ps. 79, 4); “Incline your ear, Lord, and hearken to me for I am poor and destitute” (Ps. 85, 1): “the poor have been left to you, you were a help to the orphan” (Ps. 9, 35) and so on. And, at the appointed time, the Author of the ages “bowed the heavens and came down”, according to the Holy Scriptures, to rebuild the divine image (the human person) shattered by the fall. The total subjugation of the human person to corruption and death had left nothing in its original position. The tripartite soul (logical, spirited and appetitive) was perverted and worked in a thrawn manner. The powers of the soul (intellectual understanding, courage, temperance, justice and so on) were also reversed and, together, constituted the “body of death” to which Paul refers (Rom. 7, 24). The intellect, thoughts, desires, actions and whatever constitutes people’s psychosomatic “being” was perverse.