In every age, the Church has been adorned with saints. This means that our long-suffering and merciful God, the Consubstantial Trinity, and our Most Holy Lady do not leave the world without consolation. And so prophets, apostles, evangelists, martyrs, hierarchs, saints, hieromartyrs and new martyrs, activating the gifts of the Holy Spirit, have become members of the body of Christ (see I Cor. 12, 27). 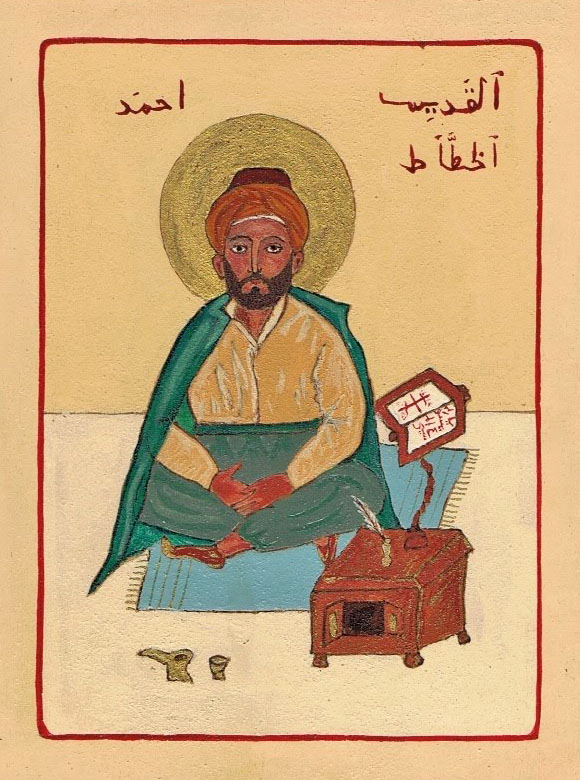 Saints are manifested in accordance with the social and historical conditions of their time. Thus, we had the martyrs in the period of the persecutions, whereas in the time of the freedom of the faith and the flowering of education and letters, scholars and important hymnographers made their appearance. The new martyrs arose in the time of Turkish rule, as resistance fighters for Modern Greece and Hellenism, as models of faith and patience. As the apostle says, the testing of faith produces perseverance, which must endure to the end (see James 1, 4).

In the New Martyrology, Saint Nikodimos the Athonite states that it pleased God to manifest the New Martyrs for five reasons: because they contributed to the renewal of the Orthodox faith; they will render those of other faiths speechless on the day of judgement; they are the glory and boast of the Eastern Church and the shame of the heterodox; they are an example of patience and a model for Christians to imitate.

Among the Lives of the New Martyrs, there is also the brief account of Ahmet the Apprentice, who was a Muslim who became a Christian in a miraculous way and was martyred in 1682. We honour his memory on 24 December and 3 May. The New Martyrology has this to say: “He had a Russian slave woman with whom he co-habited, but allowed to go the Church of the Christians on official days. When she came back from the Church he would sense an ineffable aroma on her breath and he asked what she had been eating to smell like that.

She told him that she had eaten antidoro and drunk holy water. When he heard this, he invited a priest from the Great Church [of Constantinople] and told him to prepare a place for him to go when the Patriarch was serving the liturgy. When this happened, what a miracle! When the Patriarch blessed the people, rays of light flashed from the three candles and from his fingers and touched the heads of all the Christians but left Ahmet’s alone. 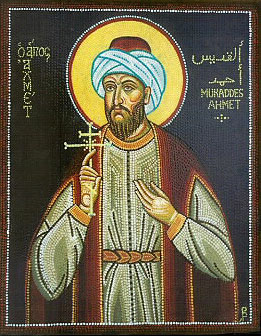 When he saw this wonder, he called to the priest and was baptized, and was a secret Christian for quite a long time. But at some gathering there was a disagreement between the great and good who were present as to who was the greatest. When he was asked, he proclaimed loudly that the greatest of all was the faith of the Christians. He confessed that he himself was a Christian and preached with boldness the whole of the mystery of the dispensation of Christ’s incarnation. He then suffered the blessed death of martyrdom”.

Ahmet was a man of good intentions, which is why he allowed his Russian companion to go to church. It appears that she was under penance and did not take communion, but instead ate antidoro and drank holy water. But her faith sanctified Ahmet. This is where Saint Paul’s word apply:  “And if a woman has a husband who is not a believer and he is willing to live with her, let her not leave him. For the unbelieving husband has been sanctified through his wife, and the unbelieving wife has been sanctified through her husband” (I Cor. 7, 13-14). The question arises, however, as to how someone from another religion can, during the Divine Liturgy, see the uncreated light shooting from the hands of the Patriarch and pouring out onto the Christians. There is no easy answer. It would seem that there are instances known only to God when, by divine dispensation, people from other religions are also able to have a taste of spiritual experiences. This strange fact highlights the enormous responsibility Christian bear concerning the manner of their participation in the sacraments of the Church. And not only that…