In his homily in praise of those who have love in their hearts, which we published recently, Saint Symeon the New Theologian states that love “is one in nature, wholly beyond the ken of angels or men or any other creatures, even those which are unknown to us”. In mentioning these “other creatures”, it is, of course, possible that Saint Symeon is simply drawing attention to the fact that he supposed that there were, in foreign climes, animals that he and his fellow citizens of New Rome had no idea about. They would certainly not have known about, for example, the kangaroo or the llama. But since this is a spiritual text, it may be that he had something else in mind: creatures that most of us will find it difficult to know. 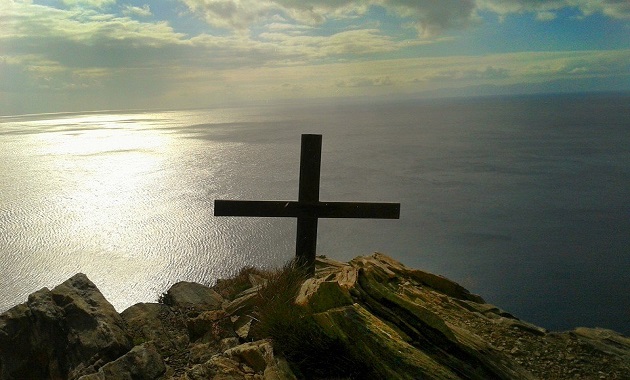 One of the most fatuous efforts being conducted at the moment is that of sending information about ourselves into outer space. On June 18, 2013, it was reported that: “One of the company’s first message beamed to the Gliese 526 system, located 17.6 light-years from Earth was sent by famous futurist Ray Kurzweil and reads: ‘Greetings to Gliese 526 from Singularity University. As you receive this, our computers have made us smarter, the better to understand you and the wisdom of the universe…’”. The clue is in “the company”; in other words, it’s a money-making project.

Real scientists, of course, know that this is a forlorn quest. We human beings are very much products of the planet on which we live. We have blood pressure, for example, to enable us to withstand atmospheric pressure. Were we to go to, say, the moon without a pressurized suit, we would simply explode.

Our senses, too, are attuned to life on earth. We talk about tomatoes being red, for example, or grass being green. But if we want to be accurate, we should say that this is how our eyes perceive them. The rods and cones in our retinas decode the light reflected from surfaces and tell the brain that something is “yellow”. More technically, “colour is the visual effect that is caused by the spectral composition of the light emitted, transmitted, or reflected by objects”.

It is well-known that dogs have a more limited perception of colour than humans. But they are able to hear pitches of sound which we can’t, the principle behind the dog whistle.

In 1960, Philip Sherrard published a splendid book called “Athos, the Mountain of Silence”. While Athos was certainly quieter then than it is today, it still wasn’t really silent. True, one could sit on an outcrop and hear nothing but the sounds of nature: the breeze ruffling the branches of trees, the cicadas, the play of the sea against the rocks below. But if you happened to have a radio on you and switched it on, you’d have heard a multitude of sounds. Rather in the same way as the colour red is not actually “in” the tomato, so the sounds would not have been “in” the radio: the eye and the radio act as receptors.

Now it is perfectly possible that God has chosen to populate each and every star and planet: He is all powerful and entirely beyond our understanding except in His dealings with us. But if He has done so, these creations of His will surely be mutually exclusive. Having created human beings on earth, it would be most un-Godlike of God to create us again somewhere else. Or even creatures that we could somehow contact through our earthly senses and intellect. The great weakness of science fiction is that we can imagine only what we can imagine. So all the monsters we envisage, are actually large-bodied, or three-headed, or multi-lingual, or gifted with powers we wish we had, which is rather feeble.

Yet the Fathers talk of the eyes of the nous or, sometimes, the heart, i.e. the eye of the centre of our being, where we confirm what we know to be true. This is what Saint Thalassios meant when he wrote that God created beings “with a capacity to receive the Spirit and to attain knowledge of Himself”. And, of course, Gregory Palamas, who continued the Patristic tradition in his exposition of hesychasm, insisted that the soul which had been cleansed and was able to “see” clearly might witness that which is invisible to the eyes of the body: the uncreated light.

And since, according, to the Fathers, angels are also endowed with nous, is it surprising that certain people who have achieved a certain standing in the eyes of the Lord should be able to “see” them and communicate with them? Obviously, no other person could have been present at the Annunciation, but had they been, as it were, a fly on the wall would they have seen the angel? Probably not.

This may seem all very speculative, but is not in fact so. We have the instances of Elder (now Saint) Porfyrios, Elder Païsios and Elder Athanasios (Hamakiotis) in recent years which testify to the fact that people of highly-developed spiritual powers are, indeed, able to communicate with creatures “which are unknown to [the rest] of us”. We also have the rich testimony of the experiences and teaching of the Fathers of the Church. By their holy prayers, may our noetic eyes be lightened, so that we may see more of the glorious habitat He has created for us, through His love and generosity towards us.