Constantine the Great, Lactantius, and Eusebius

When Constantine and Licinius became emperors, they agreed to end the Christian persecutions in 313. Sometime after this, in 316 Constantine appointed Lactantius to serve as Latin  tutor for his oldest son, Crispus, in Trier. Later (c.316) His works, which were influenced by Cicero and Seneca, were sincere, well-written expositions of Christian doctrine, but some of his theological details have been pronounced erroneous[22]. It is presumed that Lactantius spent the remainder of his life in Gaul and died around 330[23]. 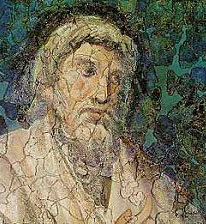 Lactantius thought of God in the familiar manner of patristic theology. He is “impassible, immutable, incorrupt, blessed, and eternal”[24]. He is one and perfect[25], and He is also “incomprehensible and unspeakable, and fully known to no other than Himself”[26]. The doctrine of God is summarized in the Epitome of the Divine Institutes: “There is, then, one God, perfect, eternal, incorruptible, incapable of suffering, subject to no circumstance or power, Himself possessing all things, ruling all things, whom the human mind can neither estimate in thought nor mortal tongue describe in speech”[27]. Although Lactantius tried to follow the patristic theology, his superficial knowing and understanding the Christian theology was the cause for some significant errors about Christian God in his theology.

Indicative of his heretic teachings, they were delivered dualistic ideas for interpretation the principle of evil. God bore two sons, one before creation and the other after it[28]. The second, which was the mean son of God, removed from God Father and created evil, which was interpreted as a result of human desire. Lactantius did not make any distinction as “separate person” for the Holy Spirit, which was identified with Christ[29]. Also he deferred the final judgement of dead and alive people after the millennial reign of Christ[30], which would begin about two hundred years after the time in which he wrote[31].

Although Lactantius is thought as Christian Cicero, Eusebius of Caesarea in Palestine is often referred to as the father of church history because of his work in recording the history of the early Christian Church. Eusebius was born about 263 C.E., probably in Palestine. He was educated at Antioch and Caesarea, where he formed a close relationship with the learned presbyter Pamphilus, whose name he added to his own. Pamphilus was the owner of a large library and the founder of a theological school, in which Eusebius taught. During this period Eusebius devoted a great deal of his time to studying the works of the second-century Catholic church father Origen, which Pamphilus had collected as a feature of his library. 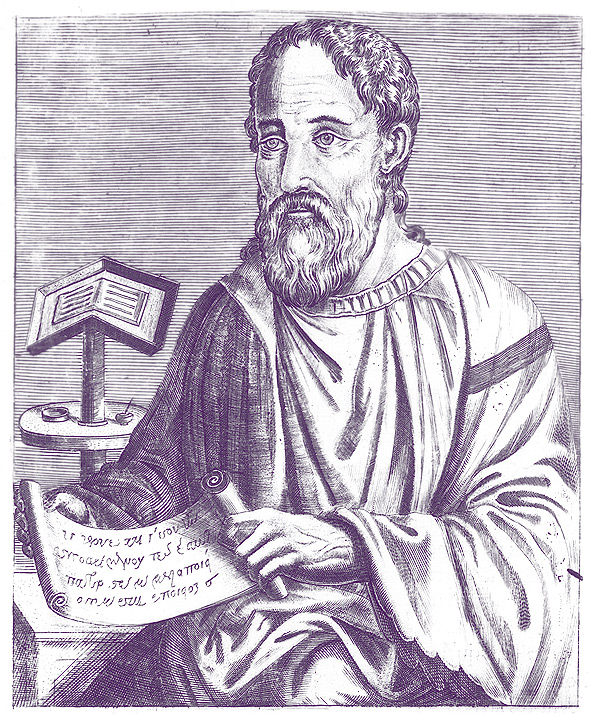 He may have come from a family of some influence as he was released after a short imprisonment during the Diocletian’s persecutions, persecutions in which his friend Pamphilus and other companions were martyred. Eusebius too, was imprisoned but managed to avoid his mentor’s fate. This fact created questions to Orthodoxs whether Eusebius worshiped and sacrificed to Gods of Pagans.

Eusebius was acquainted with the Priest Dorotheus in Antioch, who may have given him exegetical instruction. By 296 he was in Palestine, where he first saw Constantine when Constantine visited Palestine with Diocletian[32].

The most known work of Eusebius was the Ecclesiastic history. The latter was not written simply to record the deeds of the church after Christ’s ascension; he wanted to show that Christianity, with Constantine’s conversion, was the pinnacle of humanity’s long climb. The church had been an oppressed minority, but now it could enter a period of peace. Unfortunately, Eusebius had the misfortune to live in the first doctrinal debates and disputes that troubled the Catholic Church during the early fourth century.

That period included issues of Christology relating to the nature of Jesus Christ. Had He always existed in some divine form prior to His human birth? Had He enjoyed a similar status to that of the Father, or was He a created being of lower status? Eusebius was present at the Council of Nicaea (325), where the subject was hotly debated. His firsthand account of the proceedings has been a valuable record through the ages.

Eusebius was not only a recorder of history, but one of the key players at a significant turning point for the church. His era was marked by the “Great Persecution” under Diocletian and his co-rulers (303-311), the conversion of Emperor Constantine (312), and the council of Nicaea (325). About many events of his time, Eusebius could write as an eyewitness: “We saw with our own eyes the houses of prayer thrown down to the very foundations, and the divine and sacred Scriptures committed to the flames in the market-places, and the shepherds of the churches basely hidden here and there, and some of them captured ignominiously, and mocked by their enemies”[33].

Around 313, about the time of Constantine’s Edict of Milan, Eusebius became bishop of the Palestinian city. There he continued work on his church history, which he began during the persecutions. He also wrote a 15-volume refutation of paganism called Preparation, and Demonstration of the Gospel, demonstrating Christ’s fulfilment of Old Testament prophecy; he also completed his Chronicle of world history.

[30] In Book VII of Divinae institutiones, ‘Of a happy life,’ Lactantius quoted the oracles of the Cumaean and Erythraean Sibyls, to support his views about the conditions on the earth during the Millennium, which were also based upon his extremely literal approach to several Old Testament prophecies. See Chap. XXIV.–’Of the renewed world;’and Chap. XXVI.–’Of the loosing of the devil, and of the second and greatest judgment.’.