The Faith that knows no Bounds: The Centurion 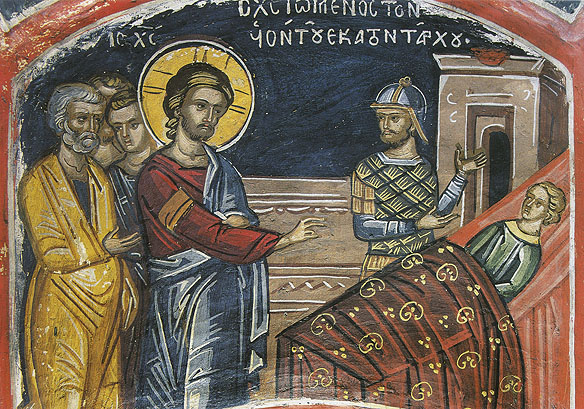 What do we mean when we say someone’s a believer? What precisely does ‘I believe in God’ mean? Simply that we accept His existence? That we think that there’s some creator of this universe Who’s interested to a greater or lesser extent in where it’s going? That, theoretically, we accept a Being, beyond anything we can conceive of? The answer to these questions is provided by Saint Matthew’s Gospel, (8, 5-13).

The narrative concerns a centurion, who had a critically ill servant, and who went to Jesus to ask for His help. Christ responded positively and was willing to go to the house of the Roman officer in order to heal the servant. The centurion, however, was conscious of his sins and was ashamed to receive the Master. So he asked Him to heal his servant simply by His command. He believed that Christ’s word was the source of life.

That’s how much he believed! So much, that he was convinced the Person who was in front of him had the power to do anything He wanted, without actually being present. He could even cure someone who was sick without seeing them, without knowing what exactly they were suffering from.

What a great lesson for all of us. A wonderful example of the extent and depth of true faith. His attitude is the complete answer to the questions we posed at the beginning. This is what real faith means. This is what ‘I believe in God’ means: to trust in Him entirely. To be totally convinced that He can do anything at all, in the face of any situation whatsoever, beyond the prevailing conditions and beyond anything that human reason can comprehend.

And there’s something else in this Scriptural reading: the nationality of the centurion. The man wasn’t a Jew; he didn’t belong to the nation that Christ was preaching to. He was a proven idolater, a pagan. This is why, immediately afterwards, Christ turned to the crowd that was following Him and praised the centurion publicly. As He had done in other situations, He warned the Israelites not to be smug about their provenance, not to be complacent because they belonged to ‘God’s chosen people’.

This is warning to all of us. Particularly Christians. We’d better not be complacent just because we’ve been baptized, or because we carry out our religious duties to the letter. If we don’t make sure we activate the grace we’ve been given, and if we’re not vigilant, then we shouldn’t take our faith as certain and our salvation for granted. People ‘from the East and the West’ as the reading tells us, are more worthy of being in the realm of the Kingdom of God.

And let’s note one last thing: the Lord praised the centurion’s faith in public.  He didn’t gloss over his behaviour so as not to make the man full of pride. He didn’t undervalue him and He didn’t want to teach him anything further. Even though He had nothing to gain from the man, He presented Him as an example of faith to the Jews (which was a very unusual action, at least for pious Jews). He acknowledged his faith publically in order to let it bear fruit and be an example to others.