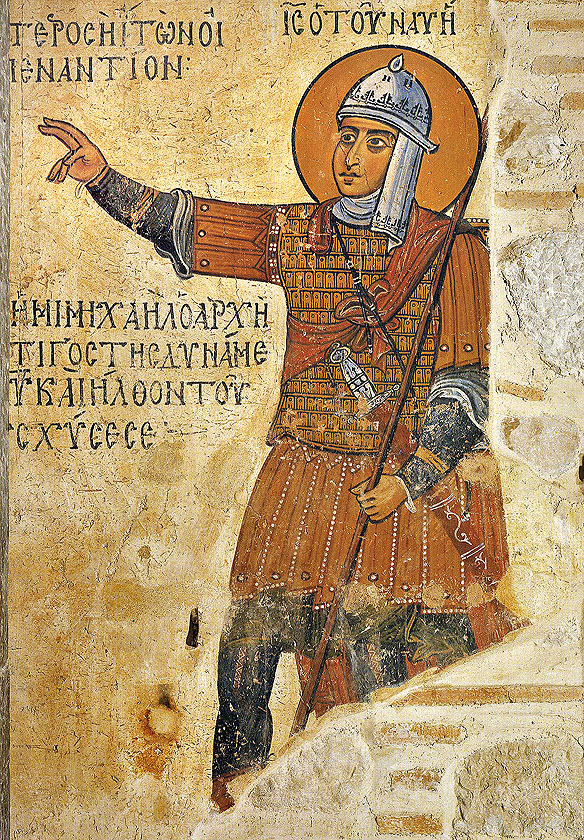 When the Israelites were on the verge of entering and conquering the promised land, under the leadership of Moses, the latter called the people to remind them of the events of the Exodus from the time they were prisoners in Egypt, and how God had freed His people from the shackles of slavery, bringing them into the desert, where He Himself took care of their welfare (Deut. 29, 1-12). He noted that the covenant God had entered into with them was not dependent on circumstances, nor did it involve individual persons or tribes of the Israelite people, but all Hebrews (Deut. 29, 13-28).

Before addressing the people for the last time (Deut. 31, 9-30) he announced that Joshua son of Nun was to be his successor as leader of the Israelites (Deut. 31, 1-6), naturally following a sign from God, as was the case with the selection of all His representatives, that is His prophets, who were called to follow the divine will and enter into God’s service. At the announcement of the delegation of the leadership to Joshua, Moses summoned his successor, saying: ‘Be courageous and strong, because, in the face of this people, you will go into the land which the Lord swore to  give to your fathers, and you shall give it to them as an inheritance. And the Lord Who accompanies you will not abandon you, nor forsake you. Fear not and be of good courage’ (Deut. 31, 7-8). 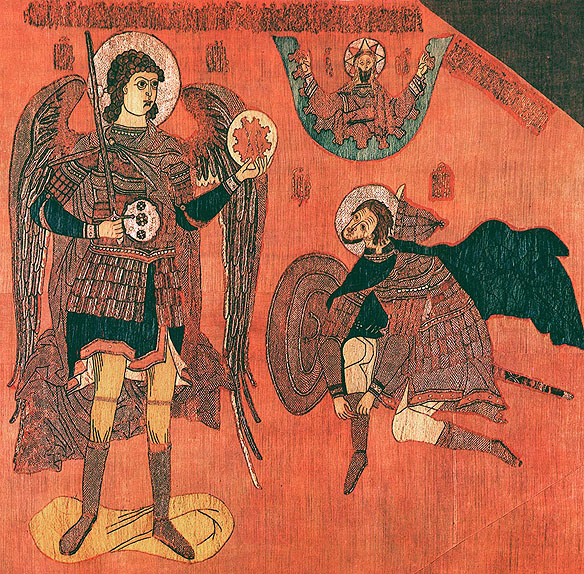 When Joshua was by Jericho, he lifted up his eyes and looked, and behold, a man was standing before him with his drawn sword in his hand. And Joshua went to him and said to him, “Are you for us, or for our adversaries?” And he said, “No; but I am the commander of the army of the Lord” (Josh. 5-13-15), Russian tapestry, 17th century

Moses then prayed to the Lord, addressing to Him his famous ode, that is his swan song, (Deut. 32, 1-52), blessed the people for the last time (Deut. 33, 1-29) and departed this life at the age of 120 (Deut. 34, 1-8). Joshua was then ‘filled with the spirit of knowledge; and the children of Israel listened to him and did as the Lord had commanded Moses’ (Deut. 34, 1-8). When they had buried Moses, according to the narrative in Deuteronomy, Joshua was commanded by God to lead the people and to conquer the promised land (Josh. 1, 1-9). 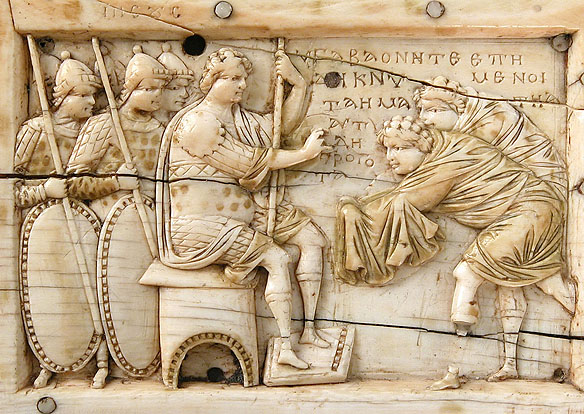 The events linked to the activities of Moses’ successor, Joshua, are recorded in the book named after him, the sixth historical book in the Old Testament, according to the sequence in the Septuagint (Alexandrine) version. The book continues the story of the Israelite people from the death of Moses to that of Joshua and aims to demonstrate that God keeps the promises He gave to the fathers of Israel relating to the inheritance of the promised land. 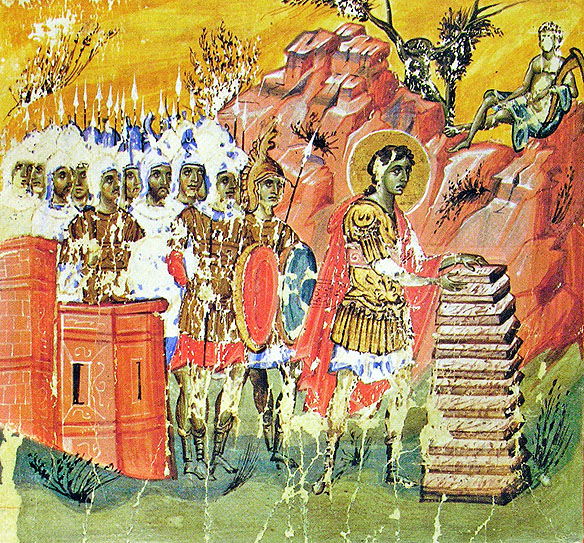 “And those twelve stones, which they took out of the Jordan, Joshua set up at Gilgal” (Josh 4, 20), Byzantine manuscript (Vatop. 602), 13th Century

During the years Joshua was active as leader, many important events occurred, both to him personally and to the whole of the Israelite people. They crossed the River Jordan in miraculous fashion (Josh. 3, 1-17). They captured Jericho (6, 1-6), as well as Ai (8, 20-29). The sun stood still, prolonging the length of the day so that the Israelites could defeat their enemies the Amorites in battle (10, 12-24). They captured the regions of Northern Canaan (11, 1-20). Joshua divided the promised land between the twelve tribes of Israel (13-19). He appointed cities of refuge (20) and determined which cities were to be inhabited by the Levites, who were entirely dedicated to God (21, 1-42). But before he captured Jericho, he came face to face with the Archangel Michael, who encouraged him to go ahead with the attack on the city (5, 10-15). 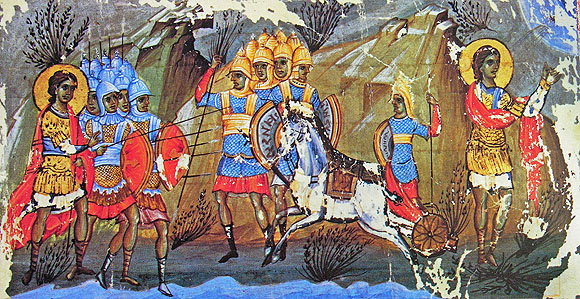 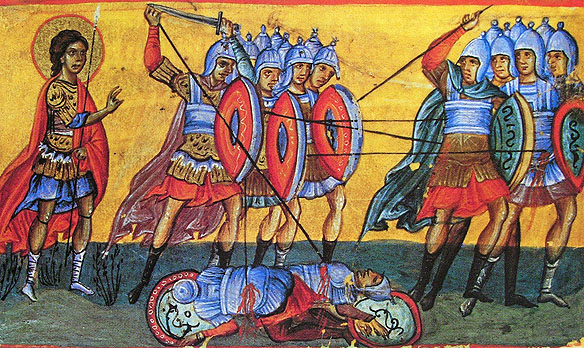 The memory of Joshua is celebrated on 1 September.