Orthodox Witness in France. On the Unity of Orthodoxy

One issue faced by Orthodox Churches is that of the different nationalities and languages of the faithful, which, in certain circumstances, results in ethnophyletism. Is this danger of the fragmentation of the voice of the Church obvious in France, where you live? What are the main unifying features for the Orthodox in Europe? 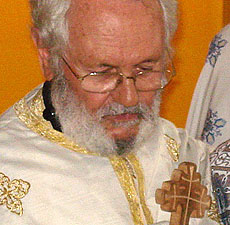 Unfortunately, this danger is ever present, although it’s been more obvious since the great emigrations of the Russians – and the Greeks – since the beginning of the 20th century. At that time, the Orthodox gathered in groups  in the Church of their faith, but, even more so in the church that recalled their language, their families, their countries and their traditions, none of which they wanted to lose. Then there were some French people who became Orthodox thanks to their contact with refugees who wished to bring the Orthodox message to the land that had accepted them. They felt isolated and sometimes, as a result, behaved in a nationalist fashion, that is they fell into ethnophyletism.

This insensitive point, which we can deal with only in the Church, in the Body of Christ. In our Metropolis we have a Romanian Metropolitan who’s lived in France for years now and speaks perfect French, because, apart from his theological studies in Romania, he also attended the Institut Saint Serge in Paris and was a monk at a monastery in France. His Eminence Iosif is very missionary-minded and is assisted by Bishop Mark, a Frenchman who speaks Romanian.

The Orthodox Church at Besançon

But it’s obvious that the Romanians, especially the ones who’ve just arrived, should feel that the parish is their home and should occasionally find their own language and traditional songs, especially at the time of parish feasts. In any case, this is enrichment for the French converts. And the transition to the local language also depends on the presence of French believers in Romanian parishes.

In our parish- and we owe this to God- we enjoy fruitful collaboration. We hold the services in French, for the most part, with some litanies or central points (the Lord’s Prayer and the Creed) in Romanian We hold baptisms, weddings and funerals in Romanian- even in Greek- if the families have arrived from abroad. At Easter, we read the Lord’s Prayer in ten languages. It was a blessed Easter night, with the Orthodox faithful united in the Body of Christ, irrespective of languages and customs. 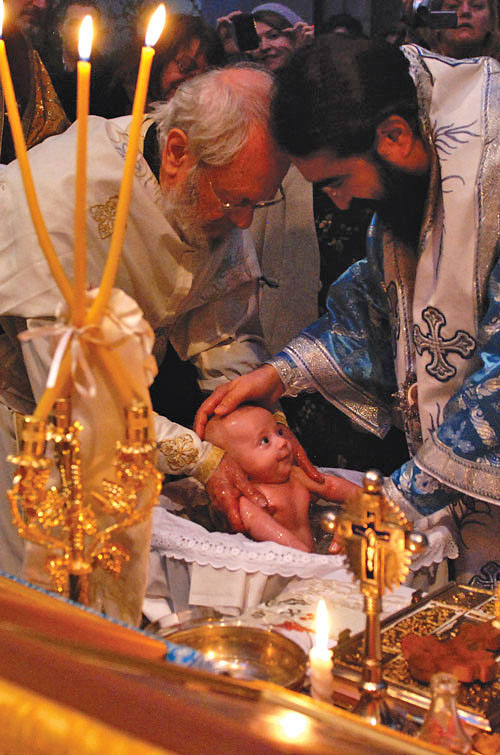 The most salient point of unity among the Orthodox in Europe is, without doubt, the Divine Liturgy and the return to the Apostolic Tradition by observing in our hearts the principles of the Holy Apostle Paul: to become French to the French, with our goal of Orthodox mission in France. But the aim we have to achieve is that in Christ there should be no French, no Romanians, or Greeks or Russians, but that Christ should be alive in all people!

From an ecclesiological point of view, one important and unique phenomenon in Western Europe is that there is, in France, a Conference (the synod of Orthodox Bishops, under the chairmanship of the Metropolitan of France from the Ecumenical Patriarchate), which unites all the Orthodox bishops and Metropolitans who are living in our country. Each of these continues to be a member of the synod from which he comes and which he chairs, inspiring the ecclesiastical life of the immigrant communities in France, who have left their own country (the diaspora). Some Metropolitans, such as Metropolitan Joseph, encourage the creation of French-speaking parishes, French/Romanian parishes which sometimes, as in the case of Besançon, for example, attract all the Orthodox, not only the French and Romanians.

Source: This is an excerpt from an interview in the periodical «Εκκλησιαστική Παρέμβαση» of the Holy Metropolis of Nafpaktos and Agios Vlasios, given by Fr. Pierre Deschamps, priest in charge of the Orthodox Church of Saint George in Besançon, France, of the Metropolis of Western and Southern Europe, which belongs to the Patriarchate of Romania. The full text of the interview can be found in «Εκκλησιαστική Παρέμβαση», no. 191, June 2012.