I grew up in a Lutheran Church in Wisconsin, hearing the stories of the Bible every Sunday just as I still do now as an Orthodox Christian. And my imagination filled in the details of the tales proclaimed from that pulpit.

As I heard about Jesus and the places he went, I would, of course, imagine for him a setting. If a tree was so much as mentioned, I set him in an Upper Midwest forest. If he was on a boat on the Sea of Galilee, I put him on waters patterned after one of the lakes gracing Madison, Wisconsin to the north and the south. And I imagine that people all across the globe do the same thing, embellishing the Gospel of their imagination with the world they see around them.

And at a very early age, I dreamt of the day when I would actually visit the Holy Lands mentioned in the Bible. I crept into my adulthood and I had seen parts of Europe, but points farther East still eluded me.

My first visit to a biblical land would come courtesy of the United States Government in 2004, when I was sent to the land of the Two Rivers, the Tigris and Euphrates. The place from which Abraham hailed. A spot not far from the reported location of the Garden of Eden. The land holding Nineveh, where the Prophet Jonah preached. We’re talking, of course, about Iraq. I’m going to admit that I was a little busy worried moment to moment about my safety to reflect too deeply about the historical significance of the place. And I hope that in the near future the situation on the ground there might allow a return visit that could be more reflective.

But Iraq is peripheral to the heart of the Bible. The real Holy Land is, of course, Israel. And this last summer the dreams of that little Lutheran boy were finally realized.

Now, that little Lutheran boy eventually came to a place, after long years of study and prayer, where he had to join in Communion with the Historical Church Jesus founded and which was passed down from the Apostles faithfully in the Orthodox Church. With great joy, I was chrismated Orthodox in December of 2003. Shortly thereafter I met the woman who would become my wife, a Romanian-American. And, well, shortly after that I was in Iraq. But then I came home.

We summer every year in my wife’s native Romania. We sing in the choir of a local parish and adore exploring the Churches and Monasteries of that deeply Orthodox country. And this last summer, we joined a pilgrimage sponsored by the Romanian Orthodox Church to the Holy Land. For a busy week we were all across points in Israel and the Palestinian Territories.

Early into the trip, as we visited places such as the spot of the Annunciation and the Mount of Olives, I was struck by a twinge of a shadow of a regret. For as much as I had always dreamed of seeing these Holy Places, I was mourning the inevitable loss of the years of my imagination. The boy who first fell in love with Jesus in the pew of that Lutheran Church has fond memories of his Lord and Savior surrounded by scenes within his mind. But the Orthodox man who now stood actually in those spots replaces all those cherished images with a truth, a brutal truth because it’s what’s now ultimately real.

In that week, there was little of historical and religious significance that we did not see. Some of the older members of our tour group even complained that the trip was too arduous. I’m in good shape, but there were days there when I was hoping and praying that whatever we were seeing was the last spot of the day, only to then visit two more Churches and Monasteries. 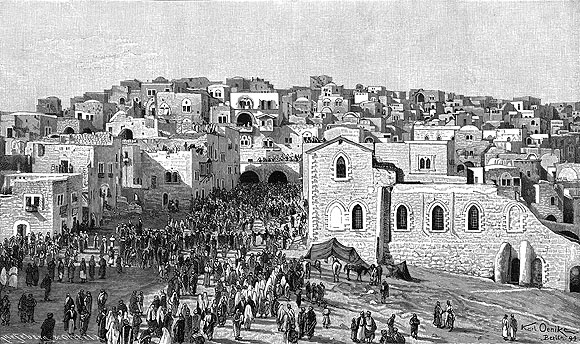 It was a wonderful and blessed experience. I venerated the spot of the Crucifixion and the Holy Sepulchre. I kissed the ground on which our Savior was born in Bethlehem. I swam in the Dead Sea, saw the Caves of Qumran, and rode a boat on the Sea of Galilee.

That summer ended. We returned to our day-to-day life. And every Sunday again I am hearing the stories of the Bible, just as I did as a little Lutheran boy. And then, I noticed it.

As the words of the Holy Liturgy wash over me, and as the Scriptures are proclaimed, and as my still child-like imagination fills in the details of the tales proclaimed from that pulpit, the places I saw there have not invaded or conquered the memories I painted over the decades that preceded that trip. At first that fact surprised me, then it relieved me, and I have now come to be not at all surprised. 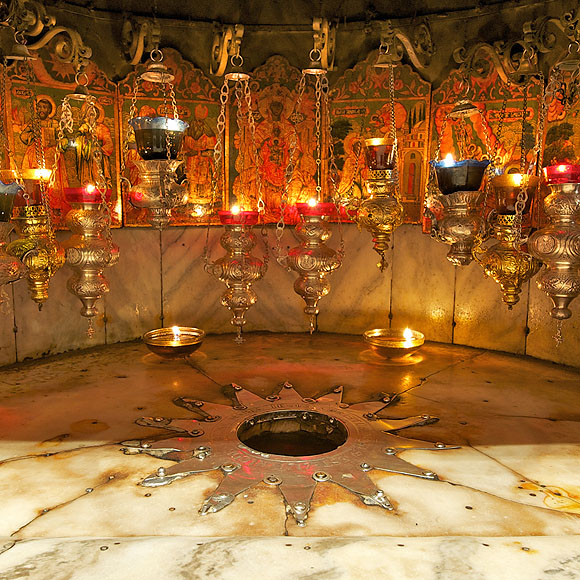 I cherish that trip. We’ll probably do it again. But the God who first touched my heart sitting in a pew in Wisconsin never needed me to visit Jerusalem. And long before I visit Jerusalem again, His will for me is rather that I cling to the Sacraments of the Church and that I deepen my prayer.

And as I do so, I smile as I picture Jesus, not on that same Sea of Galilee that I beheld, but on the little lake I swam in as a boy. My Lord Jesus, you chose to be born into my world. And the greatest miracle of all is that you are still born into human hearts such as mine.