On the Slaves of Sin and the Servants of Virtue

“Do you not know that if you present yourselves to anyone as obedient servants, you are slaves of the one whom you obey, either of sin, which leads to death, or of obedience, which leads to righteousness? But thanks be to God, that you who were once slaves of sin have become obedient from the heart to the standard of teaching to which you were committed, and, having been set free from sin, have become servants of righteousness. I am speaking in human terms, because of your natural limitations. For just as you once presented your members as slaves to impurity and to lawlessness leading to more lawlessness, so now present your members as servants to righteousness leading to sanctification. 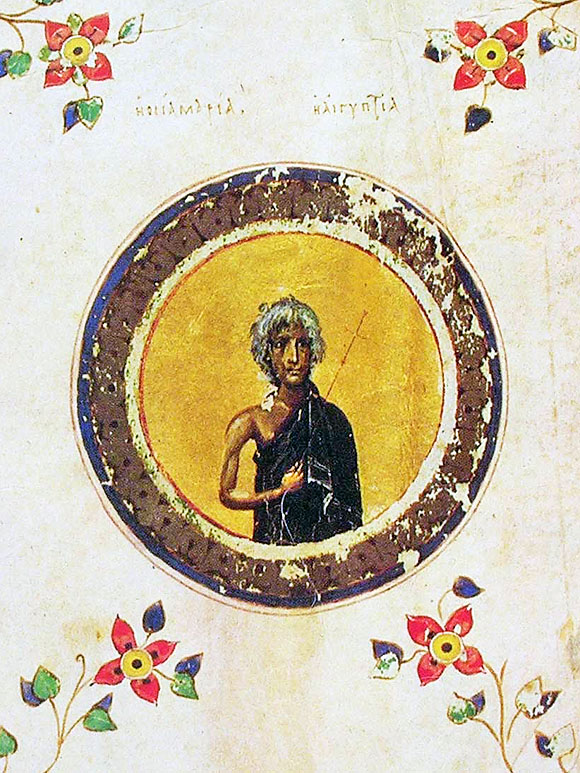 For when you were slaves of sin, you were free in regard to righteousness. But what fruit were you getting at that time from the things of which you are now ashamed? For the end of those things is death. But now that you have been set free from sin and have become servants of God, the fruit you get leads to sanctification and its end, eternal life. For the wages of sin is death, but the free gift of God is eternal life in Christ Jesus our Lord” (Rom. 6, 16-23).

I shall try, as far as I can, to explain to you these words of the great Apostle. The essence of the matter, here, lies in his view on enslavement to sin and service to righteousness. Let us look at these words carefully. “Just as, formerly, you had subjected your whole being to the passions and actions contrary to the divine will, with the result that you lived in opposition to God’s commandments, so, now, you have to subject your whole being to the divine will, in order to be closer to God”.

The mind which governs us and which is what distinguishes us from dumb beasts can be made into a slave of sin, if we use it not to learn the will of God and His law, but to think of ways of committing injustice, duplicity and hostility towards our neighbour. If we focus on hedonistic pleasures, if we behave with hatred and conceit towards our neighbour, then our eyes will certainly become organs of sin. If we direct our hearing towards gossip, passing judgment on others, idle chatter, vain words and flattery, then they, too, will become organs of sin.

And what can we say about our hands? How often do we extend them in order to swindle someone else, to steal something or, much as I hate to say so, to murder someone. And our legs? The legs of so many unfortunate people often lead them into robbery, or they make all haste to get to the “assemblies of the impious”. Bare legs provoke bodily desire. And as for the main organ of sin and impurity, I’m ashamed even to talk about it.

We make even our hair, our teeth and our nails into organs of sin. Women use complicated coiffures and hair ornaments in order to interest men and attract them. When people quarrel, they can scratch each other, or even bite with their teeth. So all the parts of our body can become organs of sin and we devastate our souls if we misuse them.

It’s possible, though, to use the parts of our body for good rather than evil. Let’s turn our attention to learning the will of God and the law of Christ, studying the works of the blessed fathers and great hierarchs and learning from them the ways of the righteous. May our eyes be forever turned, in the mind, to the most venerable cross of Christ, to the contemplation of divine beauty in the created world and may our hearts be moved by observing our good and striving brothers and sisters who are following the path of kindness and mercy.

If we use our hands to distribute alms abundantly to the poor and weak among us, will they not then become a natural organ of righteousness? Our feet and legs can also become beautiful in accordance with the words of Saint Paul: “How beautiful are the feet of those who preach the good news” (Rom. 10, 15).

All our works, our words and our thoughts, good and bad, inevitably leave traces deep in our souls. And, in fact, when they’re repeated regularly, they gradually alter our spiritual and also our corporeal nature. Those unfortunate people who have made their bodily parts the organs of sin really do become slaves to sin. Since they don’t try to resist their impure impulses, they give in to them and satisfy them. In this way they destroy their own will and become slaves to sin. Slaves don’t have a will of their own, but follow the will of their owners.

On the other hand, blessed are those people who use their members to perform works that are righteous, good and pure; they receive the aid and grace of God, and, slowly but surely, become servants of righteousness, servants of God.

These powerful words were addressed by Saint Paul to the Christians of Rome, who believed in God and changed their way of life, abandoning the manner in which they’d lived formerly, which had been sinful and prodigal. In the first chapter of his epistle, he reminds them that, until they came to know Christ, “they were filled with all manner of unrighteousness, evil, covetousness, malice. They are full of envy, murder, strife, deceit, maliciousness. They are gossips, slanderers, haters of God, insolent, haughty, boastful, inventors of evil, disobedient to parents, foolish, faithless, heartless, and ruthless”. (Rom. 1, 29-31).

These words of Saint Paul are not concerned only with the idolaters of Rome, but with all impious people, in every age and every nation, who don’t think about truth and goodness. But if only they turn to God and make the parts of their body organs of righteousness, then the fruit of this change will be sanctity and, in the end, eternal life, of which Christ, our most merciful and most compassionate God, will make us worthy- all of us who repent. Amen.