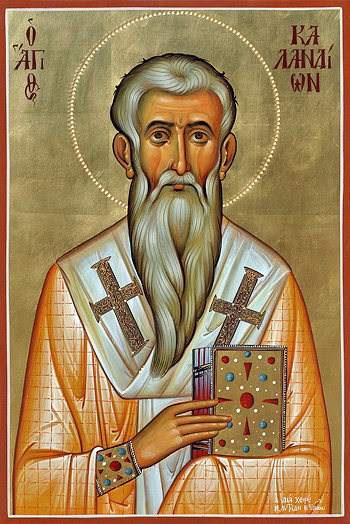 After the fall of Palestine to the Arabs, a large number of crusaders (soldiers, clergy and lay people) settled in Cyprus. Many of them led a hermit’s ascetic life and they were classified among the “Saints and Pious” of the island. To these are attributed many miracles and they comprise the 300 Alaman Saints of Cyprus. Alaman is a corruption of the French term Allemand, meaning German, and derives from the conviction that they had served in the German army of the Crusaders, being tall and tough.

To the Alaman Saints belonged Kalandion, Agapios and Varlaam who lived as hermits in the region of Pano Arodes, near Paphos. The church of the village was built in the 18th century and is dedicated to the memory of Saint Kalandion, being the single church in the world dedicated to Saint Kalandion, who was Patriarch of Antioch (481-485) and brought back the relics of Eustathius, ending the known Schism of Antioch. 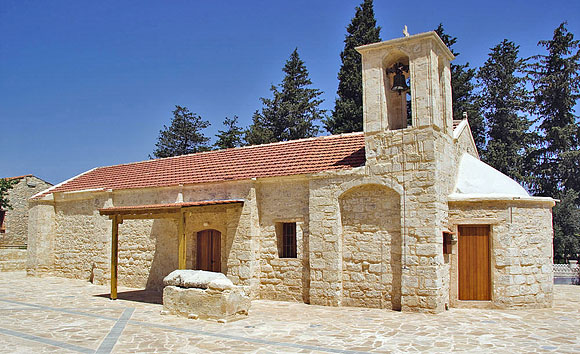 The Church of Saint Kalandion in Pano Arodes, Cyprus 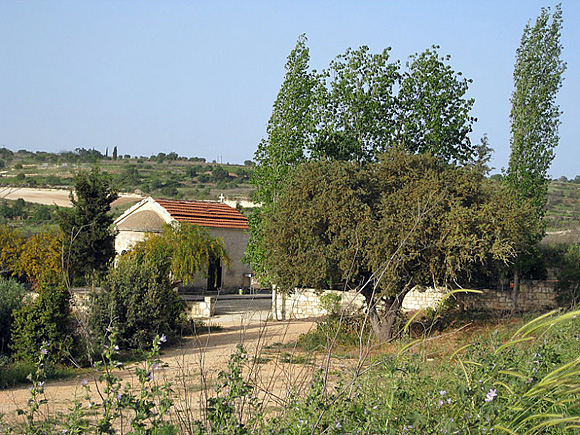 The Church of Virgin Chrysospiliotissa

There is another church just outside the village, the Virgin of Chrysospiliotissa. The area was an important Medieval settlement called Thermokrini that disappeared at the end of the Ottoman occupation. There still remain a few scattered stones of the old houses…

You can read more about the region of Pano Arodes here: http://panoarodes.com/