The “D” Word: Why Dogmas Matter 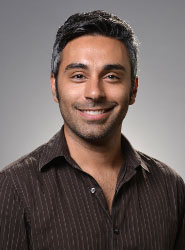 Amir Azarvan is an assistant professor of political science at Georgia Gwinnett College.  He is the editor of a forthcoming book entitled, Re-Introducing Christianity: An Eastern Apologia for a Western Audience (Wipf & Stock), as well as the editor-in-chief of Contemporary Faith Magazine.

“I don’t have a problem with religion, I just don’t like dogmas.”  Statements like this are reflective of the growing disdain that people have for religious doctrine.  Even many traditional Christian believers seem reluctant to use the word “dogma”, as they are aware of its negative connotations. For many, this term has come to signify a belief that can’t be proven, and to which only close-minded people can subscribe. In this short essay, I’m going to address this view from a (not necessarily exclusively) Eastern Orthodox perspective.

To begin, dogma simply means “opinion, tenet,” or literally “that which one thinks is true.”  Appreciating their function to one’s spiritual health, the Church has officially recognized certain, specifically religious tenets.  Here’s an analogy that might help to illustrate this function.  Suppose you’re looking for a wife. The opinions you bring with you about the ideal wife are absolutely critical. It’s likely that you’ll be a miserable husband if you abandon the tried and true “dogma” that the perfect wife is one who will respect, love, and care for her husband, and instead rely on the tenet that the perfect wife is one who is a total babe. In other words, dogma and one’s spiritual health are inseparable. What you believe about divine matters may affect your spiritual well-being in the same way that your belief about the ideal wife affects your prospects for a happy marriage.  How could it be otherwise?  How, for instance, could one be motivated to strive for deification (2 Peter 1:4) if he, like the heretical Gnostics before him, doesn’t even view deification as man’s ultimate goal?

Fredericka Mathewes-Green relies on a different – but equally suitable – analogy from that above. Paraphrasing Metropolitan Anthony Bloom, she argues that “a difference in doctrine means a different understanding of the ‘divine realm’ and ‘the spiritual order’. It would be like trying to drive through Tennessee using a map of Maine” (The Jesus Prayer: The Ancient Prayer that Tunes the Heart to God, p. 28). Fr. John Romanides also invoked the image of a journey in explaining the importance of correct dogma: “Doctrine is not what saves people. It simply opens the pathway” to salvation (Patristic Theology: The University Lectures of Fr. John Romanides, p. 70).

It is only from this soteriological perspective that we can properly understand the history of Christian dogma. As Vladimir Lossky noted, the primary concern in the Church’s dogmatic battles against the various heretical movements was always “the possibility, the manner, or the means of our union with God. All the history of Christian dogma unfolds itself about this mystical centre, guarded by different weapons againsts its many and diverse assailants in the course of successive ages” (The Mystical Theology of the Eastern Church, p. 10).

But is it true that dogmas are unverifiable, and therefore not for free-thinking people? Is it true, as Sam Harris suggests, that “the maintenance of religious dogma always comes at the expense of science”? From the Orthodox perspective, Christian dogma originated in, leads one to, and continues to be validated by, mystical experience. In other words, the truth of dogmas can be proven. Yes, it might not be proven in a strictly scientific sense, where another person can replicate your personal “findings”. But in no way does this imply that religious dogma contradicts science; it simply means that it lies beyond its purview. Let’s remember that not everything that we – including the nonbelievers among us – believe is scientifically validated in this manner. To use but one example, I can’t directly prove to you that I love my wife by enabling you to feel the exact feelings I have for her. But it would be absurd of you to personally conclude from this fact that I don’t love her, or that my profession of love somehow “comes at the expense of science.”

In short, despite the misguided claims of the “New Atheists”, we aren’t invited to believe blindly in what is true, but to ultimately experience this truth ourselves. The acceptance of dogmas isn’t valued as an end in itself, but as a necessary means of attaining to this experience.