The Church as a Therapeutic Center: The Main Task of the Church Is to Cure 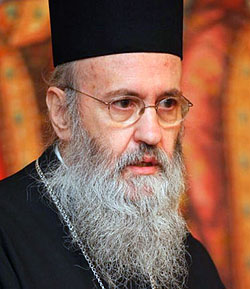 This objective of the Church is seen in Christ’s well-known parable of the good Samaritan. According to Saint John Chrysostom’s interpretation, the man who fell into the hands of robbers is Adam and his descendants who stepped down from the heavenly polity to the polity of the devil’s deceit, which wounded them deeply. The good Samaritan is Christ, who incarnated to cure the wounded man. He gave life to the almost-dead man with wine and oil, that is, with His Blood and the Holy Spirit. Then he carried him to the inn, which is the Church, to be healed. The innkeeper is the Apostles and after them the clerics, who have the commandment to heal men wounded by the devil. Thus, in this parable it is clear that the Church is a Hospital that cures men who are sick because of sin, and the bishops-priests are therapists of the people of God.

Christ referred to His healing work elsewhere too. He said: “They that be whole need not a physician but they that are sick” (Matt. 9:12). All of His sayings referring to the acquisition of humility, the realization of sin, repentance, and so on, show that the Son and Word of God became human to defeat death, sin, and the devil, and to deify man. Hence, all His work refers to man’s cure.

In one of his sermons, Saint Gregory the Theologian presents Christ’s work as curing. His incarnation was aimed at man’s cure. Christ assumed the whole nature of man because “what is not assumed is also not healed.” Everything Christ did aimed at man’s cure. “All this was to educate us in God and to cure our illness”. This is why Christ is often called a physician, a therapist of soul and body. He is also called medicine because cure takes place by the eating and drinking of the Body and Blood of Christ.

Therefore, Christ is both healer and medicine. There are several phrases in the Liturgy describing these qualities of Christ. By the Grace of Christ, clerics throughout the centuries are also healers of the people. Saint Gregory writes: “We who preside over the others are servants and collaborators for this cure.” Every work undertaken by bishops-priests must aim at man’s salvation, at his deification. This is why it has been said characteristically that the task of the Church is to create relics. This means that when man is cured and attains deification, his body is also deified and becomes a relic, by Christ’s Grace.