Which Came First: The Church or the New Testament? – 2

The list is endless. In fact any issue at all could-and often did-cause Christians to part ways. The fruit of this sectarian spirit has been the creation of literally thousands of independent churches and denominations. As I myself became increasingly sectarian, my radicalism intensified, and I came to believe that all churches were unbiblical: to become a member of any church was to compromise the Faith. For me, “church” meant “the Bible, God, and me.” This hostility towards the churches fit in well with my Jewish background. I naturally distrusted all churches because I felt they had betrayed the teachings of Christ by having participated in or passively ignored the persecution of the Jews throughout history. But the more sectarian I became-to the point of being obnoxious and antisocial-the more I began to realize that something was seriously wrong with my approach to Christianity. My spiritual life wasn’t working. Clearly, my privately held beliefs in the Bible and what it taught were leading me away from love and community with my fellow Christians, and therefore away from Christ. 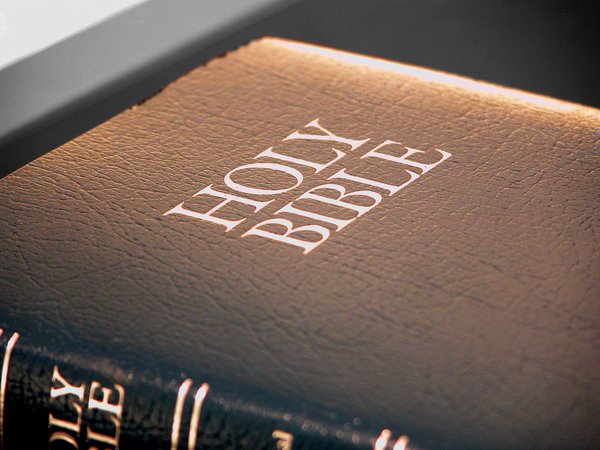 As Saint John the Evangelist wrote, “He who does not love his brother whom he has seen, how can he love God whom he has not seen?” (1 John 4:20). This division and hostility were not what had drawn me to Christ. And I knew the answer was not to deny the Faith or reject the Scriptures. Something had to change. Maybe it was me. I turned to a study of the history of the Church and the New Testament, hoping to shed some light on what my attitude toward the Church and the Bible should be. The results were not at all what I expected.

THE BIBLE OF THE APOSTLES

My initial attitude was that whatever was good enough for the Apostles would be good enough for me. This is where I got my first surprise. As I mentioned previously, I knew that the Apostle Paul regarded Scripture as being inspired by God (2 Timothy 3:16). But I had always assumed that the “Scripture” spoken of in this passage was the whole Bible-both the Old and New Testaments. In reality, there was no “New Testament” when this statement was made. Even the Old Testament was still in the process of formulation, for the Jews did not decide upon a definitive list or canon of Old Testament books until after the rise of Christianity. As I studied further, I discovered that the early Christians used a Greek translation of the Old Testament called the Septuagint. This translation, which was begun in Alexandria, Egypt, in the third century B.C., contained an expanded canon which included a number of the so-called “deuterocanonical” (or “apocryphal”) books.

Although there was some initial debate over these books, they were eventually received by Christians into the Old Testament canon. In reaction to the rise of Christianity, the Jews narrowed their canons and eventually excluded the deuterocanonical books-although they still regarded them as sacred. The modern Jewish canon was not rigidly fixed until the third century A.D. Interestingly, it is this later version of the Jewish canon of the Old Testament, rather than the canon of early Christianity, that is followed by most modern Protestants today. When the Apostles lived and wrote, there was no New Testament and no finalized Old Testament. The concept of “Scripture” was much less well-defined than I had envisioned.