Which Came First: The Church or the New Testament? – 7

A QUESTION OF AUTHORITY

The second issue I had to grapple with was even more difficult for me-the issue of Church authority. It was clear from my study that the Church had, in fact, determined which books composed the Scriptures; but still I wrestled mightily with the thought that the Church had been given this authority. Ultimately, it came down to a single issue. I already believed with all my heart that God spoke authoritatively through His written Word. The written Word of God is concrete and tangible. I can touch the Bible and read it. But for some strange reason, I was reluctant to believe the same things about the Body of Christ, the Church-that she was visible and tangible, located physically on earth in history. 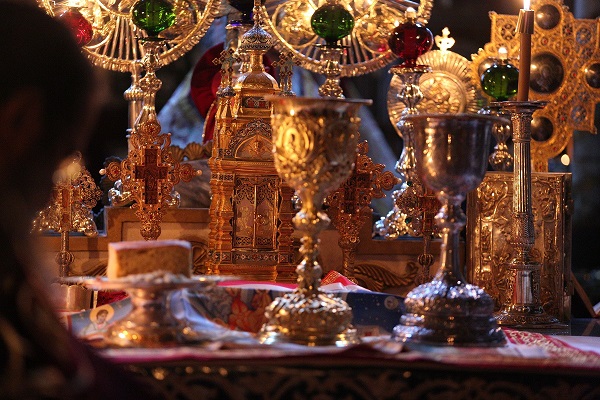 The Church to me was essentially “mystical” and intangible, not identifiable with any specific earthly assembly. This view permitted me to see each Christian as being a church unto himself. How convenient this is, especially when doctrinal or personal problems arise! Yet this view did not agree with the reality of what the Church was understood to be in the apostolic era. The New Testament is about real churches, not ethereal ones. Could I now accept the fact that God spoke authoritatively, not only through the Bible, but through His Church as well-the very Church which had produced, protected, and actively preserved the Scriptures I held so dear?

THE CHURCH OF THE NEW TESTAMENT

In the view of the earliest Christians, God spoke His Word not only to but through His Body, the Church. It was within His Body, the Church, that the Word was confirmed and established. Without question, the Scriptures were looked upon by early Christians as God’s active revelation of Himself to the world. At the same time, the Church was understood as the household of God, “having been built on the foundation of the apostles and prophets, Jesus Christ Himself being the chief cornerstone, in whom the whole building, being fitted together, grows into a holy temple in the Lord” (Ephesians 2:20, 21). God has His Word, but He also has His Body. The New Testament says: (1) “Now you are the body of Christ, and members individually” (1 Corinthians 12:27; compare Romans 12:5). (2) “He [Christ] is the head of the body, the church” (Colossians 1:18). (3) “And He [the Father] put all things under His [the Son’s] feet, and gave Him to be head overall things to the church, which is His body, the fullness of Him who fills all in all” (Ephesians 1:22, 23).

In early times there was no organic separation between Bible and Church, as we so often find today. The Body without the Word is without message, but the Word without the Body is without foundation. As Paul writes, the Body is “the church of the living God, the pillar and ground of the truth” (1 Timothy 3:15). The Church is the Living Body of the Incarnate Lord. The Apostle does not say that the New Testament is the pillar and ground of the truth. The Church is the pillar and foundation of the truth because the New Testament was built upon her life in God. In short, she wrote it! She is an integral part of the gospel message, and it is within the Church that the New Testament was written and preserved.