Which Came First: The Church or the New Testament? – 8

THE WORD OF GOD IN ORAL TRADITION

The Apostle Paul exhorts us, “Therefore, brethren, stand fast and hold the traditions which you were taught, whether by word or our epistle” (2 Thessalonians 2:15). This verse was one that I had not highlighted because it used two phrases I didn’t like: “hold the traditions” and “by word [of mouth].” These two phrases conflicted with my understanding of biblical authority. But then I began to understand: the same God who speaks to us through His written Word, the Bible, spoke also through the Apostles of Christ as they taught and preached in person. The Scriptures themselves teach in this passage (and others) that this oral tradition is what we are to keep! Written and oral tradition are not in conflict, but are parts of one whole. This explains why the Fathers teach that he who does not have the Church as his Mother does not have God as his Father. In coming to this realization, I concluded that I had grossly overreacted in rejecting oral Holy Tradition. In my hostility toward Jewish oral tradition, which rejected Christ, I had rejected Christian oral Holy Tradition, which expresses the life of the Holy Spirit in the Church. And I had rejected the idea that this Tradition enables us properly and fully to understand the Bible. Let me illustrate this point with an experience I had recently. I decided to build a shed behind my house. In preparation, I studied a book on carpentry that has “everything” in it. It’s full of pictures and diagrams, enough so that “even a kid could follow its instructions.” It explains itself, I was told. But, simple as it claimed to be, the more I read it, the more questions I had and the more confused I became.

Disgusted at not being able to understand something that seemed so simple, I came to the conclusion that the book needed interpretation. Without help, I just couldn’t put it into practice. What I needed was someone with expertise who could explain the manual to me. Fortunately, I had a friend who was able to show me how the project should be completed. He knows because of oral tradition. An experienced carpenter taught him, and he in turn taught me. Written and oral tradition together got the job done.

The Bible is adequate for salvation in the sense that it contains the foundational material needed to establish us on the correct path. On the other hand, it is wrong to consider the Bible as being self-sufficient and self-interpreting. The Bible is meant to be read and understood by the illumination of God’s Holy Spirit within the life of the Church. Did not the Lord Himself tell His disciples, just prior to His crucifixion, “When He, the Spirit of truth, has come, He will guide you into all truth; for He will not speak on His own authority, but whatever He hears He will speak; and He will tell you things to come” (John 16:13)? He also said, “I will build My church, and the gates of Hades shall not prevail against it” (Matthew 16:18). Our Lord did not leave us with only a book to guide us.

He left us with His Church. The Holy Spirit within the Church teaches us, and His teaching complements Scripture. How foolish to believe that God’s full illumination ceased after the New Testament books were written and did not resume until the Protestant Reformation in the sixteenth century, or-to take this argument to its logical conclusion-until the very moment when 1, myself, started reading the Bible. Either the Holy Spirit was in the Church throughout the centuries following the New Testament period, leading, teaching, and illuminating her in her understanding of the gospel message, or the Church has been left a spiritual orphan, with individual Christians independently interpreting-and often “authoritatively” teaching the same Scripture in radically different ways. Such chaos cannot be the will of God, “for God is not the author of confusion but of peace” (1 Corinthians 14:33). 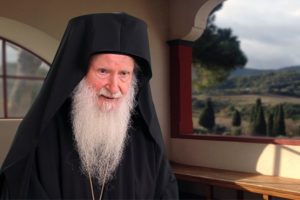 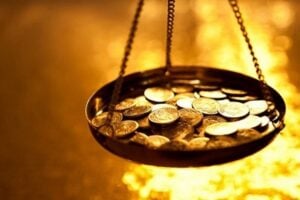 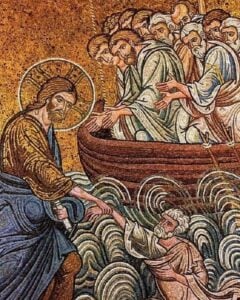 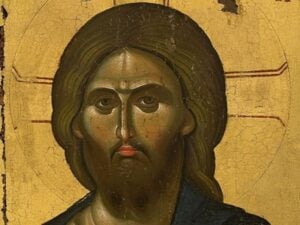 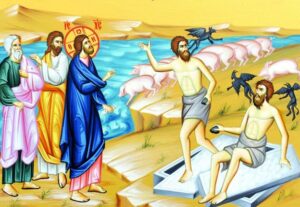 Miracle and Cure (5th Sunday of Matthew) 26 July 2021 The Gospel reading for the day refers to the miracle of the man possessed who was cured by Christ. The event attracted the attention of three Evangelists, Matthew, Mark and Luke, doubtless because of the great impression caused by the cure, the consequences which followed the expulsion the demons and the profound effect it had on a large number of ...