Which Came First: The Church or the New Testament? – 9

A TIME TO DECIDE

At this point in my studies, I felt I had to make a decision. If the Church was not just a tangent or a sidelight to the Scripture, but rather an active participant in its development and preservation, then it was time to reconcile my differences with her and abandon my prejudices. Rather than trying to judge the Church according to my modern preconceptions about what the Bible was saying, I needed to humble myself and come into union with the Church that produced the New Testament, and let her guide me into a proper understanding of Holy Scripture. After carefully exploring various church bodies, I finally realized that, contrary to the beliefs of many modern Christians, the Church which produced the Bible is not dead. 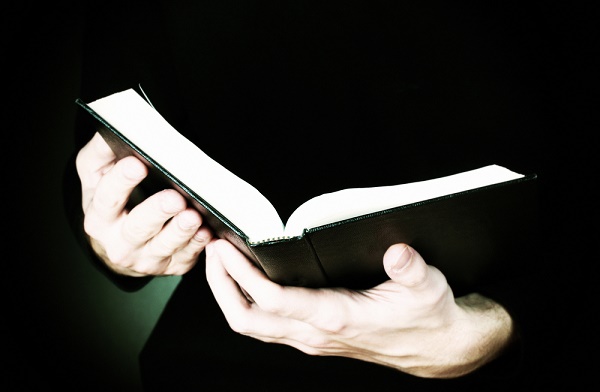 The Orthodox Church today has direct and clear historical continuity with the Church of the Apostles, and it preserves intact both the Scriptures and the Holy Tradition which enables us to interpret them properly. Once I understood this, I converted to Orthodoxy and began to experience the fullness of Christianity in a way I never had before. Though he may have coined the slogan, the fact is that Luther himself did not practice sola scriptura. If he had, he’d have tossed out the Creeds and spent less time writing commentaries. The phrase came about as a result of the reformers’ struggles against the added human traditions of Romanism.

Understandably, they wanted to be sure their faith was accurate according to New Testament standards. But to isolate the Scriptures from the Church, to deny 1500 years of history, is something the slogan sola scriptura and the Protestant Reformers-Luther, Calvin, and later Wesley-never intended to do. To those who try to stand dogmatically on sola scriptura, in the process rejecting the Church which not only produced the New Testament, but also, through the guidance of the Holy Spirit, identified those books which compose the New Testament, I would say this: Study the history of the early Church and the development of the New Testament canon.

Use source documents where possible. (It is amazing how some of the most “conservative” Bible scholars of the evangelical community turn into cynical and rationalistic liberals when discussing early Church history!) Examine for yourself what happened to God’s people after the twenty-eighth chapter of the Book of Acts. You will find a list of helpful sources at the end of this booklet. If you examine the data and look with objectivity at what occurred in those early days, I think you will discover what I discovered. The life and work of God’s Church did not grind to a halt after the first century and start up again in the sixteenth. If it had, we would not possess the New Testament books which are so dear to every Christian believer.

The separation of Church and Bible which is so prevalent in much of today’s Christian world is a modern phenomenon. Early Christians made no such artificial distinctions. Once you have examined the data, I would encourage you to find out more about the historic Church which produced the New Testament, preserved it, and selected those books which would be part of its canon. Every Christian owes it to himself or herself to discover the Orthodox Christian Church and to understand its vital role in proclaiming God’s Word to our own generation.