Fr Moyses’ teachings through his poetry

Fr Moyses draws a parallel between Odysseus and a prospective monk. Similar to Odysseus who left Troy and met many difficulties until he reached Ithaca which is his native place, the prospective monk leaves Athens and travels to Athos in order to find a place to settle. Nonetheless, according to Fr Moyses, the prospective monk’s journey does not end just as he arrives on Athos, because he needs to work until he finds the real purpose of his journey.

Fr Moyses advises the young monk that this journey requires courage and pain: ‘this travel wants braveness; it wants pain a fine tear’.[97] Even if the prospective monk believes that he reached his final destination, in truth, according to Fr Moyses, the journey is longer than what he believes:

In churches be calm and do not think

of what other people, you left below, say

the integrity of politeness

because you may believe that you arrived

Fr Moyses’ last lines are obviously reminiscent of Cavafy’s ‘Ithaca’.[99] Cavafy advises his reader to pray for the road to be long and not to rush the voyage,[100] while Fr Moyses attempts to make his reader understand that the final destination of the journey is far away and he has not reached it yet, even if he has arrived on Athos. The common element here is the fact that both Cavafy and Fr Moyses advise the reader and the prospective monk, respectively, not to rush the journey to reach their destination, because there are a lot of things they should learn, during their travels. Fr Moyses’ advice is not to be complacent, because the road is longer than what the prospective monk believes. 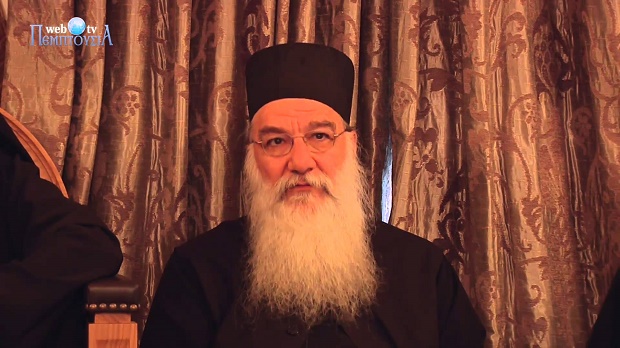 Even if Fr Moyses’ poem does not speak clearly about someone’s decision to become a monk, we should consider that Fr Moyses’ words imply such a decision. In the first line of the poem, Fr Moyses says that the traveller called Athos, Ithaca. In addition, when Fr Moyses advises the traveller that this travel requires courage and suffering, reminds us of an older monk advising a younger one. By advising him to be calm in churches, to enjoy the glorious obscurity and ignore what lay people say, Fr Moyses tries to induce the young monk to his new life in the monastery. ‘Glorious obscurity’ denotes the isolation of monks in monasteries, and especially that of Mount Athos, while ‘the others’, that Fr Moyses mentions, are laymen who, perhaps, cannot understand why someone becomes monk.

In any case, the poem should be seen as another indication of influence from Cavafy’s ‘Ithaca’.[101] As we have already seen, we have very similar titles, while the two poems describe a journey. Also, Fr Moyses, in a way similar to Cavafy, advises the young monk not to be in a hurry to reach his destination, because this is a long journey. Especially, the last lines in Fr Moyses allude to Cavafy. It is not only the fact that Fr Moyses advises the young man to have a long journey, as Cavafy also does with his reader, but moreover the fact that the final point of this long voyage in the two poets is the same: Ithaca.

[100] ‘pray that the road be long’ and ‘but do not rush the voyage in the least’. Translation by Sachperoglou in Cavafy, The Collected Poems, 39.