The Vital Contribution of Monasticism Today 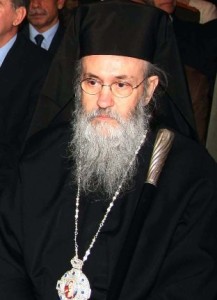 Monks and nuns aren’t weird people who, out of some sort of personal whim, have left the cities to go and lived in some monastery or other. They are, in fact, ‘angels of God’ according to Saint John Chrysostom; ‘those who live in accordance with the Gospel’, as Evagrios Pontikos calls them; ‘witnesses to free will’ according to Athanasios the Great, ‘the heirs to the suffering Church’ as Saint Symeon the New Theologian puts it; ‘the adornment of the head of the Church’, to quote Saint Gregory of Nyssa, since they have become dead to the world and bedeck the head of the Church. There should be no distinction between the monastic and the married life, because, if there is, neither monasticism nor marriage is working properly. By the same token, there should be no remoteness between monasteries and parishes. The parishes feed the monasteries and the monasteries help the parishes in a variety of ways. We are familiar with the fact that the monastic life is expressed through the hesychast spirit of Orthodox Tradition. And we know very well that people today, buffeted as they are with upsetting thoughts and the problems of their existence, are also seeking the life of quietude, as this has been preserved in Orthodox monasteries. This is why patristic Orthodox monasticism, with its tradition of hesychasm and of charitable activities, is more necessary today than it has been at any other time.