What is the truth about abortion today?

This treatise was designed to help Orthodox Christians — and especially clergy — cope with those who demand that oikonomia be invoked to allow them to use abortion as a solution to various life crises. It was never the author’s intention to go into detail about abortion itself; such a study would require a book and perhaps several books. However, it may be necessary to point out at least a few facts about abortion that have been withheld from the American public by the pro-abortion media. For instance:

1] Abortion on demand for any or no reason is available up until the moment a child is delivered. The interest of the State in the unborn child after viability (the time when he can live outside the womb) is limited to legislating where an abortion can be performed and who may perform it; it cannot be forbidden although it can be made more difficult to obtain. Fully 160,000 late-term (2nd and 3rd trimester) abortion are performed annually in the United States. 1.6 million abortions are performed annually in America. The United States has the most unrestrictive abortion policy of any Western nation. 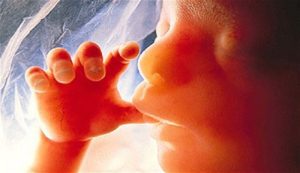 2] Most abortions are performed between 10 and 12 weeks after conception. By that time the baby’s heart is beating, all its organs are present and functioning and it exhibits brain-waves little different from an adult human being. Experiments have shown that a child of that age feels pain.

3] Abortions are performed in the following ways:

Then there are other things to be considered in our present abortion climate. For instance:

1] For the first time, laws are being passed that are directed at the motives for people’s actions rather than their actions. Thus, pro-life activists counselling, praying, and otherwise demonstrating at abortuaries or practicing civil disobedience to prevent abortion are being punished with severe criminal and civil penalties for doing things that go unpunished by other social activists such as homosexual advocates and animal rights groups. This is totally diametric to the spirit of American jurisprudence, but no one seems to be particularly upset. In Buffalo, recently, a judge ruled on what two Protestant ministers could and could not preach from their pulpits — something unheard of in this nation founded on religious liberty.

2] Abortion as an act is protected far more than the women for whom it is supposed to exist. Thus, there are some states — with more considering it — who do not require an abortionist to be a physician. All fifty states require that an animal be treated by a licensed veterinarian, but the advocacy of abortion is so strong that it is considered more important for there to be abortionists than that they be qualified physicians.

3] The Attorneys General of several states, including New York and Texas, are waging war not only against pro-life demonstrators, rescuers (sit-ins) and side-walk counsellors, but also against so-called “crisis pregnancy centers” which offer women an alternative to abortion through help during and after their pregnancy. Since most women who have abortion have said that they did so because they had “no choice,” it seems strange that the government should work so diligently to remove what little choice they presently have.