‘Whoever wishes to be first among you, let him be the servant of all’.

The last time Christ went to Jerusalem was dramatic, not only for Him, but also for those who were following Him. ‘They were on their way up to Jerusalem, with Jesus leading the way, and the disciples were astonished, while those who followed were afraid’ (Mark 10, 32). The more the crowds flocked to Him, the more Christ spoke to His disciples about this and about His death. He spoke about the cup of death and the baptism of blood. He made it clear to them that their path would in many ways resemble the way His own life would end. The disciples were afraid. Until then, they hadn’t really been put to any test. In these dramatic moments, two of His disciples asked that they be given pride of place, which forced Christ to tell them that whoever wants to be first should be the servant and slave of all the others. 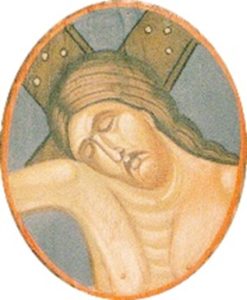 The Humiliation of Christ.

As ‘King of the Heavenly Powers’, Christ agreed to be born as an infant in a manger in a cave, and to be brought up ‘frugally in the house of a carpenter and His mother’, according to Basil the Great. He also consented to being baptized by one of His creatures and to be crucified, the most terrible of deaths. None of that moved the disciples. This was because ambition and the desire to be first are tyrannical passions which often bother a lot of people, even in their later years. Christ spoke to them of His struggles and they were dreaming of honours and glory. It may be that they were disciples of Christ, but they weren’t cultivated and it may well have been that they were under the influence of some passion or other. We rise to the highest office, but our passions remain alive within us. The Fathers of the Church say that the only ambition for sinners, if they repent, is to cast off ‘all their passions’, in other words, their particular passions, and to live the charismatic life of the Holy Spirit. The spiritual law has been proved that people who wish to lord it over other people and make them lackeys, may become ‘the most dishonourable of all’, will become the most inglorious and hated of all. The devil, for example, wanted to become first and ended up last. People who are worthy of glory aren’t hose who pursue it, but those who scorn it. Glory is like a person’s shadow: the more you chase it, the further away it goes.