The Apostle Paul: Incorporeal, even though he had a Body – 2 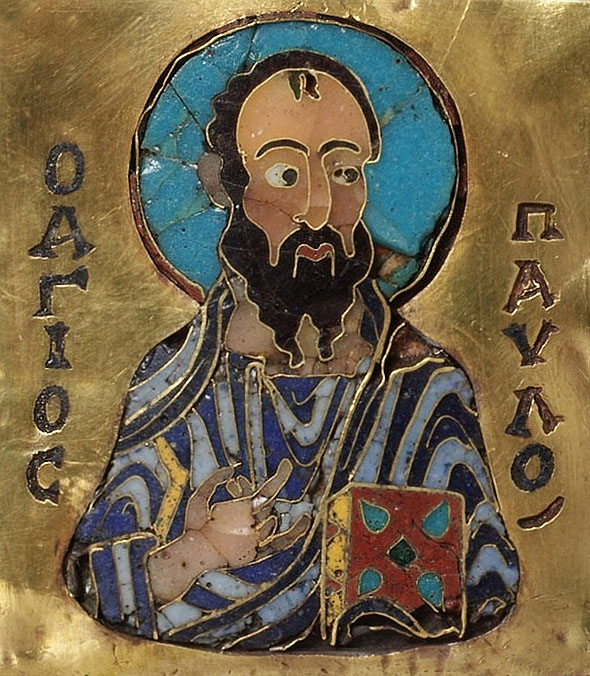 How can you compare him to anyone else, given that he suffered almost every day on behalf of all the inhabitants of the world, all together, and for the gentiles, and for the cities and for each person individually. To what iron or to what diamond? What can you call that soul of his: golden or adamantine? It was more resistant than any diamond and more valuable than gold or precious stones. It outdid the resilience of a diamond and the value of gold. So with what element can we compare it? With nothing that exists. But if gold could become diamond and diamond gold, then we might compare it with them.

But why should we compare it with diamonds and gold? Compare the whole world and you’ll see that Paul’s soul was of greater value. Paul talks about those who were prominent because they wore the skins of animals and lived in caves and holes in the earth, but we could say so much more about him, since he really was more worthy than any of them. So if the world wasn’t as valuable as Paul, what was? Heaven, perhaps? But even that’s too small. Because, to heaven and the things to be found there, he preferred the love of the Lord, which was as preferable to him as goodness is better than evil. He’d have preferred it to an infinite number of heavens. This is why he doesn’t love us in the same way as we love him, but so much more that it’s impossible to present it in words.

Just look at what he was deemed worthy of even before the future resurrection. He was taken up into Paradise, elevated to the third heaven, where he was shown things so ineffable that it was forbidden for anyone to mention. And quite rightly. He walked upon the earth as if he were consorting with angels. This is how he did everything, and, although he had a mortal body, he demonstrated the purity of the angels, and, although he was subject to such needs, he tried never to seem inferior to the heavenly powers. He traversed the whole world like an eagle and disdained pain and danger as if he were incorporeal. He looked down on earthly things as if he had already gained heaven and he was always as alert as if he were associating with the bodiless powers.

Of course, angels have often undertaken to protect various nations, but none of them took such great care of the nations entrusted to them as Paul did of the whole world. And don’t tell me that it wasn’t Paul who did these things that I’m saying. Even if it hadn’t been him who performed all this, he still wouldn’t have been unworthy of this praise, because he prepared himself to be worthy of this great grace. Michael undertook the protection of the nation of the Jews, but Paul took on the land and the sea, the inhabited and the uninhabited parts. I’m not saying this to belittle the angels- perish the thought- but to show that it’s possible, even though we’re human, to be with them and to stand close to them. Why didn’t the angels undertake this? So that you’d have no justification when you’re indifferent and so that you wouldn’t be able to have any recourse to some ‘difference in nature’ when you’re apathetic. In any case, the miracle’s even greater. How is it not wonderful and strange that words expressed in human language should banish death, forgive sins, repair our broken nature and make heaven on earth?

This is why I’m amazed at God’s power, this is why I marvel at Paul’s willingness: because he received such grace and because he made himself into this person. And I ask you not merely to admire but to imitate this example of virtue, because then we’ll be able to receive the same crown as he did. And if you have any doubts on hearing that, if you manage to do the same, you’ll get the same reward as Paul, listen to what he himself says: ‘I have fought the good fight, I have finished the race, I have kept the faith. From now on there is reserved for me the crown of righteousness which the Lord, the righteous judge, will give to me on that day, and not only to me but also to all who have longed for Him to be made manifest’.

Do you see how he’s inviting all into the same society? Since there are the same things for everyone, let’s make sure that we become worthy of the blessings that have been promised to us. And let’s not look solely at the size and extent of the achievements, but also at the passionate willingness through which he wrested such grace. And also at the kinship of nature, because we have all of that in common. In this way, the excessively difficult will seem easy and unburdensome for us. If we but labour for this short time,  we’ll wear that incorrupt and immortal crown, by the grace and loving-kindness of our Lord, Jesus Christ, to Whom belong glory and power, now and forever and unto the ages of ages, Amen.