As well as the liturgy and other services, Fr. Symeon also held ‘silent’ assemblies. No-one spoke. Or rather, no-one heard because everybody was speaking mystically to God, using a prayer-rope and saying the Jesus Prayer: ‘Lord Jesus Christ, Son of God, have mercy upon me’. The church of Saint Athanasios was completely full. Everyone seated, heads bowed, holding a prayer-rope and seeking God’s mercy. These assemblies also lasted an hour.

Fr. Symeon laid great stress on sermons. He considered it as importance as a service, as indeed it is. The Word of God must first be received through the hearing, as the proclamation of the Gospel, so that people will believe and then receive Him as Holy Communion. The Elder spoke not only at the liturgy but on many other occasions as well. His discourse was always original. I asked him once: ‘How do you manage it? You’ve spoken for so many years and yet you don’t repeat yourself’. He laughed and I don’t remember his reply, but Fr. Symeon certainly spoke from his overflowing heart. His heart must have been overflowing, because he wouldn’t otherwise have been able to say new things all the time or he’d have addressed the brain rather than the heart. The Elder’s heart was always filled to overflowing because he nourished it continually with study, prayer and spiritual experiences. He told me once that, in confession, he heard problems that bothered a lot of people, but he didn’t have time to go into them in detail with each person. He spoke about them in his sermons. In the end, however, he always left the final word with God. ‘Let’s see what God will enlighten us to say today’, careful always that what he said was not his own words, but those of God. 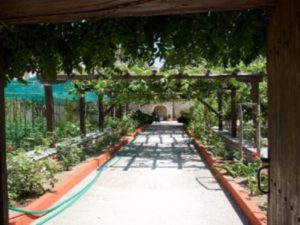 Fr. Symeon’s sermons weren’t oratory. There were no well-turned phrases, rhetorical figures, great eloquence or any of the things that people admire in a fine speaker. His manner was simple, though he could be intense when the subject moved him to be. Fr. Symeon loved preaching. He went to great effort to get across to his audience not ideas but his very soul. A profound anatomist of the human soul, he analyzed issues clearly, as if he were holding a scalpel, cutting to the bone. He helped his listeners to understand the depths of their soul and brought them from there to repentance. Under his stole, they felt the love of God. And these souls multiplied when, on the initiative of the nuns of the monastery of The Birth of the Mother of God, in collaboration with other spiritual children of Fr. Symeon’s, his sermons began to be circulated more widely, first as recordings and then as a long series of volumes.

After services and preaching, the third main thrust of Fr. Symeon’s work was confession. What started with a few, later became a great number. How many days, and how many hours a day, do you need to confess a thousand, a thousand five hundred people? Where would they even have room to wait? The Elder found a solution. He gave out numbers.  He reckoned on seeing fifty a day. So, depending on the number they were given, each person knew which day, and roughly what time, the Elder would see them. Fr Symeon, closed all day within the confessional, would forget to eat, listening to the pain and shouldering the burden of the penitents. He gave remission, advice, directions, courage for the struggle and strength so that people could, by God’s grace, kill off their old self, so that new person could arise, walking in ‘the newness of life’.

In confession, he wasn’t a harsh judge. Nor was he a chastiser or punisher. You weren’t afraid, you didn’t despair. You felt he put himself in your position and understood you completely, was deeply empathetic and suffered with you. He was the doctor who cured you, the father who loved you, the friend who accompanied you. Confession wasn’t depressing, formal or legalistic. It happened once that we were together at a conference for confessors in the Monastery of the Comforter in Attica. Most of the time he listened without speaking. One spiritual guide asked him: ‘How is it, Father Symeon, that you have such success at confession?’. ‘I try to make sure’, he replied, ‘to be as low as possible, so that, however low people fall, I’ll be even lower and I’ll be there to catch them’. Wise words which embrace the whole meaning, the whole practice of the sacrament.