‘I’m a Christian- je suis Chrétien’: the response to the attack of 26 July in a French church

The attack which took place in the church of St. Etienne du Rouvray, in Normandy came as a reminder, unfortunately, of the religious character of the extremist terrorism which has been targeting Europe. The terrorists acted under the umbrella of the Islamic State, which has claimed responsibility and they slit the throat of an 84-year-old priest, while holding hostage nuns and members of the congregation who were attending Mass. The incident ended with the intervention of the French authorities who neutralized the perpetrators.

The Islamic State and the groups of the network of Islamic extremism in general have never hidden the fact that their activities are of a religious character. With a distorted interpretation of Islam orientated towards violence, they have targeted Christians but also Muslims (who they consider apostates from the true faith, as they define it themselves). Anyone who does not fit in to their extremist world view is a mortal enemy who has to be exterminated. The rhetoric of the Islamists, which has been clear and obvious for years now, has never allowed any room for misinterpretation. It is just that  in a secularized Europe, where many consider religion to be a private matter of no great significance for society,  the analysis of the terrorist danger been done  on terms  ‘of our own’ rather than of the terrorists. It’s a fundamental principle that we should ‘listen to’ the perpetrators and their explanations and to take into consideration (also) the motives which they themselves declare and not (only) those which we can see from our own point of view. One of the mistakes in the evaluation and the analysis of the islamist terrorism danger is precisely the inability of the West to realize the problem in the context of those who have created it. Certainly there are other factors affecting the phenomenon, but we can’t help but see that the central: religious fanaticism. 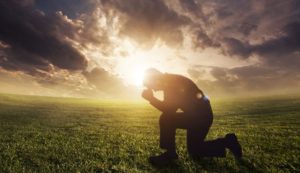 The murderous activity of Islamists against Christians is, however, nothing new. In the Middle East, traditional and historical Christian communities have been under persecution and have suffered unspeakable and terrible violence for a long time now. Monasteries and churches have been targeted, and there is the tragic and well-known case of the two bishops, the Orthodox Metropolitan Pavlos of Aleppo and the Jacobite Syrian hierarch of Aleppo, Youhanna Ibrahim, who were abducted by extremists in 2013 and whose fate is still unknown.

Christians are not, of course, strangers to the concept of martyrdom. They’re very well acquainted with it because the Church was built on the blood of its martyrs. From Saint Stephen onwards, the course of the Church has been one of martyrdom. Roman emperors, barbarous tribes, the Communist regimes in various states, led faithful people, clergy and laity, to torture and death as a confession of their love towards Christ.

Today’s threat against the faithful, which is coming from Islamist terrorists, shouldn’t alter the nature of the Christian attitude towards those who are hostile to them. Christians have a duty to take measures to protect their security, but they should not return evil for evil, nor feel hostility or hatred. They pray for everyone and trust in God. They face even mortal danger with the courage given by the victory of the Lord’s Resurrection. In any case, any split in society between Muslims and Christians would only serve the propaganda and plans of the Islamists, as would any acts of revenge or retaliation against people who aren’t linked to terrorist attacks. At a time of panic, it’s all too easy to find scape-goats, so that any action taken against them will give a false sense of security. Beyond the fact that such a stance isn’t Christian, it’s not fair, nor productive from a security point of view.

It must be understood that it’s not Islam that’s attacking Christians. It’s certain extremists, who, as we’ve said, also target Muslims. Christians and Muslims must confront the danger of islamist extremism together, not separately, with solidarity as their shield. Additionally, policies and security measures, the fight against terror all belong exclusively to the state, within the framework of legitimacy. There’s no need for self-proclaimed ‘defenders of the faith’ and of security who will, in essence, find excuse to exhibit racist behaviour, while their illegitimate activities will create another factor of unacceptable violence in society.

Today’s Europeans- irrespective of whether they’re Christians or believe in God in general- should declare their opposition to the latest terrorist attack, as they did to the others before. The attack in the church of St. Etienne du Rouvray concerns everyone in a Europe which has established the freedom of religious faith and worship. The right of every Christian to attend church safe, the right of every believer to worship God safe, should be a given. This is why we should all shout now ‘je suis Chrétien’.