The military and diplomatic, political and economic, as well as cultural and ideological transformations occurring across the Middle East offer fertile ground for increased cooperation between Turkey and the Ecumenical Patriarchate of Constantinople.
For the Turkish government, there is little if any downside to improved relations yet significant upside potential. For the Patriarchate (and for His All-Holiness Ecumenical Patriarch Bartholomew who is first among equals in the ecclesiastical hierarchy of the One, Holy, Catholic, and Apostolic Church) additional freedom to exercise its spiritual authority would allow it to make even more use of its unique history, international reputation and high moral standing to advocate for peace, justice, and nonviolent religious coexistence.
There is precedent for such a partnership. For many years following World War II, Turkish authorities were favourably disposed towards the Phanar in the fight against communism. For example, the title of “Ecumenical” was often used by the government for Patriarch Athenagoras, the Patriarchate’s press office was re-established, and foreign students were allowed to enrol in the Theological School of Halki. Additionally, soon after Adnan Menderes was first elected as Turkey’s prime minister in 1950, he paid a visit to the Ecumenical Patriarchate.
Similar gestures of goodwill should be considered and implemented by Ankara today, starting with reopening the Halki Seminary; this would build on other constructive acts such as allowing the Patriarchate to celebrate the Divine Liturgy in previously prohibited areas (most notably at the Monastery of Panagia Soumela in Trapezounda). A significant anniversary is approaching which can be leveraged to restart collaborative efforts. 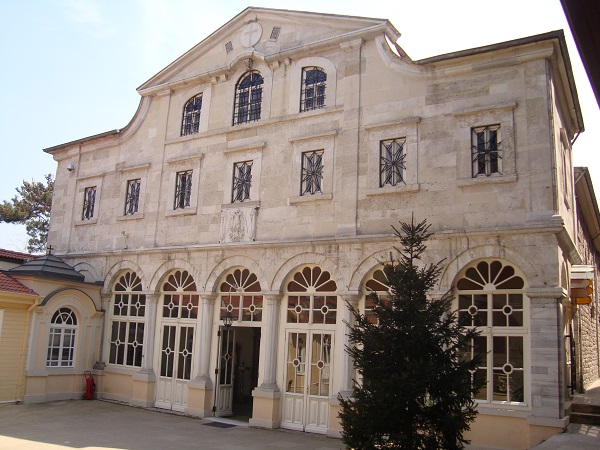 October will mark the 25th anniversary of His All-Holiness’ ascension to the Ecumenical throne. Bartholomew is the longest serving patriarch since the Fall of Constantinople in 1453 – when Mehmet the Conqueror, who was present at the investiture of Patriarch Gennadios, famously told him, “Be Patriarch, with good fortune, and be assured of our friendship, keeping all the privileges that the Patriarchs before you enjoyed.”
The Patriarch’s ministry, which is detailed in the upcoming biography Bartholomew: Apostle and Visionary authored by Archdeacon John Chryssavgis, is full of many firsts, and more than just its longevity, is characterized by strategic acumen and acute discernment in navigating the challenging geopolitical and intra-Orthodox waters. Despite considerable challenges and even persecution, the Patriarch has persevered and in many respects the global standing and strength of the Ecumenical Patriarchate is higher and sturdier now than it has been in recent memory.
Bartholomew’s crowning achievement to date is his convening and chairing of theHoly and Great Council of the Orthodox Church which took place on the island of Crete in June. Under the Ecumenical Patriarchate’s leadership, the Council brought together ten primates and roughly 200 hierarchs to discuss important subjects affecting the Church and its faithful. The Council garnered international media attention, recognition and respect from religious leaders and politicians from around the world, and ignited discussions within Orthodoxy on issues and modern-day challenges facing the Church. The culmination of years of work, patience, and prayer, the Council would not have happened had it not been for His All-Holiness.
Moreover, it is Bartholomew who upholds a leadership role par excellence in global Orthodoxy and who is looked to for direction on critical issues. It is the Phanar, for instance, where senior Ukrainian government officials, in addition to its full Parliament, seek hope in creating one unified national Orthodox Church.
The Ecumenical Patriarchate is also electing and ordaining a new generation of capable hierarchs to help ensure the long-term health of the 2,000-year old beating heart of Orthodoxy.
Perhaps the most telling, albeit contrarian, sign of the Patriarchate’s strength – especially following the success of the Holy and Great Council – is the continued orchestrated efforts against Constantinople and the smear campaign against the person of His All-Holiness.
False and fictitious stories have appeared online under the byline of retired United States Ambassador Arthur Hughes. The articles were published after the recent coup d’état attempt in Turkey and, among other things, attempt to connect Patriarch Bartholomew with Fethullah Gülen, who the Turkish government blames for orchestrating the failed coup.
There are a number of other unfounded and spurious accusations that question the Patriarch’s loyalty and try to connect Constantinople, Gülen, and American intelligence. Even though the rabble-rousing articles have been categorically rejected and disavowed by Ambassador Hughes, these are dangerous ideas being planted against the entire Patriarchate. (Some say Russia is responsible.)
The reconfiguration of power and geopolitical situation in and around Turkey is volatile, with powerful actors manoeuvring to further strategic objectives and/or diminish the capabilities of rivals. In the current context, Turkey and Ecumenical Patriarchate collaboration could become an advantageous alliance. There are overlapping areas of interest where Turkey could benefit from the Phanar’s moral authority including partnering against religious fanaticism, working to ameliorate the refugee crisis, and fighting human trafficking.
The time is ripe for a fundamental change in Turkish policy toward the Patriarchate. The distrust and suspicion that many Turkish politicians and officials once viewed the Phanar with has proven time and again to be unfounded: the Patriarchate acts only as a spiritual body, without any political aspirations. Therefore, enhanced collaboration between Turkey and the Ecumenical Patriarchate, including the free administration of His All-Holiness’ ecclesiastical attributes, could yield strategic benefits for both.