Equality between women and men in the Church

Let’s examine how women have been treated in Orthodox theology. It’s well known that Saint Paul proclaimed: ‘There is neither Jew nor Greek, there is neither slave nor free, there is no male and female, for you are all one in Christ Jesus’ . 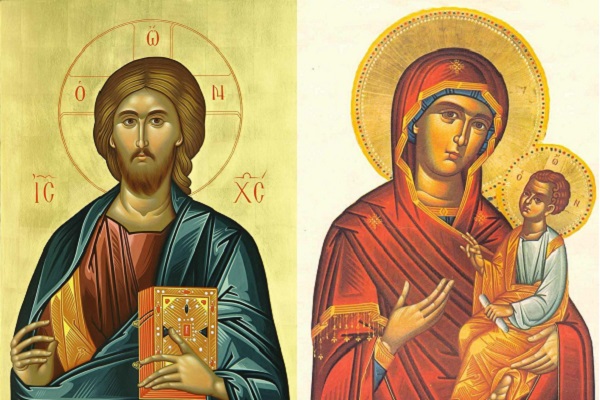 In saying this, we don’t want to demolish the differences which exist between men and women, as has happened in recent years, but rather to highlight the fact that the different roles both sexes have been assigned as part of God’s providence do not mean inequality, but an opportunity for harmonious co-existence and a means of complementing each other. The differences are not merely physical but are also part of their psychological make-up. Men and women represent two different worlds, which are typified by the characteristics of each sex, to the very last cell of their being. This is why, in theology, we make a distinction and prefer to talk about the parity of the sexes, rather than equality, i.e. they are different but of equal value. Equality suggests some sort of steamrollering process of equivalence. It does away with any mutual fulfillment, and creates the conditions for conflicts. At any given moment, either side can replace the other and render them redundant. Parity, on the other hand, demands respect for differences as well as recognition of the special value and gifts of men and women.

The Church has honoured women and elevated their moral status. From being a mere object and a possession of a man, she’s been seen as a person made in the likeness of God, with special gifts. The Son and Word of God agreed to become incarnate in the womb of a Virgin, Our Most Holy Lady. Thereafter, Christ blessed the wedding in Cana in Galilee, He talked to the Samaritan woman and revealed profound theological truths to her. He protected the adulteress, accepted the repentance of the harlot and also had women among his disciples, some of whom were chosen to be the first to carry the joyful message of the Resurrection to the ends of the earth. At the same time, he preached the indissolubility of marriage . In this way, women and children, the weakest members of the family, were protected.

The Fathers of the Church, too, defended women when they suffered because of unfair laws. Gregory the Theologian, for example, didn’t hesitate to challenge openly the civil laws which punished a women in a case of adultery but allowed the man to go scot free. His words have since become proverbial, because he declared emphatically: ‘I do not accept this legislation, nor do I praise the custom. Men were the law-makers, which is why the legislation is against women’ . Men and women have been created by God and are called upon to cultivate their ‘likeness’ to Him. In other words, we are to acquire communion with the Triune God through uncreated Grace. This is why Gregory again stresses: ‘… the Creator is one and the same for men and women, we all share the same clay, the same image, the same death and the same resurrection’. At the same time, the message of the Fathers refined common morality. Apart from adultery and harlotry, keeping a concubine was condemned and the notion was attacked that a woman was a mere vessel of pleasure who was inferior to a man.