The prayers at a wedding make reference to providing children with a good upbringing and to ‘the enjoyment of procreation’. It may be that the Fathers of the Church, by and large, praise the superiority of virginity over marriage, but at the same time they consider parents to be co-creators with God. Procreation is in line with the will of God and is an obstacle to death . 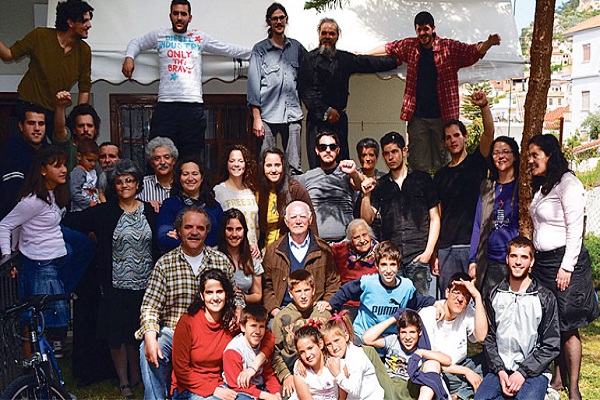 In his desire to support women who were accused of being responsible for their lack of children, Saint John Chrysostom teaches that the birth of children depends on the providential action of God. He writes: ‘… since everything is from the creator of nature, neither intercourse nor anything else is able to contribute to the propagation of children unless touched by the hand from above and unless nature has been moved towards birth’ . At another point, referring to the childlessness of Anna, the mother of Samuel, he says: ‘birth-giving has its origin in God’s providence, and neither female nature, nor intercourse, nor anything else, by itself, is sufficient’ .

The importance attributed to children from the very beginning by the Church is apparent in many texts in our tradition. Chrysostom in particular sketches the framework for the way Christians should bring up their children. He insists on timely and lenient training and the negative and positive method of developing a child’s character. He poses the question of punishment, of gifts, making them aware of the beauties of nature, prayer, guarding one’s feelings, reading the Scriptures, the importance of parental example and, above all, the great value of loving without any ulterior motive.

Saint Basil the Great, too, advises young people on how to train their bodies, how to choose the path of virtue, how to avoid riches and worldly glory and so on.

It ought also to be noted that having a large family isn’t only a blessing, but is also a gift. It’s a gift, so there’s no cause for parents to be proud of themselves over it. And having a large family has to be linked with giving those children a proper grounding. Chrysostom again: ‘It’s not sowing his seed that makes a father, but also training his children well; and bearing children isn’t what makes a mother, but bringing them up properly’ . Those of us who are unable to have large families can at least pay great attention to bringing up any children we do have. This is true of everyone, whether they have many children or not.

[1] Saint John the Damascan, An Exact Exposition of the Orthodox Faith, 4, 24: ‘So that to prevent our wearing out and destruction by death, marriage was devised that the human race may be preserved through the procreation of children’.
[2] Homily on Genesis 38, 2. Fr. John Meyendorff writes that one of the essential differences between the Old Testament, Jewish concept of marriage and the Christian one is that, for the Jews of that time, marriage was meaningful only in terms of procreation, whereas, for Christians, marriage contains its own end and purpose, that is the union of two people who love one another and depict the union of Christ with the Church. Meyendorff goes on to say that there is not a single verse in the text of the Gospels or the Epistles of Saint Paul which mentions that having children justifies marriage, as its prime purpose.
[3] Homily on Anna, 1, 4.
[4] Ibid. On the basis of this text it has been said that the burden and aim of marriage does not lie in the number of children, but in the interest of the parents in their proper upbringing.