Wednesday, 24 December  2137, the secondary three-man Committee for the Protection of Nature of the International Academy of Sciences was continuing its session. The three esteemed scientific chiefs, who, coincidentally, constituted an informal representation of the three largest races on earth, since one was white, another yellow and a third black, had been called upon to take a final decision on a pioneering proposal. The proposal was framed and submitted by the primary, multi-member Committee of the same Service, and concerned the protection of the Blaniulus Guttulatus worm, which was in danger of extinction for reasons unknown. The report recommended that the new method of wave mutation be applied, by which a person can be transformed into another living species. This means that a person would get into a special piece of equipment and, through a particular procedure, would assume the nature of the worm, though retaining his or her human persona. This method, which would be implemented for the first time, seemed to be the last resort as regards discovering and finding a cure for the mystery illness attacking the worms. 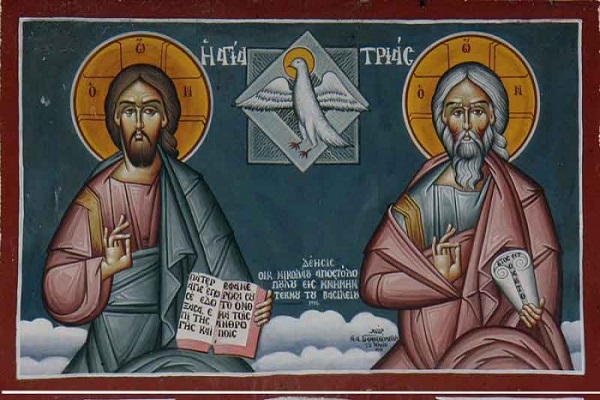 ‘May I sum up our conclusions so far’, said the Asian Chairman of the secondary three-man Committee.

Involuntarily, the other two members looked at their watches. It was 12 pm.

‘We concluded that the proposal be unanimously adopted, following the withdrawal of the reservations expressed by Mr. Smith’, said the Chairman casting a glance at his white colleague

‘All that’s left, then, gentlemen, is to decide who will undertake the mission’.

‘The proposal from the primary Committee, which we accepted, also mentions the person. All that remains is for us to accept it in toto, said Mr. Bugaloo, from Africa.

‘If I may express a reservation about your suggestion’, said the Chairman. ‘Not that I doubt the scientific abilities of the doctor to whom the mission will be assigned. Nor do I doubt the confidence placed in him by the primary committee, or its judgment. But given the seriousness of the situation, I do not believe the person to be sent should be from a subsidiary grade’. Choosing his words carefully he added, ‘The person sent should be one of us three. The issue’s more serious than it appears’.

His words were followed by a meaningful silence. It was the silence in which the reason of the mind makes the heart ashamed to express its disagreement.

‘Gentlemen, we have to decide’, said the Chairman once more, and this time it was he who looked at his watch. ‘One of us has to be prepared’, he said, glancing at Mr. Smith.

‘I’m honoured by your confidence’, Smith replied, ‘but let’s not forget that I was the one who registered reservations over the plan’.

‘Which you then withdrew’, observed the Chairman.

‘Regardless, I have to point out that I’m not completely free of my cultural heritage. How could I do that, Mr. Chairman? It’s not becoming to my standing to engage in such an adventure. It’s undignified. What will other people say, what will you say, and above all, what will my former students think when they see me slithering around on the ground?’ He stopped a moment to draw breath and then continued, in a forceful tone. ‘I have no objection at all to being sacrificed for science. It’s just that this particular form of sacrifice is inappropriate for me’. With a quick glance at the Chairman, he threw a friendly look at Mr. Bugaloo. ‘Perhaps our colleague doesn’t have the same psychological hangs-ups as I have? I imagine that for the peoples of Africa it would be a source of great pride to have one of their own undertake this initiative’.

‘Thank you for your suggestion, and especially for your interest in my continent. I’m moved by the thought that your ancestors always entrusted such pioneering enterprises to my ancestors. Allow me to turn down the honour, however, for precisely the same reason that you made it. You have to understand my sensitivities. I have no wish to awaken in the consciousness of my fellow Africans reactions to racial discrimination which they have suppressed in their subconscious. It’s a matter of dignity for the people of my colour. Since one of us must mutate, the most natural choice, and at the same time the one most free of suspicion is our honourable Chairman, who, in any case, was the one to make the suggestion’.

‘Your suggestion’s reasonable’, the Chairman responded at once, ‘or rather I should say it seems reasonable. I say seems, because you’re ignoring the fact that the Chairman is not only a scientist, but the administrative co-ordinator. From this point of view, it would be rather difficult for me to shoulder both responsibilities’. He stopped, took a quick breath and continued. ‘Allow me to say, however, Mr. Bugaloo, that while I understand the view you’ve expressed about the dangers of reviving racial discrimination, I consider it unfounded. It’s based on a past which is long gone and forgotten. So there’s no question of dignity in your case. On the other hand, the matter of dignity certainly concerns my involvement. And it clearly exists, since you’ve raised the issue, though without foundation. As you know, we Asians are extremely sensitive. What would others say if I agreed to undertake the mission after your refusal to do so?’

The meeting was at an impasse. There was now a real danger that nothing would be done at all. The worms wouldn’t be saved, but the members’ dignity would. No small thing! It looked as though they’d have to put off taking a decision, in order to ‘gather more information’.

When one of the members of the three-man committee observed that it would sound bad to come up with such an excuse for a postponement, Smith produced the answer.

‘But look, we’ve got other obligations. Remember, it’s Christmas tomorrow. We also want to celebrate’.

Smith was happy to take responsibility for the press release. In any case, he was the best Christian on the Committee.