The Mystery of Art by Jonathan Jackson

In Greece, our knowledge of Hollywood stars is restricted almost exclusively to watching them at the cinema or on television. Jonathan Jackson, however, has broken this pattern. He came to Greece, the cradle of Orthodoxy, in order to speak and to describe his own journey into Orthodoxy. This is of great symbolic and substantive importance for us Greeks. It’s also of great value- symbolic and substantive- for the USA. A young man, successful in the world of entertainment, a member of a globalized, consumer society, received the call of God where it found him, in his profession as an actor, and he responded to it. He opened his heart to the truth and allowed Light to fill it. He had not the slightest hesitation or doubt about what he was doing. He praised God, Who had always been seeking him and, through his baptism into the orthodox Church triumphally entered the embrace of the communion of the Saints. 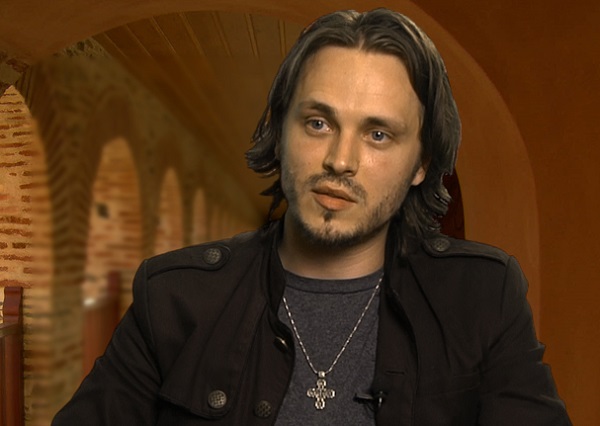 He hasn’t changed his professional or social life. He has, however, radically changed his spiritual orientation. Things, have acquired meaning for him, at a time when the quest for meaning has become ever more difficult.

He’s presented his experiences in his book ‘The Mystery of Art’, showing us the way in which he personally lived his entry into the mystery of the real life. Art, particularly that of the cinema, has often undervalued the human person. Jonathan, however, reveals other dimensions of it, which himself may not have fully realized, until recently.

Pemptousia and En Plô Publications organized an event in his honor in Athens on 20 November 2016, at which he presented his book. The event was one of the most successful of its kind ever held. Over the next few days, the English edition of Pemptousia will post Jonathan Jackson’s speech from that wonderful evening, in consecutive parts.

We invite our readers to savor these texts, which exude the fragrance of the Spirit and a breath of true freedom.