Those who truly love God

Who are those who truly love God, where does their love for Him come from and how is it shown? What are the works of our love for God as regards our neighbours? And that love is the culmination of the old and the new law. 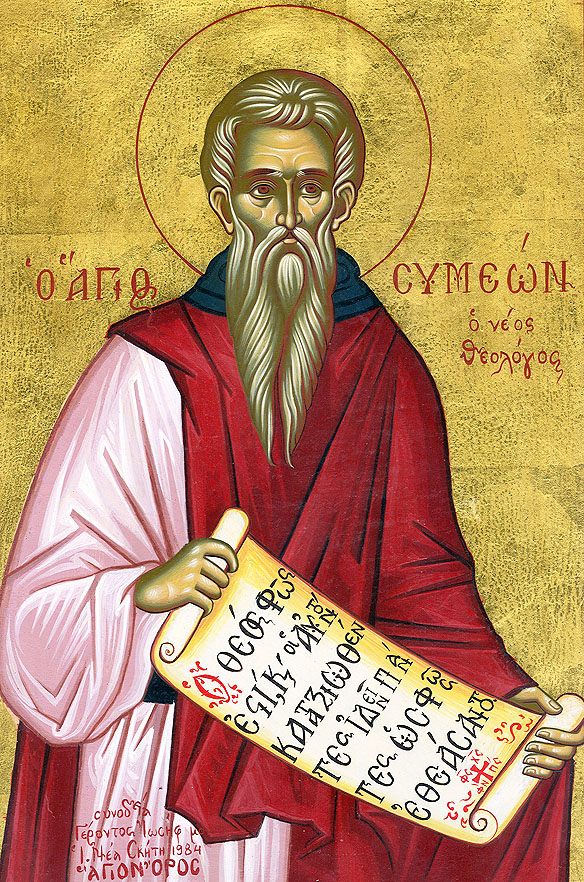 Some people are astonished that it’s possible for most Christians not to love Christ. Because to love Christ is nothing other than to observe His commandments, as He said: ‘Those who have my commandments and keep them are those who love me’. So those who don’t keep His commandments, even if they say ‘I love Christ’, aren’t telling the truth. Any father who nourishes and nurtures a son or daughter and looks after them, as well as anyone who acquires a bondservant or pays a labourer, does so in order that they are and will remain in the exclusive service of himself and his house, and he feeds them, clothes them and sees to their needs. But if he sees that one of them doesn’t carry out his wishes and doesn’t perform the task appointed to them, will he be satisfied when the son or daughter simply says ‘’You’re our father’, or if the bondservant or labourer says ‘You’re our master’? This is why God says, through his prophet: ‘If I am your father, where is the honour [due to me]? And if I am your Lord, where is the fear’? [Mal. 1, 6].

This is why Christians who don’t honour God by carrying out His orders and observing His commandments are no different from those who don’t even believe in Christ; in fact they may be worse. His orders and His commandments are to do this and not to do that. Those who haven’t done what they ought not to won’t of course be punished for that, but if they also haven’t done what they should have done, they’ll derive no benefit. What is paramount here is not to do evil and to do good. And what we need to understand is that no Christian can avoid doing evil or practice doing good except through the power of the Holy Spirit, which is given to those who believe in Christ with their whole hearts, to those who have rejected Satan and all his works and all his minions and have united themselves to Christ.

People’s nature is changeable and subject to alteration, as are their habits; because only the divine nature is unchangeable and unalterable. When Christians are united to the divine nature of Christ, they’re changed and altered both as regards their nature and habits, towards something more divine, so that they can become alike in all virtue to Him who worked the change, that is the ‘Sun of Righteousness’. Christians present their whole selves to Christ, and He grants them the alteration. Because, on the one hand, Christians are unable to alter themselves, and, on the other, Christ doesn’t grant the alteration to those who don’t present themselves wholly to Him.

So if Christians have not experienced this good alteration, they shouldn’t blame their nature, but themselves. Saint Paul  says: ‘Those who are joined to the Lord  are one spirit with him’. And the Lord Himself says: ‘Abide in me, and I in you. As the branch cannot bear fruit by itself, unless it abides in the vine, neither can you, unless you abide in me. I am the vine; you are the branches. Whoever abides in me and I in them, they it is who bear much fruit, for apart from me you can do nothing. If anyone does not abide in me they are thrown away like a branch and wither… Abide in my love. If you keep my commandments, you will abide in my love, just as I have kept my Father’s commandments and abide in his love’ [Jn. 15, 46, 9-10]. And again, ‘By this everyone will know that you are my disciples: if you have love for one another’. Learners are recognizable by those who’ve taught them, be they grammarians, orators, philosophers, masons, weavers or leather-workers. By the same token,  those who have love are recognizable by the good teacher, Christ our God, Who loved us so much that He became a human person and gave His soul* as a ransom for us. If you don’t have love, how are you a Christian?

But if anyone hears ‘Love’ and thinks it’s easy to acquire, they’re mistaken, because it’s a great commandments and an onerous one. This is why God acted with forethought and placed droplets of the power love throughout nature. It’s natural for children to love their parents, spouses and kin to love each other, friends to love friends, so that from this pre-existing natural power the rational nature of human beings can actively take on the force of this non-compulsory love. Because Christ’s great and perfect commandment concerning love has to do not with natural love, but with love which is given freely by people and is unselfish.

Regarding the fact that this commandment is great and the culmination of the virtues and achievements and that it is superior to any bold feat, listen to what Saint Paul, speaking on behalf of Christ, has to say. He takes five gifts which are highly-prized and demonstrates that, without love, they’re wasted and dangerous: speaking in tongues, prophecy, faith, almsgiving and martyrdom. He says: ‘If I speak in the tongues of people and of angels, if I have prophecy, and have a command of all mysteries and all knowledge, and if I have all faith, so as to remove mountains, if I give away all my possessions, and if I deliver up my body to be burned, but do not have love, they do me no good’. What then? It’s as if somebody’s asking him how these achievements would be possible at all without love, because he goes on to resolve their perplexity: ‘Love is patient and kind; love does not envy or boast; it is not arrogant or rude. It does not insist on its own way; it is not irritable or resentful;it does not rejoice at wrongdoing, but rejoices with the truth. Love bears all things, believes all things, hopes all things, endures all things. Love never ends’. He demonstrates from this, then, that people who speak in tongues may be boastful; that those who prophecy may be puffed up with pride; that those who have faith and work wonders may vaunt themselves; that those who are generous may reap the praise of those to whom they’ve given alms, and that those who hasten to become martyrs make take pride in their heroics. And since he closes this passage with ‘Love never ends’, he’s hinting at humility as the root of love, because a root hasn’t got anywhere to fall: it’s always buried deep in the earth. So if people think they have love and aren’t patient and aren’t kind, but are envious and boastful, full of pride and indecency, seeking to further their own interests, irascible, thinking the worst, rejoicing at injustice, saddened by the truth, unwilling to make allowances for everything, lacking in complete faith, unable to hope in all things, to bear all things, then they’re lying. They don’t have love.

The whole of the law which God gave the human race is love, which has two steps, the first and the second, because the law is also dual, the old and the new. Those who’ve mounted the first have left behind the things of the earth, while those on the second have touched heaven itself. The first law says: ‘Love your neighbour as yourself’; and the second ‘Love your enemy and sacrifice your soul for your friend’. Since giving your soul for a  friend is God’s work, people who’ve mounted the second step of love have ascended to heaven. And those who hate and maltreat those who love them are not merely worse than those who make a plea of defence on behalf of the enemy, but have descended into the very depths of Hell.

* There is a tendency to translate this as ‘life’. Cf. John 15, 13: ‘Greater love hath no man than this, that a man lay down his life for his friends’. Yet the Greek quite clearly says ψηχήν and the Vulgate has animam. Most other languages seem to use life, though the Slavonic ones retain душу [WJL].