Too many monks, not enough soldiers? 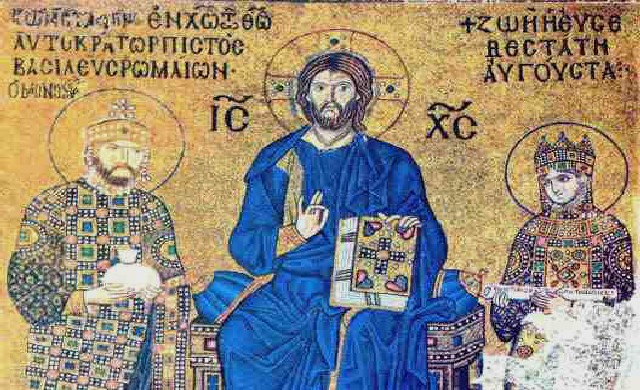 There’s a charge made by atheists that Byzantium was weakened because of the large number of monasteries. That is too ridiculous for words. The enormous Byzantine empire had a large army to deploy and no matter how many people went into the monastic life it wouldn’t have weakened the army. This is said by the enemies of Christianity who are trying to make a mountain out of mole-hill, as we say.