Deification in the Greek Patristic Tradition

The metaphorical meaning of Deification was first used by Clement of Alexandria. In the 6th century, Dionysius the Areopagite mentioned that deification is the attaining to the likeness of God and the union with Him as much as possible. In the 7th century, Maximus the Confessor redefined the meaning and classified it as a theological topic in its own right.  The reason for this is that deification language is usually used metaphorically. Also, Homoiosis and Methexis are two key terms used by Plato in later Platonic thought.  These terms express the relationship between Being and Becoming. The importance of deification can be observed in cultural, polemical and problematic discussions. During the 2nd and 3rd centuries, deification came to be expressed in the Hellenistic language.  Clement of Alexandria and Hippolytus of Rome were the first to use the verb “θεοποιω”.  The keys to analyzing this historic development of this doctrine are nominal, analogical, ethical, and realistic. 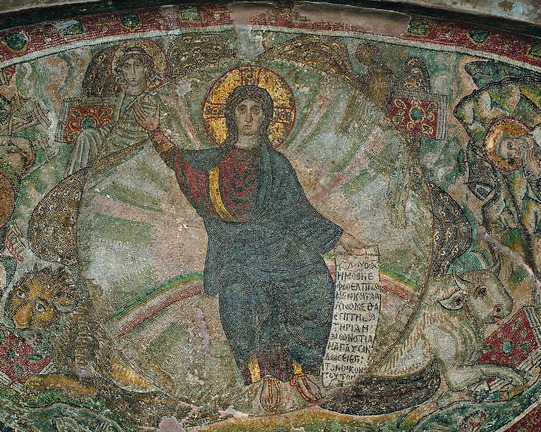 Before Constantine, the city pride was given to the cult of the emperor.  Deceased emperors had been deified from the time of Augustus.  There is no evidence of deification in the Old Testament.  However, Plato adhered to the notion that there were four different ways the soul could achieve ascension toward God: religious, philosophical, ethical, and mystical.

The Origins of Deification

Paul and Barnabas believed that the divine and the human worlds were not separate.  During Paul’s era, the awarding of divine honors to human beings was relatively new.  Human recipients of the cult were clearly distinguished from the gods.  Heroic cult were founders of cities and soldiers who had fallen in the line of battle.  Anyone who was a benefactor of a city-state and deserved the gratitude of his fellow citizens was also honored.  This used to happen in order to express the new relationship of power between the ruler and the cities.

Imperial period
The emperor was a member of the Roman paterfamilias who had the power of life and death in his hands.  He was a figure of power on a colossal scale for the inhabitants he ruled.   The emperor was a living god who stirred feelings of fear, gratitude and devotion. In Egypt the assumption was that the death of a princess was a transition to the gods.  Syria had no state religion. In the Hellenistic period there were two kinds of royal cults, that of the living ruler and that of the dynasty.

Cult of emperors
In 27 B.C. Caesar received the title of Augustus from the Senate which gave him the aure of divinity. The Roman princeps citizen was in theory the elected leading citizen of the empire. Augustus tried to foster the ruler-cult through provincial institution, a way of communicating between Rome and the local population. The citizens of Mytilene were happy to assimilate Augustus as closely as possible to Zeus and monthly sacrifices were made to Augustus at which animals were distinguished from those offered to Zeus. The Greeks did not distinguish between deus and divus.