The Greek and Latin Sermon Tradition and the Preaching of Luther

A. The Greek Sermon Tradition
1. The Preaching of Christ and the Apostles
The Greek sermon tradition is based on the fundamental principle of interpreting Scripture through Scripture. Sermonizing in the synagogue is mentioned in particular Biblical readings, which are explained with a series of other, related passages [1]. Jesus followed the same method, as can be seen from the Gospel narratives. We are well aware that a complete picture of one of His sermons hasn’t been preserved, but from the extracts recorded by the Evangelists, the dominant feature is clearly the appeal to Biblical passages in support of His teaching. 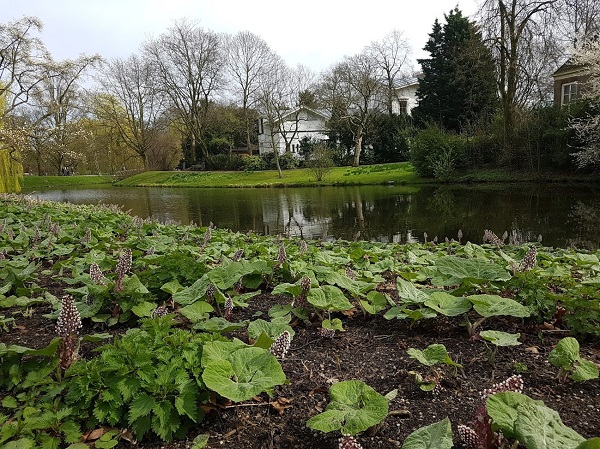 For example: Jesus’ first sermon in Nazareth (Luke, 4, 16-23), an interpretation of a passage in Isaiah (61, 1), is recorded as follows: And he came to Nazareth, where he had been brought up; and he went to the synagogue, as his custom was, on the sabbath day. And he stood up to read; and there was given to him the book of the prophet Isaiah. He opened the book and found the place where it was written, ‘The Spirit of the Lord is upon me, because he has anointed me to preach good news to the poor. He has sent me to proclaim release to the captives and recovering of sight to the blind, to set at liberty those who are oppressed, to proclaim the acceptable year of the Lord’. And he closed the book, and gave it back to the attendant, and sat down; and the eyes of all in the synagogue were fixed on him. And he began to say to them, ‘Today this scripture has been fulfilled in your hearing’. And all spoke well of him, and wondered at the gracious words which proceeded out of his mouth; and they said, ‘Is not this Joseph’s son?’.

This same Gospel passage also depicts the procedure of preaching in the Synagogue. The people would gather there on the Sabbath, sacred texts were read from scrolls brought to the speaker by an attendant, the speaker would read the extract standing and would then go on to give his exegesis. The criterion for the choice of the particular excerpt [2] and His more extensive commentary on them, that is ‘the gracious words which proceeded out of his mouth’ aren’t mentioned. The Gospel writer does, however, mention the reactions of the audience: all spoke well of him, and wondered at the gracious words which proceeded out of his mouth; and they said, ‘Is not this Joseph’s son?’.

In His sermon, Jesus interpreted the passage in Isaiah with two Biblical references: And he said to them, ‘Doubtless you will quote to me this proverb, “Physician, heal yourself; what we have heard you did at Capernaum, do here also in your own country’”. And he said, ‘Truly, I say to you, no prophet is acceptable in his own country. But in truth, I tell you, there were many widows in Israel in the days of Elijah, when the heaven was shut up three years and six months, when there came a great famine over all the land; and Elijah was sent to none of them but only to Zarephath, in the land of Sidon, to a woman who was a widow. And there were many lepers in Israel in the time of the prophet Elisha; and none of them was cleansed, but only Naaman the Syrian (Luke 4, 23-7).

His argument is based on the examples of two prophets:

a) Elijah (III Reigns, 17, 8-12) [I Kings 17-12]: ‘ Then the word of the Lord came to him, “Arise, go to Zarephath, which belongs to Sidon, and dwell there. Behold, I have commanded a widow there to feed you”. So he arose and went to Zarephath; and when he came to the gate of the city, behold, a widow was there gathering sticks; and he called to her and said, “Bring me a little water in a vessel, that I may drink”. And as she was going to bring it, he called to her and said, “Bring me a morsel of bread in your hand.” And she said, “As the Lord your God lives…’.

b) Elisha (2 Kings, 5, 1-14): ‘Naaman, commander of the army of the king of Syria, was a great man with his master and in high favor, because by him the Lord had given victory to Syria. He was a mighty man of valor, but he was a leper… So he went down and dipped himself seven times in the Jordan, according to the word of the man of God; and his flesh was restored like the flesh of a little child, and he was clean’.

[1] For more on the sermon in the Synagogue, see Hughes Oliphant Old, The Reading and the Preaching of the Scriptures in the Worship of the Christian Church, The Biblical Period, Volume 1, William B. Eerdmans Publishing Company, Grand Rapids, Michigan/Cambridge, U.K. 1998, pp. 94-110.
[2] Every Sabbath, in the synagogue there was lectio continua (continuous reading), while, on occasion, there was also lectio selecta (selected reading), when chosen passages were read for a particular feast.