The Theology of Gender – 15. The social dimension of matrimony in Byzantium

Although Christian marriage places spirituality at its center, the social dimension of matrimony was kept in the Byzantine era and Christians were under the civil law in all aspects of family life. Issues of betrothal were regulated by the civil courts[1] as were issues of adultery. For a better understanding of the canons of the Church on marriage, one must not ignore the fact that the authority of ecclesiastical law on the issue of marriage never superseded civil law. The Church did not legislate on behalf of the state; instead, her role was to protect the ethical dimensions of the legislation of society and safeguard Christian teachings in their practical application.[2]

Yet, over the years, Christianity influenced the culture of society in a quiet but persistent way. The main characteristic of the legislation of a society is that it is a result of time and place, which speaks to the dynamic nature of law. In the case of ecclesiastical legislation in Byzantium, there was a mutual interaction between civil and canon law, but God’s Law always acted as a safety valve.[3] The Church’s influence is obvious from the time of Constantine the Great and onwards, when the Church rejected the Roman law regarding uncontested divorces, which had been common practice up to that point.[4]

Essentially, in the history of Canon Law there are three principles that determined the value of civil law in the life of the Church: 1) The canons of the Church have the same importance as civil laws, with the former having primacy in cases of conflict; 2)  if civil law contradicts ecclesiastical legislation, the former is not applicable to the life of the Church; and 3) in the absence of ecclesiastical legislation, the judgment is based on civil law, provided that the second does not contradict the Christian ethos.[5] 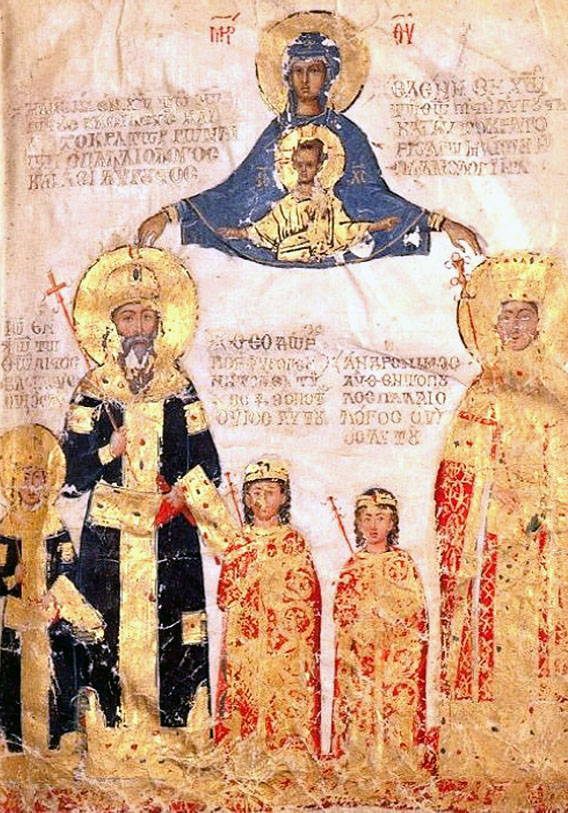 Regarding the third instance, the canons of St. Basil provide solutions to some practical problems which could not be resolved with the inadequate legislation of the Councils in the fourth and fifth centuries.[6] According to some scholars, the practice of the Church to ask the advice of Fathers that were well known for their high education and proficiency in the law derived from the Roman practice of rulers accustomed to require the opinion of experts in Law[7]. In addition to the canons produced at the major or minor Councils, the Church also adopted these opinions of the Fathers, and began using them even before they were officially sanctioned, for omissions in the ecclesiastical law. These canons of the Fathers were sanctioned by the second canon of the Council in Trullo at the end of the seventh century.

St. Basil, a specialist in civil and Canon Law, refers both to the legislation of the Church[8], and to the unwritten tradition and practice of the Church[9], as well as to written documents and canons of other Bishops.[10] St. Basil in his fourth canon[11] acknowledges the value of the custom and prevailing practices even if they are not sanctioned by the official Church. In view of that, the criticism that overlooks the authority of the canons issued by a single Father and argues that this can be a personal opinion without general authority is not a valid argument. From what research has revealed so far, the sources are obviously unified, complementing each other and in total agreement, thus composing a whole to which we refer today as “the canonical tradition” of the Orthodox Church.

It is logical that in the canonical tradition of the Church, the acts that were punishable by civil law are also punishable by the canons. Nonetheless, the discipline ensuing from either source is different both in manner and aim. For the secular legislator, the punishment of a crime is based on the premise that the criminal must suffer harm and bear a social stigma due to state’s condemnation.[12] This concept of punishment is characteristic in crimes of adultery during the Roman and early Byzantine periods, during which the sentence for adultery was mutilation (cutting off the adulterer’s nose). [13] In the Justinian legislation the husband had the right to kill the other man if he were caught in the act, while the woman had to pay a fine from her personal property and enter a monastery for two years.[14] At the end of the two years, if the husband refused to take her back, she was tonsured and stayed forever in the monastery.[15]

On the other hand, the view of the Church on punishing crimes is very different. The penalty required (ἐπιτίμιo) does not aim at causing harm[16] but is meant as a therapeutic method for the healing of the sin, which is viewed as illness of the soul. According to St. Basil, sin is not the transgression of a commandment but the loss of divine grace, which is a detrimental event for the human person.[17] In the life of the Church, the means for the healing of sin were excommunication for the laity and deprivation or suspension for the clergy, as was ordered by the first canons instituted in the post-Apostolic times. In later periods of the life of the Church, through the sacrament of confession some other sentences were introduced that were called επιτίμια (penances). These had a more spiritual content, requiring more fasting, prostrations, intensified prayer, aiming at the spiritual therapy and maturity of the sinful person.[18] These penances are as many as the passions they are expected to cure[19], offering the proper medication to each type of illness. In view of that, the canons that were discussed above, have as their aim the salvation of the human person through the restoration of the sinful self into communion with God and the other members of the Body of Christ. Most importantly, these canons did not try to safeguard the rights of men or suspend those of women, but treated both with respect to their needs and not their gender.

Canon 113 of the Council of Carthage reveals that Canon Law was not sufficient on issues of marriage, which made the use of civil legislation as necessary.[20] The support of the state was not guaranteed throughout Byzantine history, but during the last centuries of Byzantium, the Church’s law often replaced civil law, and the ecclesiastical courts frequently dealt with cases that should have been the object of civil law. Nevertheless, ecclesiastical courts handled such cases with a pastoral spirit, disregarding civil legislation and insisting on the penances ordered by Canon Law.[21] This practice reveals that in Byzantine society the two authorities, church and state, did not have separate roles.

[8] Apostolic canons and canons of the synods.

[14] This practice was an influence from the Church. This influence is characteristic in many Justinian laws.