The same line was followed in the Greek-speaking tradition of preaching. In the 4th century, the sermons of the Church addressed to the people were composed in the Atticizing dialect, the only language that was taught [8]. They were embellished by figures of rhetoric, and, in a meticulous, virtuoso, style of language, Scripture was interpreted by Scripture, expressing the spiritual experience of the people deriving from their participation in Christ’s glory. The structure of the homily followed the order of the text and interprets a sentence by including all the elements of the reading and by references to other passages in Scripture. This form was prevalent throughout the Greek-speaking East and, in general terms, is still practiced today. Its main feature is the reference to the Biblical reading and the Biblical support for the interpretive approach of the speaker. 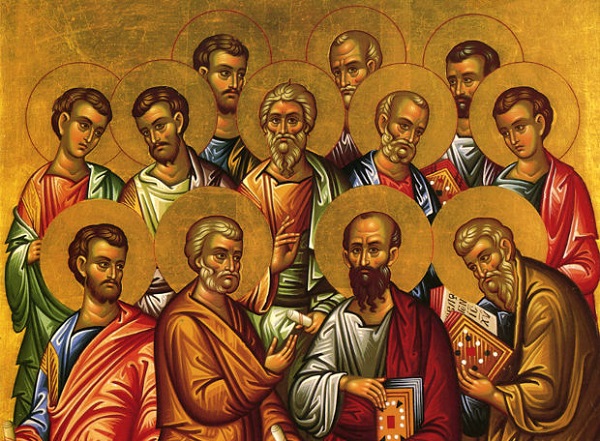 B. The Latin-speaking preaching tradition
The Christian sermon with the characteristics of a distinct literary genre is also to be found in the Latin-speaking Patristic tradition of the early Christian centuries. The sermon had its proper place in the Mass, interpreted Scripture and was based on the Patristic tradition. As time went by, because of the difficult external historical conditions which arose because of the invasion of Western Europe by various tribes, the impossibility of educating the clergy properly and the arbitrary interpretations which crept in led to the abandonment of the sermon after the reading of the Biblical texts at the Mass, its gradual devaluation and, essentially, its decline [9].

1. Early Middle Ages (5th-8th c.) [10].
There are references from this time to Homilaria which interpret the Biblical readings of the Sundays of the year, based on Patristic interpretations, directed to a variety of audiences, both in agricultural and other regions. Some link catechism to the Mass, others are manuals for preachers, and others again contain only homilies. At the beginning of the 8th century, the Homilarium of the Venerable Bede and the Lectionary of Luxeuil [11] testify to Patristic influences. There are not many traces of homilies from the conversion of the Germanic tribes to Christianity. From indirect sources, it appears that they were, in the main, instructional and that the recipients, who sometimes reacted positively and sometimes not, were distinguished for their religious sensitivities. The difficulties lay, for the most part, in the lack of appropriate terminology in Germanic to rendertheological terminology. The Mass was celebrated in Latin, and the sermons were preached in Latin, with a simultaneous translation in Germanic. Emphasis was placed on veneration of the saints as opposed to pagan mythology. In contradistinction to physical violence, spiritual violence was promoted, which focused on fear and God’s judgment. Charlemagne’s well known capitulary ‘Admonitio generalis’ [12] defines the aim of the sermon: faith in the Holy Trinity, the incarnate Son Who died, rose and ascended. In other words, it focuses more narrowly on the content of the Apostolic Creed, the teaching of the Creed and the Lord’s prayer, as well as matters of a moral nature. The Council of Tours, which followed in the year 813, explicitly stated that sermons should be given in ‘rusticam Romanam linguam aut Theodiscam, quo facilius cuncti possint intellegere quae dicuntur’, i.e. ‘in Low Latin or in Germanic so that all can understand more easily what is being said’. The learned preachers used Latin and interpreters would have put the sermon into simpler language for the congregation. A consequence of Charlemagne’s active interest was the frequency of sermons on Sundays and feast-days, not only in the cities of the time, but also in rural areas. The popular Homilarium of the Italian scholar, Deacon Paul, was also in widespread use [13].

2. Late Middle Ages (12th-14th c.)
The ideal of the true Apostolic life which was pronounced in ecclesiastical circles in the West in the 11th century, provided impetus to the movements of lay preachers. This was linked to the more general trend towards insistence on the New Testament, translated into the local language, with adaptations and philological explanations of the text, unlike the non-literary style of the monks. These movements were the Humiliati (Humiliated), Poveri Catolici (Poor Catholics) and the Poveri Lombardi (Poor Lombards), which provoked adverse reactions towards them on the part of the institutional Church and led to them being persecuted. An understanding was reached with the Humiliati, however, and they were allowed to continue preaching, provided the local bishop gave permission. The activities of Saint Francis of Asssi were part of this movement of ‘Poverelli’ (Little Poor). During the 12th century, monastics sermons tended to be restricted to their monasteries, except in the case of those monks who were also priests. At the famous School of Saint Victor, an Augustinian abbey on the Seine near Paris, the sermon assumed an important place in the daily programme of teaching: a sermon every morning, study of texts by Origen and Augustine, the Psalms, Prophets Job and Ezekiel, private study and extensive use of the rich library of the abbey.

[8] The establishment of Atticism was due to the classical curriculum which the orators and Sophists taught in their schools, in particular the trivium (grammar-rhetoric-dialectics) and the quadrivium (arithmetic, geometry, astronomy, and music.
[9] George Kennedy, A new history of classical rhetoric : with additional discussion of late Latin rhetoric. Princeton University Press 1994.
[10] See Ottorino Pascuato, Predicazione nel Medioevo, Dizionario di Omiletica, a cura di Manlio Sodi-Achille m. Triaca, Editrice ELLE DI CI – EDITRICE VELAR, pp. 1223-30.
[11] Luxeuil: A Benedictine monastery in Burgundy founded at the end of the 6th century (585-590), by the Irish missionary Columbanus. It became famous for its school and the cultivation of letters at a time when illiteracy was widespread.
[12] Published in 789. For more on this, see Dimitra Koukoura, Η σπουδή στη Θεολογία, Barbounakis, Thessaloniki 2016, pp 84-9).
[13] Author of the historical work Historia Longobardorum, of the Commentary on the monastic rules of Saint Benedict and of a Homiliarium. He was a distinguished teacher at Charlemagne’s Schola Palatina Aquisgrana, together with Alcuin and Einhard.