The Creation of the World: The Crossroads between Theology and Science [3]

Beyond the checking of prevailing theories, which is inherent in the research process[11], and the required investigation of all alternative proposals, which will provide the answers sought for, it’s difficult to avoid the observation that one point which encourages the need for a recourse to forms which by-pass the established cosmological model of the Big Bang, has to do precisely with its close relationship with the religious version of the creation of the world. Indeed, acceptance of the beginning of the universe from a particular time is more in tune with the Biblical (if not other) narratives concerning the beginning of the world through divine will and intervention. 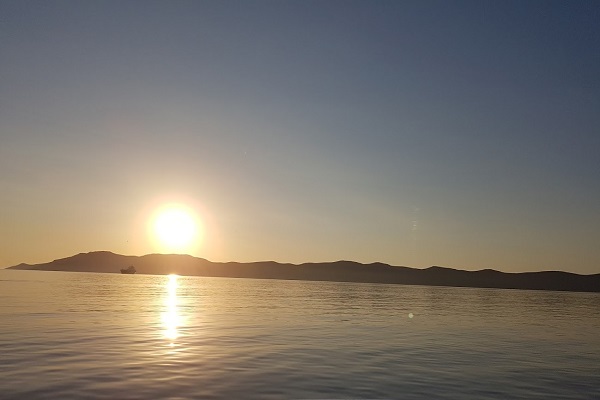 This is where things take a different turn. On the one hand, there’s the- probably- dominant current of the agnostic/atheistic tradition, which is followed by the majority of the scientific community. It’s inevitable that the closeness of the cosmological discoveries of the 20th century to the traditional religious concepts has brought the adherents of the agnostic/atheistic tradition into an unprecedented state of consternation, if nothing else[12]. On the other hand, representatives of ecclesiastical, theological circles and so on, who accept the existence of a personal Creator are often overcome by an apologetical fervor which impels them to an (over)exploitation of the data provided, against all hope, by Science, that is, a realm which is responsible more than any other for the deterioration in the social prestige of religious concepts[13]. Not infrequently, apologetical arguments have transformed into triumphalism, which, in turn, reinforces suspicion of the ‘other’ side and reservations regarding the cosmological model which has been established.

Things don’t always have the simplistic form which we’ve just described, however. Many people do not consider it coincidental that the Big Bang theory goes back to the proposals of a Roman Catholic priest, while there are clear indications that the less well known Alexander Friedmann, whose thinking was in the same direction, was a faithful son of the Orthodox Church in post-revolutionary Russia. On a profound theological level, it’s worth noting that Saint Basil the Great, in his interpretation of the six days of creation as these are described in the book of Genesis (which was formulated, of course, in accordance with the scientific knowledge of his day), speaks of the unity of space and time in the world[14], which is precisely what is claimed by the Big Bang theory, which takes no position on the question of what existed before the explosion, since this is not conceived as an event within space but as an act of creation of space and time. The expansion of the universe is explained in exactly the same way: it’s not conceived of as an expansion within space, but as an expansion of space itself[15].

This dimension was clearly evident in the mind of the originator of the Big Bang theory, Abbé Georges Lemaître, who was very careful in his formulations and was always mild in his expression of them. He worked hard, and successfully, to prevent Pope Pius XII from coming out publicly (and obviously enthusiastically) in favour of the Big Bang before things had been properly clarified[16]. This did not prevent him, of course, from frequently talking about the beginning of the universe as a ‘day which had no yesterday’[17].

[11] We should certainly add that this checking is not restricted to the theoretical field, but also to observations and experimental controls. Naturally, the latter is dependent on our technical abilities, that is the experiments we’re in a position to carry out at very high energies, which, as can readily be understood, is not an easy undertaking. At these energies we can approach the initial conditions of the universe and can understand the developments which occurred then.
[12] Hoyle himself (clearly promoting the need for acceptance of his own model) stressed that a model of the universe which posited a beginning inevitably requires a being outside it who would be responsible for this beginning, see Astronomy Today, Heinemann, London 1975, p. 165; idem, Astronomy and Cosmology: A Modern Course, W. H. Freeman, San Francisco 1975, p. 658. On Hoyle’s systematic ‘wagering’ on the religious implications of the Big Bang theory, see Helge Kragh, Cosmology and Controversy, Princeton University Press, Princeton 1996, pp. 253-4. We should, however, add that- as in other cases- there were religious-minded scientists (the most prominent being the American physicist, Robert Millikan), who believed that the Steady State model of the universe was more in tune with religious notions. Somewhat similar was the case of the above-mentioned proposal of kinematic relativity, see Kragh, ibid, pp. 66, 249 ff.
[13] Typical of the climate which obtained (at least in the mid-20th century) in the ranks of the religious-minded regarding the position of their convictions towards the concepts and perspectives opened up through the emerging prevalence of the Big Bang theory was the case of Ralph Aphler. Aphler (1921-2007) was a cosmologist who worked with George Gamow and was a main contributor to the establishment of the Big Bang theory (in the field of nuclear synthesis) and, as he says, although he himself had not declared any religious views, he had received many letters from people thanking him and assuring him that they would pray for his soul and his salvation. See Kragh, ibid., p. 112.
[14] ‘Thus was created, of a nature analogous to that of this world and the animals and plants which live thereon, the succession of time, forever pressing on and passing away and never stopping in its course’, On the Hexaemeron, Homily 1, PG 29, 13b. Cf. ibid, 13A. Cf. Gregory the Theologian, Discourse 38, 8, PG 36, 320B: ‘For eternity [αἵων] is neither time nor part of time; for it cannot be measured. But what time, measured by the course of the sun, is to us, that Eternity is to the Everlasting, namely, a sort of time-like movement and interval co-extensive with their existence’.
[15] See Stavros Avgoloupis, Αρχή & τέλος. Η ιστορία του Σύμπαντος. Εγχειρίδιο Κοσμολογίας – Αστροφυσικής, Planetarium of Thessaloniki, Thessaloniki 2009, pp. 18, 35.
[16] See Simon Singh, Big Bang, op. cit., p. 417. The restrained position which Lemaître held was widely recognized, see Kragh, op. cit., p. 60..
[17] See Georges Lemaître, The Primeval Atom. An Essay on Cosmology, Van Nostrand, New York 1950, p. 133; Mark Midbon, ‘“A Day Without Yesterday”: Georges Lemaitre & the Big Bang’, Commonweal Magazine 127 (6), March 2000, pp. 18-19.