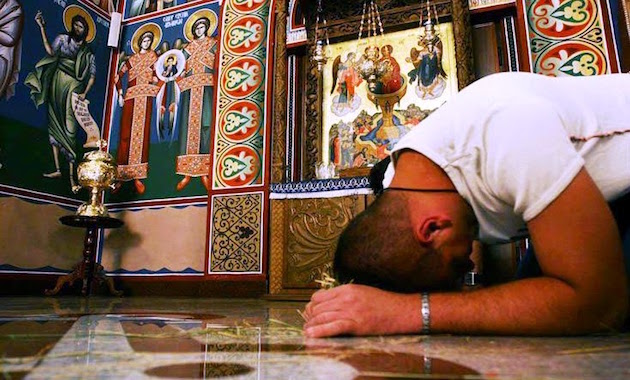 The passion of conceit is present in some form in almost everyone, which is why the Lord begins the Beatitudes with this point. He highlights the pride lurking in our character as another ancient evil. He enjoins us to imitate Him, Who of His own will became poor and Who is, in truth, blessed. In this way, we will draw down upon us a share in His bliss, since we’ll have become like Him by voluntarily becoming poor, insofar as we can and depending on who we are. Saint Paul tells us (Phil. 2, 5 ff). to be of the same mind as Christ, Who, although He is God, did not regard His equality as something to be exploited. Instead, He emptied Himself of His divinity and took the form of a servant.