“Difference without Division. Communion and Otherness”

Difference without Division. Communion and Otherness

In his foreword to Communion and Otherness, Rowan Williams, the archbishop of Canterbury, calls it “a great book and a converting one.” Williams warns that readers will have to work hard to understand parts of the book, and he is right: this is not an easy read, but it is very much worth the effort. John Zizioulas, an Orthodox bishop whose title is Metropolitan John of Pergamon and who has taught for years in Scotland and England, bases his work solidly in the Orthodox tradition while looking also at Levinas, Buber, Heidegger, Husserl, Lacan, and other more recent thinkers. Like many Orthodox writers, Zizioulas is sometimes critical of Western theology (Williams suggests he might not be entirely fair to the Augustinian tradition), but he is equally hard on certain Orthodox theologians. The book includes an exchange between Zizioulas and the Orthodox writer Philip Sherrard that clarifies Zizioulas’s opposition to the Platonism he believes has corrupted much Orthodox thinking, particularly in its consideration of life after death. 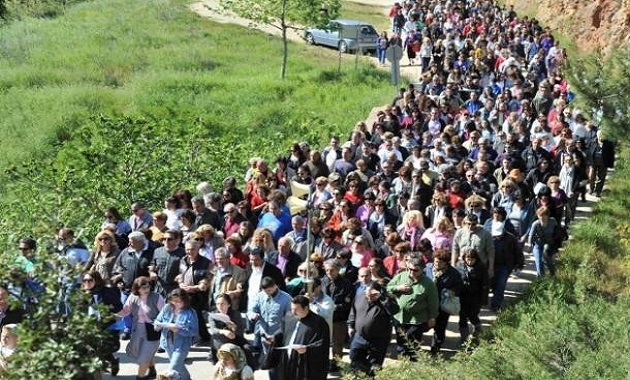 Communion and Otherness is a collection of some previously published pieces together with three new essays. Zizioulas’s earlier Being and Communion (1985) emphasized relationship and communion as elements necessary for unity. The central idea of the new book is otherness. Zizioulas insists that it is essential to Christian ontology—essential, that is, to a Christian understanding of being. “Otherness as an ontological category for both the Creator and his creation emerges as a logical imperative when creation is conceived of as an act of freedom,” Zizioulas writes. God as creator is radically different from, and independent of, his creation: he did not need to create but did so freely, gratuitously. As Zizioulas puts it, God is radically “other.” “Otherness in this case has to be ontological in character or else freedom…disappears: the Creator would be bound up radically with his creation.”

The Creator was bound up with creation in Greek philosophy. Zizioulas makes it clear that much early theology, especially the work of the Cappadocians (Basil, Gregory Nazianzus, Gregory of Nyssa, and Amphilochius) and that of Maximus the Confessor, was a struggle against the assumptions of the Greeks, who saw God the creator and creation as part of the same whole. Otherness—that the creator is other than his creation, and creation other than its creator—makes it possible for God and the world to be truly themselves. This otherness is both a consequence of the biblical teaching that the world was created by God from nothing and a necessary condition for God’s freedom—and so also for ours. After all, a God who needed to create would be in some way dependent on his creation, and this dependence would be at odds with his perfect freedom.

Here below, in a fallen world, we feel threatened by all otherness. We identify difference with division, Zizioulas writes, and “when difference becomes division, communion is nothing but peaceful co-existence.” In a creation redeemed and perfected, the world as God finally means it to be, communion and otherness co-exist as they do in the Trinity, where God is simultaneously one and three. Otherness, finally, “is inconceivable apart from relationship. Father, Son, and Spirit are all names indicating relationship. No person can be different unless he is related. Communion does not threaten otherness; it generates it.”

The play between otherness and communion, which is the main theme of this book, generates some fascinating observations about many other things—for example, about the inadequacy of ethics where love of the other is concerned, about death and eros, and about the tragedy of our longing for a true personhood that we sense we do not yet possess. When we recognize this tragedy, we know that “we cannot transpose our concept of person to the being of God. It is the reverse we should do, namely allow God’s way of being to reveal true personhood.”

Zizioulas is particularly good in dealing with our sense of God’s absence. Facing death, any human being experiences the threat of nothingness “not as a sort of acceptable ‘nirvana,’ but as a painful absence, which makes him long for presence. The fact that this absence remains unacceptable to man is due to his personhood, which drives him toward communion, and this is what makes faith a possibility for him: he is confident of presence in spite of absence.” The author connects this with the Cross:

Just as by frankly facing absence man becomes capable of faith in presence, in the same way by facing suffering and not turning away from it with the help of various “securities,” man affirms his freedom in a negative way…. But the important thing in human existence is that the only way to abolish [suffering and death], the only way to conquer them, is freedom, and this implies the freedom to undergo them. The Cross is finally the only way to the Resurrection, and this does not take away from the Cross its utter shame and repulsiveness.

The work of Maximus the Confessor is a major influence on Zizioulas’s thought. Early on he points out that Maximus connects the truth to the things of the future, and this eschatological sense informs the whole book. Toward the end he tells us, “the word comes to us not from the past but from the future; it is an echo of things to come.”

What I love most about this book is its sense of existence as God’s gift to us and to all of creation, a gift Zizioulas places firmly in a eucharistic context. Because existence is a gift, he argues, atheism can be seen as a form of ingratitude. Faith means being grateful to every other being and finally to God himself, the ultimate Other and “the author of all otherness. This kind of faith offers no security of rational conviction. The only certainty it offers lies in the love of the Other. The only proof of God’s existence is his love—demonstrated by our very being, in otherness and communion. We are loved, therefore he exists.”

This article was first published by Commonweal, on April 11, 2008, and is posted here with permission.