The Creation of the World: the Crossroads between Theology and Science [5]

The matter of the creation of the world is, in itself, a field where the religious and scientific views of the world meet. Any investigation of this ‘world-shattering event’ would certainly involve pausing to remark on the dynamic which is evolving in the ranks of the scientific community. Ideas come and go, arriving and departing, and all the time constantly being tested against observable data[24]. This dimension is of importance when the scientific view is contrasted with the religious concept of creation. The religious concept appears to be static and well-established in sacred texts, which were written when an entirely different world-view prevailed, and in social environments with a completely different educational composition from our own. 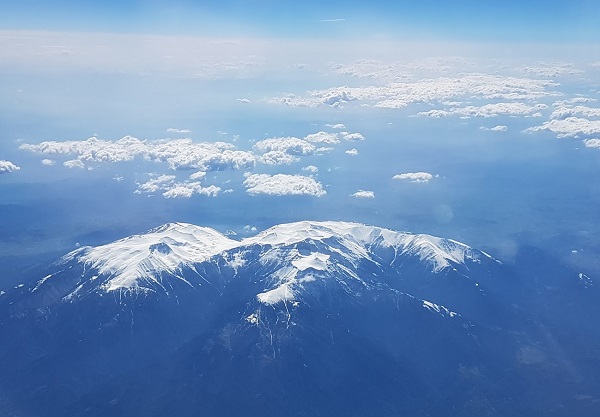 Very often, religious objections revolve around the (relatively) short life-span of scientific theories and this is not entirely unfair. It can be forgotten, however, that scientific positions, at least during the last few centuries, have been well grounded in the timeless language of mathematics[25].

But this has more to do with those apologists for religion who (from insecurity or a need to dominate[26]) choose a confrontational or censorious stance towards scientific views of the world and its creation. This attitude in no way expresses the spirit of Church tradition.

In the first place, and contrary to what is widely believed today, the tenor of ecclesiastical literature is especially positive towards research[27]. Besides, it’s accepted that it’s possible, through the study of nature, for someone to be brought to the Creator Himself, since a receptive mind can recognize Him in His creation[28]. This is precisely the reason why many researchers understand their research as a kind of prayer, because, through the study of nature, as they themselves confess, they come into direct contact with the works of the Creator and wonder at His wisdom[29].

Even more so, God is understood in a personal relationship. Not as an invisible entity, as a general principle which governs the universe. Often in the past, and also more recently, the apologetic method was content to present God as the presence necessary to deal with the gaps in scientific research. He was the ‘God of the gaps’. A genuine attitude to the natural world- liberated from the anxiety for confirmation- seeks a personal character, a relationship with things which transcends cold detachment from them and a dry, intellectual approach. Fr. George Coyne, an astronomer at the Vatican Observatory, expressed that attitude clearly: he said he tried to understand a universe which was created by the God Who loves him and that he’d rather have a Father God than an mechanic who fixes the gaps[30].

This moral dimension of scientific research, which largely confirms the dynamic of the natural philosophy we mentioned at the beginning, is complemented by another feature: irrespective of their metaphysical positions, scientists engaged in research as a rule display a kind of humility and moderation which is hard to find in our own Church thinking (despite the promotion of the via negativa and of humility as a virtue). This is due precisely to the recognition that, despite the impressive progress which has been made in our understanding of the world, there are still many unknown areas which demand that we restrain our cognitive enthusiasm[31].

Finally, as regards the central issue of one’s conviction regarding the creation of the world, it’s worth noting that the dimensions of our God-given freedom are enlarged in a fundamental way in this case. If we agree to retain the congruity between content and the underlying principle behind it, then the principle of personal freedom gives us the answers we’re seeking. A Being Who creates the world freely chooses to do so in such a manner that He is freely recognizable through His creation! He can be recognized through the manner of creation and also through the things created, though not in a binding fashion. Such a constraint would violate human freedom in a subtle but substantive way. Again, it’s the position of each individual and the perspective they have on their kind of relationship with things which defines the answer in the end. And that is to be entirely respected.

[24] Indeed, despite their common features, the cosmological models which were developed both in antiquity and in the medieval period manifest an impressive variety as regards the breadth of the proposals.
[25] Galileo insisted that the book of nature was written in the language of mathematics. Moreover, the confirmation of heliocentrism came when Isaac Newton gave mathematical form to the laws governing the motion of the planets.
[26] And, it may well be, from a lack of real faith. Francis Bacon (1561-626) said that a little philosophy leads to atheism, but more brings us close to religion. See Essays, XVI, Of Atheism, John Parker & Son, London 1856, p. 135.
[27] See, for example: ‘Let us not be hesitant towards research’, Basil the Great, Εἰς τὴν Ἑξαήμερον, Ὁμιλία Β΄, PG 29, 29A (On the Six Days of Creation); ‘Let us search hoping to discover and let us discover hoping to seek’, Saint Augustine, De Trinitate 9.1.1, PL 42, 959; ‘The reason why God created it for you to investigate is because this knowledge is powerful’, Maximos the Confessor, Δ΄ Εκατοντάδα περί αγάπης, 5, Φιλοκαλία, τ. Β΄ (4th Century of Love, 5, Philokalia, vol. II).
[28] See, for example: ‘Yes, on the one hand [God] is not visible, but He’s most manifest in things which are visible’, Anthony the Great, Directions 54, Philokalia, vol. I. People can, in fact, through natural revelation, understand even fundamental points of the divine existence: ‘Will there be no proof from the things created that there’s a creator? Or that some things invisible are known from the visible? Will you not even accept Saint Paul when he says: “For since the creation of the world, his invisible attributes have been understood and observed by what he made”. You, however, claim that everything divine is beyond all contact and knowledge… But I understand from creation not only that there’s a creator, but also that He’s O ne. Because I see that everything came from non-being at the behest of one and the same will, wisdom and power. One will, one wisdom and one power means one nature. Therefore God our Creator is one in his nature’. Gregory Palamas, Πρὸς Βαρλαὰμ 2, (To Barlaam 2) in Panayiotis Christou (ed.) Γρηγορίου του Παλαμά Συγγράμματα, vol. 1, Thessaloniki 1962, pp. 274-5.
[29] See Riccardo Chiaberge, La Variabile Dio, Collana Il Cammeo, Milan, Longanesi, 2008. In one sense this prayer takes place in the temple made directly by the Creator, see Elizabeth Theotokritoff, ‘Cosmic Priesthood and the Human Animal. Speaking of Man and the Natural World in the Scientific Age’, in: Assaad Kattan – Fadi Georgi (eds.), Thinking Modernity, Daccache, Amchit 2010, pp. 105-31, here p. 110.
[30] See Riccardo Chiaberge, op. cit.; Cf. John Polkinghorne, Science or Theology.
[31] In other words, these scientists support Saint Maximos the Confessor’s exhortation: ‘If you wish to acquire modesty, turn to the knowledge of things. There you’ll find that you don’t know what caused them to be’, Γ΄ Εκατοντάδα περί αγάπης (3rd Century on Love), 80, Philokalia vol. II.