On the Peculiar Way Christ Saved the World

If you were God and chose to be incarnate for the purpose of redeeming fallen humanity, what method of redemption would you choose?  What sort of earthly life would you ordain for yourself?  If (you forbid) you are like me, then you would save mankind without incurring any inconvenience to yourself.  You would choose to be born into a wealthy family, and discharged from a first-rate hospital (your mother would be assisted by a celebrity doula, of course).  You would belong to a free and powerful nation.  You would live in the most technologically-sophisticated era so that you can enjoy the greatest comforts that human society can afford.  You would destine yourself to inherit or acquire power.  Needless to say, you would be spectacularly attractive.  Lastly, if you gave yourself an expiration date – and that only because you would eventually tire of earth’s limited pleasures – it would be set after an exceptionally long life that would end nobly and painlessly.  Why would you choose otherwise? Would you not enjoy all that your creation has to offer while redeeming it? 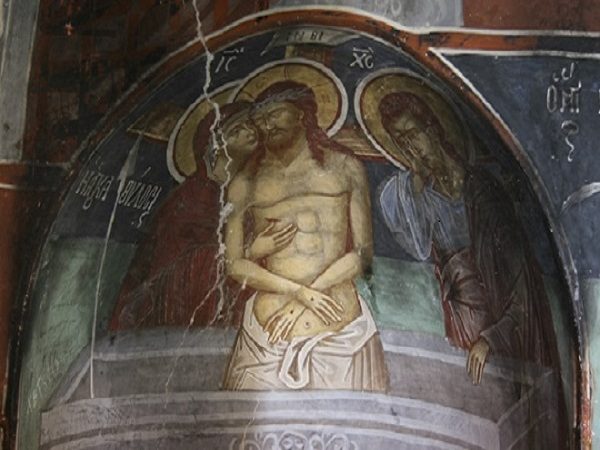 Now, after having performed this mental exercise, contemplate the earthly life that God actually chose.  The creator of all, the very source of power, beauty, and existence itself, chose to be born into a poor family and a subjugated people.  Instead of being delivered at a top-tier hospital, he was born among farm animals. He spent his short life in the first-century (two-thousand years before the advent of the smart phone!).  With “neither comeliness nor beauty,” He chose an appearance “inferior to that of other men” (St. Clement’s First Epistle to the Romans).  He ruled over no earthly kingdom and submitted to an ignoble, torturous death at the young age of thirty-three.  Despite His omnipotence, Christ so identified with the poor and weak that, were he to be born among us today, we might imagine an initially skeptical “Nate” asking whether anything good can come from Centreville, Illinois (see John 1:46).

The Christian story, in short, completely shatters our natural expectations of how an incarnate god would live.  Fallen man is like one who, through his own fault, clumsily fell into a hole from which he cannot escape on his own.  While we might presume that there are countless ways in which God could choose to rescue him (if I were God, I would merely think him out of his trap), the actual God who rescued us from our hole did so in a mysterious, incomprehensibly compassionate way – It was through his act of leaping into the hole and sharing the pain of our fall that he succeeded in rescuing us from our darkness and isolation.  Whereas the god of our expectations would, at the most, be content to alleviate our suffering, the all-loving God of Christianity says to us, “I will save you, beloved, but not without sharing your suffering.”

It is both a self-evident and scientifically supported fact that humans are drawn to humble people.  If we were to put the matter in scientific terms, we could say that, all things being equal, one’s love for another should increase in proportion to his level of humility.  In this essay I provided a brief sketch of a god who perfectly exemplifies this virtue, and it therefore accords perfectly with one’s nature to love Him with his whole being.  Whereas before the Incarnation, a Law compelled us to love God, today, our hearts compel us.

[1] Many thanks to Fr. Joseph Lucas (Associate Priest at Christ the Saviour Orthodox Cathedral, in Miami Lakes, Florida) for reviewing this essay.